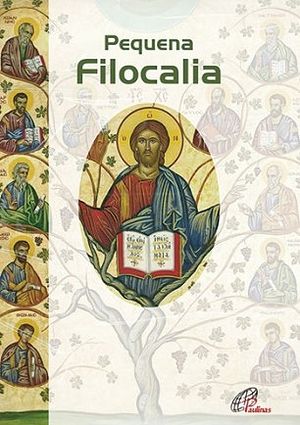 The Patristic works were translated from ancient Greek by Portuguese translator António de Almeida and compiled and edited for publication by Igumen Arseny (Sokolov), representative of the Moscow Patriarchate to the Patriarchate of Antioch and All the East.

Editor for the “Paulinas” publishing house Rui Oliveira expressed confidence that the book will not only be read with interest by Portuguese-speaking readers, but for many of them will be the opening of the Orthodox ascetic tradition.

The Philokalia of St. Macarios of Corinth (1731–1805) and St. Nicodemos of the Holy Mountain 1749–1809) was first published in Venice in 1782. Since the eighteenth century, this collection has been the foundational work for all Orthodox spirituality, both Greek and Slavic. Since the time of publication of this book containing 1206 pages in the Greek original and representing over thirty authors, it has been printed in abridged forms and translated into various languages—most notably Slavonic, Russian, modern Greek, Romanian, English, French, and Italian. The Fear of God
Professor Alexei Osipov
What the person with fear of God fears, how Christianity changed our concept of God, and why a thief was the first to enter paradise—Professor Alexei Ilyich Osipov discusses these questions. Seeking the Depths: the history of the Philokalia
Fr. Maximos (Constas)

Seeking the Depths: the history of the Philokalia
Prayer of the Heart in an Age of Technology and Distraction, Part 3
Fr. Maximos (Constas)
We’re all drawn to beautiful things, and of course the beauty that inheres in all beautiful things is the beauty of the Divine. The ultimate beauty that exerts its magnetic pull on us is not a beautiful face, or landscape, or piece of music, but it is the beauty of the Divine which is refracted or reflected in these earthly beauties. “Philokalia” means the love of the beautiful. A New Eucharistic Community Formed In Central Portugal
The service became possible thanks to numerous requests from the faithful of the Russian Orthodox Church residing in the region.
Comments

Panagiotis10/31/2022 11:23 pm
Good evening I want to send the book of philokalia in Portuguese language to Mozambique How it's possible?