I Went to Jerusalem and Saw an Elder There 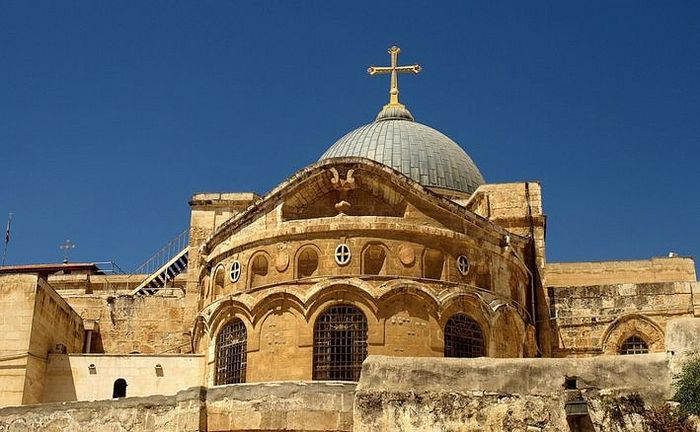 One of the signs of spiritual progress is to stop seeking supernatural spiritual experiences:

“Oh, Batiushka, this icon moved! And that one is streaming myrrh!”

“Ok, and what of it? And what happened with you afterwards? Or did you just stand in front of them saying ‘oooh’ and ‘aaaah?’”

“Father, I’ll tell you something amazing! I went to Jerusalem and I was just in shock there, and then…”

“Well, what then? What changed in your life?”

Once someone told me,

“I went to Jerusalem thirty-five times and saw an elder!”

“And what did you achieve from it—that you saw an elder?”

“I mean, not everyone sees him, but he even received me!”

“Bravo! And what of it? Is it really some great success? It’s all external. Do you really think Christ is going to ask you at His Second Coming, ‘Which saints did you see?’ and that’ll be it? And if you went to Jerusalem, He’s going to ask you if you went there at least ten times? And you will say, ‘No, only three times.’ ‘Ahhh, three—it’s less than ten!’”

Is this really the spirituality that has been cultivated in your soul? For example, I saw Elder Porphyrios, and Elder Paisios, and Elder Jacob. Is it really just because I saw them that something magically changed in my life? Christ was right there with the apostles, but nothing changed within Judas, and what’s more, he even betrayed Christ. The apostle Peter denied Christ, and Thomas also showed unbelief, but the Lord was with them.

To talk about where you have been, who you know, who you talk with—it’s not enough. I know people who have never been to Holy Mount Athos because they’re paralyzed. I know women who have never been to Jerusalem because they’re poor and have many children, but they always have the joy of the Resurrection and the Tomb of the Lord in their hearts. I’m not saying not to go—go. But just to go and return the same as before is not enough. That’s what I mean.

What does spiritual progress mean? Do you remember what Christ said to the holy apostle Peter?

The apostle Peter asked what would come of the Evangelist John, and the Lord answered him,

“And what’s it to you? Perhaps John will remain here until the Second Coming. The question is what will you do with Me?”

What benefit have you drawn from your pilgrimages? One lady returned from an Akathist to the Most Holy Theotokos, and got into a serious fight with her husband. Her son said, “She came home after the Akathist and just started fighting. And before that she went and got her hair colored at the hairdresser. So what did she get from the Church; what did she learn; how did she change?”

And others therefore don’t change, having seen that we have not changed. And we are good in word only. I am the same. My father told me this two months ago, because I was always ducking his calls, being too busy and having taken on too many commitments. He said to me, “Hold on, hold on, don’t hang up. I’ll talk quickly. Why are you so kind to everyone and so harsh with me?”

The phone was dangling in my hands. I said, “You’re right, forgive me.”

I’ll tell you the reason for this. He didn’t talk to me when I was young, and now that he is retired and totally given up his work, he always wants to talk. So I got a little annoyed and told him that he paid no attention to me my whole life, and now, when he’s 72, “you want us to talk on the phone?”

However, he was right in that I talk to people one way, and another to him. Do you understand? Real progress is not to make a spectacle, but to show your true face. Become who you should become, and then the other will understand it without any words. He will draw closer to you and love you.

A wife tells her husband she loves him, and that for her there’s no other, but it’s unconvincing. There’s no need to talk about it when it’s true—a wave of truth, warmth and love will flow from you to others. A sharp dressed man
Fr. John Moses
You’ve heard it said that “clothes make the man.” If that is true then I am an unmade man.

Anthony5/5/2017 2:38 pm
This article is very bah humbuggish. How many people have met Gerondathes and Gerontisses and changed for the better. Look at the writings we have about Geronda Paisios, Iakovos Chalikis, Porfirios and others and you will see how people changed for the better. So this priest shouldn't be so quick to dismiss meetings with the gerondathes and gerontisses. It is a great blessing for most. We should rejoice over these miracles. And again I say rejoice.
×