St. Maelrubha of Applecross
St. Maelrubha (Maolrubha) has been venerated as one of the apostles of the Picts in Scotland and of Skye—a mountainous island in the Inner Hebrides that is now linked to the western shore of Scotland by a bridge. This saint is mentioned in many Irish annals of the time. Unfortunately, there is no extant hagiography of him, although he is mentioned in the Lives of other contemporary saints and in the later Aberdeen Breviary. Maelrubha was born in 642 in Ireland in what is now County Londonderry. The future saint was descended from King Nial of Ireland and his mother was a niece of the saintly abbot Comgall of Bangor. He took up monasticism and until 671 lived and studied in Bangor Monastery in present-day County Down. It was there that he was ordained a hieromonk.

Wishing to imitate St. Columba of Iona, who had lived 100 years before him, Maelrubha decided to evangelize the pagan Picts in Scotland. Thus, in the year 671, together with a group of monks he moved to Scotland where he first lived on the famous Isle of Iona. In the Scottish lands the saint of God led a perfect ascetic life and was noted for his piety, learnedness, and the many miracles that he performed. In the first two years of his life in Scotland, Maelrubha travelled extensively in the Argyll region in the west where he founded many churches—there are sites dedicated to the saint in those places to this day.

St. Maelrubha was the founder of the monastery of Applecross (the original name: Aber Crossan) on the very northwestern coast of Scotland in the present-day Highland region. At that time it was the land of the Picts. The date of the foundation of Applecross monastery is 673. It was from there that the revival of monastic traditions in Scotland began. Later a notated Paschal table was produced there. The very name “Applecross” is derived from an old Gaelic word meaning “sanctuary”. Originally this monastery of St. Maelrubha was surrounded by crosses marking the border of the monastic settlement. Unfortunately, only one of those crosses partly survives within a farm. According to the annals of the time and other sources, Applecross was a significant Christian and monastic center of that time from whence the Orthodox faith and Gaelic culture spread rapidly over the north of Scotland. Presumably monastic life in Applecross flourished until the ninth-century Viking raids. 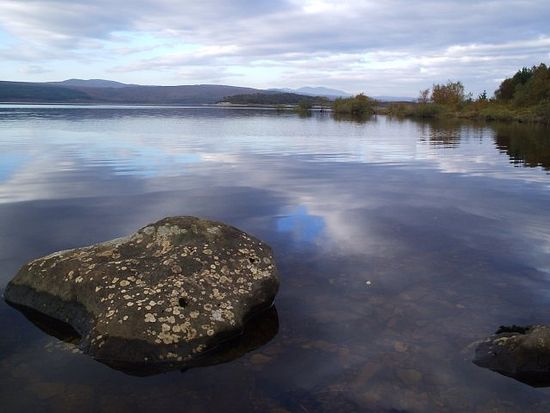 Using his monastery as a base, Maelrubha undertook much very active missionary work, sowing the seeds of Christianity everywhere. In particular, he enlightened the island of Skye along with neighboring areas and converted their inhabitants to Christ. Then he moved north and reached the sea loch (a Scottish term for an arm of the sea) of Loch Broom in Ross and Cromarty. The venerable man enlightened most of the island of Lewis and Harris, the towns of Forres and Keith in the Moray region, preached in Farr and Durness in the Highlands and travelled as far as the freshwater lake of Loch Shin in Sutherland. 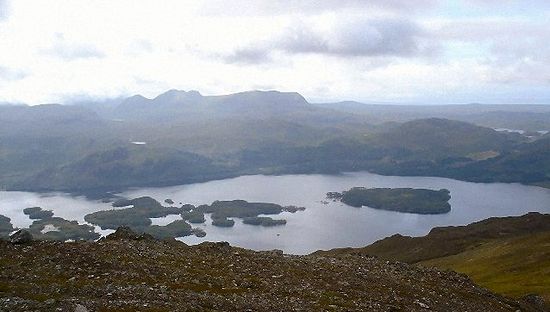 The saint also founded a church in one of the numerous islands of the large and beautiful lake called Loch Maree in the northwestern Scottish Highlands. The saint may have lived as a hermit on it. This island has been known as Isle Maree (“St. Maelrubha’s Island”) since ancient times. There is a very early holy well associated with our saint on Isle Maree, which has curative properties. Most widespread were cases of healings of lunatics and the mentally ill who bathed in it. This saint’s name is still invoked against madness and related diseases. As late as the eighteenth century, long after the Reformation, the faithful believed that if a sick person was taken around the isle, fastened behind a rowing boat, he would certainly be cured. In the eighteenth century there existed a custom to give madmen water from Maelrubha’s well and then dip them three times a day into the loch’s water for three weeks for them to receive healing. According to a local belief (or, rather, a superstition), one shouldn’t take any items from Isle Maree, even small stones—otherwise the former disease will inevitably return. Apart from this well, there was presumably another holy well on the island connected to St. Maelrubha. 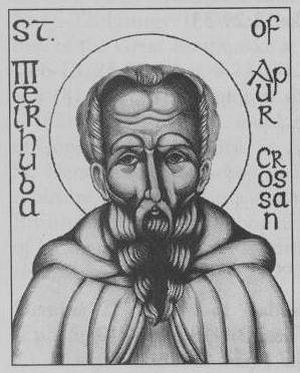 St. Maelrubha of Applecross
It is certain that Maelrubha’s mission extended to Islay—the southernmost island of the Inner Hebrides, and to the valley called the Great Glen, or Glen More. It is traditionally believed that St. Maelrubha reposed in the Lord peacefully in 722 (though the dates 721 and 724 are possible as well), at the age of eighty at his beloved monastery of Applecross. According to another less reliable tradition, the holy abbot-missionary was killed by pagans—either the Danes or Norwegians, whom he unsuccessfully tried to convert to Christ. If the man of God was indeed martyred during his last missionary journey, then the supposed site of his martyrdom was either Teampull where he had a hermitage cell (and, according to the local tradition, was buried nearby and his grave is still allegedly marked by a stone) or Urquhart (now a tiny village in Moray).

Such names and toponyms as Mulruby, Mury, Maree, Summuruff, Summereve and many others bear the memory of the saint. Numerous place names in the western Highlands, especially between the sea lochs of Loch Carron and Loch Broom, are associated with his name. No fewer than twenty-one ancient parishes of Scotland were dedicated to St. Maelrubha, which indicates his general veneration. Today dozens of parish churches bear his name, including those in the north of Scotland and on Skye. In many cases it is impossible to discern whether one or another place is named after the Mother of God or St. Maelrubha as the name “Mary” and popular corruptions of his name are very similar. Remarkably, according to some information, there are over forty forms of his name that can be found in various regions. Maelrubha is one of the principal saints of northwestern Scotland after St. Columba. He is still widely venerated in both Scotland and Ireland. He is also especially celebrated in Aberdeen in Scotland and the Irish province of Connacht. 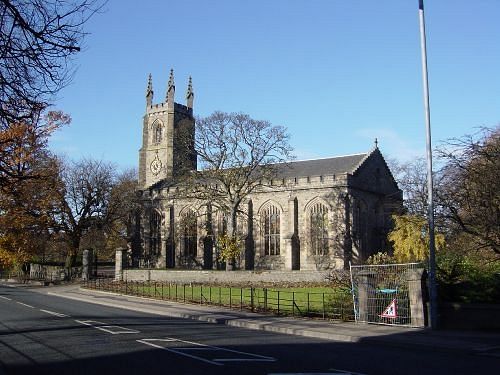 Maelrubha has also been commemorated for centuries in the following places: Applecross and surrounding areas, mentioned above; the town of Keith (the original name “Cèith Mhaol Rubha”) where there is a church in honor of “St. Rufus”—a corruption of the name “Maelrubha”—that was rebuilt in the nineteenth century; Isle Maree, mentioned above; a town called Dingwall in Highland, which held St. Maelrubha’s fair in old times; a small town of Tain in the same region which also had a St. Maelrubha’s fair; the village of Amulree (“St. Maelrubha’s Fort”) in Perth and Kinross where there was a church of St. Maelrubha from the earliest times—it was abandoned early in the eighteenth century and a replacement parish church was built nearby by 1752; and the township of Ashaig on Skye. 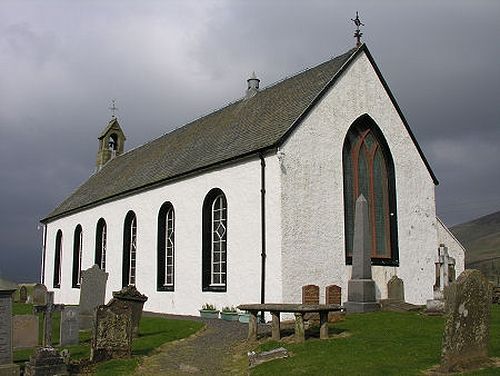 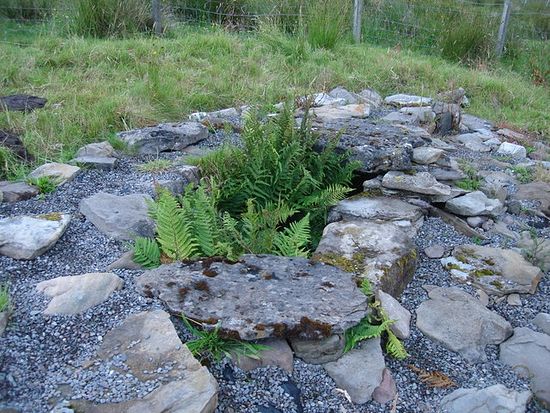 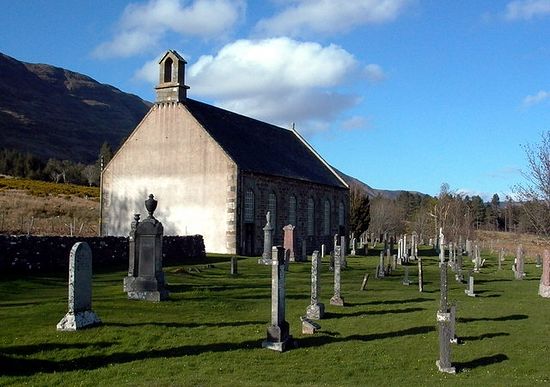 Today the name “Applecross” applies to an isolated small peninsula in northwestern Highland where there are several villages. The area is still very quiet, remote and difficult of access. Close to the site of St. Maelrubha’s monastery you can find a parish church, called Clachan church, the present building of which dates from the early nineteenth century. The churchyard has the shaft of a very ancient large Irish cross, while a few fragments of other crosses are kept inside the church as memorials to the once renowned monastery. Close to the church there is Applecross Heritage Center, which provides a detailed account of the saint’s life and achievements. Two stones at the village cemetery at Applecross are sometimes referred to as the site of Maelrubha’s grave. 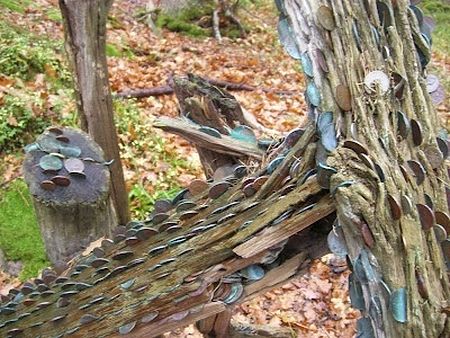 On Isle Maree, which for many centuries has been a popular pilgrimage site, you can find the ruins of a chapel, a wonder-working well, a cemetery, and a tree (sometimes called “a wishing tree”) which are all associated with Maelrubha. At the cemetery are fragments of two very old crosses which obviously belonged to the original monastery. This site is very holy. It is even believed that all the water of Loch Maree is miraculous.

In Ashaig, on the Isle of Skye, one still can see the ancient holy well of St. Maelrubha, which gushed forth immediately after the saint had struck a low tree on that spot. There is a stone well-house over it, and the water is still of excellent quality. A little up river there is a rocky cliff, which, according to tradition, Maelrubha once used as a pulpit to deliver a sermon. In olden times there hung St. Maelrubha’s personal bell on a local tree, which occasionally rang by itself, calling the faithful to prayer; this bell no longer exists. As late as the mid-nineteenth century the ruins of a medieval church could be distinguished in a local graveyard. Another memorial site that commemorates Maelrubha on Skye is its south peninsula of Strathaird where he worked. Among its villages is Kilmarie, which means “the cell” or “church of St. Maelrubha”. He may have founded a church or a monastery there, although nothing remains apart from an ancient graveyard close to the parish church. The saint also lived in a cave nearby. 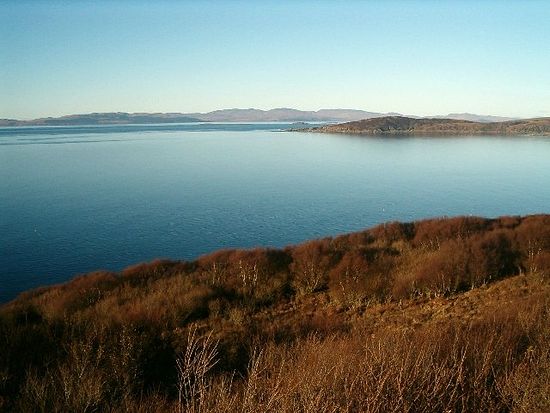 View from Knapdale towards Jura Island, Argyll and Bute 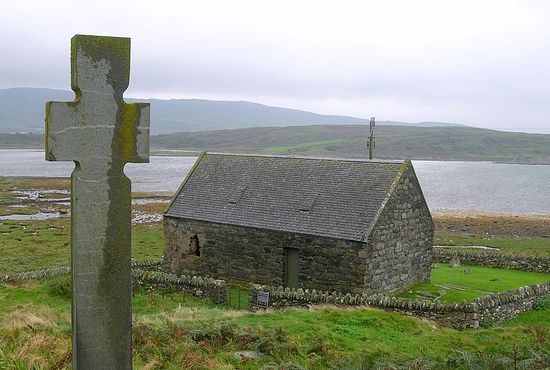 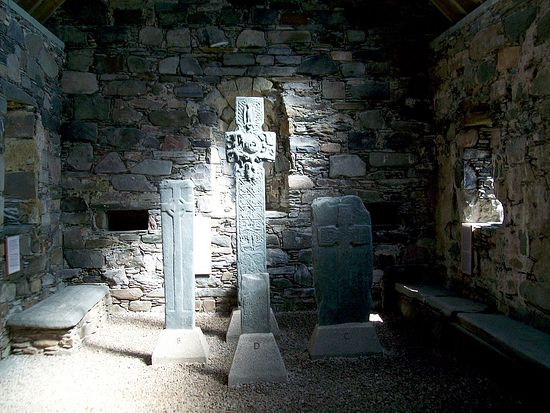 Our saint most probably labored in the present-day rural district of Knapdale in Argyll and Bute. There many sites are still connected with him. Among notable shrines of the area are: a very early, isolated chapel, called Keills Chapel, which houses a collection of early Christian crosses and one large Celtic cross, probably erected by Maelrubha himself; the splendid Kilmory Chapel, which is the site of a hermitage—it houses a huge collection of Celtic (eighth—twelfth century) crosses, gravestones, medieval and later crosses, some of them decorated and some connected with the Knights Templar; three villages of this area are named after the saint: Kilmory Oib (the settlement is now deserted, although it does have stone ruins, parts of early crosses and a holy well of Maelrubha), Kilmory Ross and Kilmory Knap. This region also has shrines connected with St. Columba, St. Moluog and St. Cormac. Among modern sites commemorating Maelrubha let us mention the village of Poolewe in Ross and Cromarty, where there is a Scottish Episcopal church that bears his name. 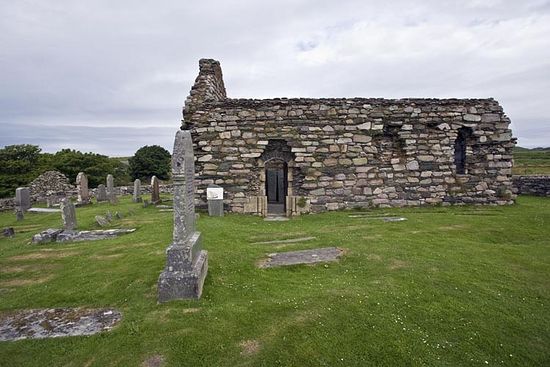 Holy Father Maelrubha, pray to God for us! Saint Triduana of Scotland
Commemorated: October 8/21
Dmitry Lapa
St. Triduana (also Triduna, Tradwell), one of the most venerated female saints of Scotland, lived between the fourth and the eighth centuries. Saint Cuthbert of Lindisfarne, Wonderworker
Commemorated: March 20/April 2 (repose) and September 4/17 (translation of relics)
Dmitry Lapa
“Have faith and wholeheartedly trust God Who will never abandon those who Love Him”—these words belong to St. Cuthbert, “the wonderworker of the English land” who lived more than 1300 years ago. It is indisputable that St. Cuthbert of Lindisfarne is the most beloved and venerated English saint throughout the history of the country. Julia5/4/2017 2:17 pm
Thank you so much for all your articles on British saints. I really appreciate them.

George5/4/2017 1:54 pm
Is this information published in a book anywhere? If so, I would like to buy it. If not, it would be great if someone could compile the lives of all the saints of England, Ireland, Scotland and Wales.
×