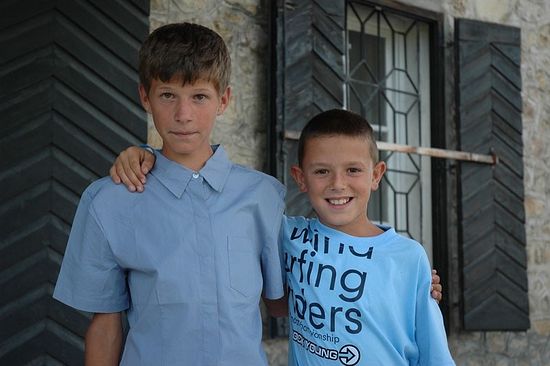 Recently the Public Orthodoxy site has published a piece by Giacomo Sanfilippo under the title “Conjugal Friendship”. In it Sanfilippo writes, “To the question, ‘Can two persons of the same gender ‘have sex’ with each other?’ we hear from Holy Tradition a resounding no. Yet if we ask, ‘Can two persons of the same gender form a bond in which ‘the two become one?’ the scales begin to fall from our eyes. Holy Tradition possesses in germinal form everything necessary to articulate, thoughtfully and cautiously, an Orthodox theology and spirituality of what we now call same-sex love, adequate to the pastoral needs of the 21st century”. Like all liberals and heretics of every age, of course the claim is made that the new heresy is actually just the old Orthodoxy dressed in modern garb. Those who have been following the LGBQT debate until now will recognize that by the “the pastoral needs of the 21st century” is meant simply conformity to the worldly spirit of our age and the insistent demands of secular western culture.

Sanfilippo is quite right in pointing out that in previous ages, the “ideal of friendship as constitutive of ‘one soul in two bodies’” has a long and venerable history. He cites the writings of Plato and Aristotle, and the examples of David and Jonathan. (Making Christ and John another example is pushing it, to say the least, and “Christ and John’s embrace in icons of the Mystical Supper” is simply disturbing visual trash.) He might also have added as a champion of the glory of Philia the writings of C. S. Lewis, especially in his book The Four Loves. In it, Lewis opined that friendship was a virtue under-valued in his day because it was so little experienced in his day.

Of course Lewis’ day is not our day (he died in 1963), and the disease of sexualizing everything which was seizing western culture by the throat in Lewis’ day has progressed far and has thoroughly throttled our own culture today. Even then Lewis gave fair warning, cautioning against the idea that “every firm and serious friendship is really homosexual”. In fairness to Sanfilippo, his paper stops short of suggesting that all deep same-sex friendships are at base covertly homosexual. But Sanfilippo does make clear that by “conjugal friendship” he means what we would identify as gay marriage.

There several problems with the details in his presentation. By saying that the monastic/ liturgical rite of “brother-making” (Greek adelphopoiesis) “precedes by a century or two that of marriage”, he gives the impression that somehow the late Byzantine rite of “brother-making”—i.e. sanctifying a deep bond between friends for a specific purpose—somehow shares some sort of ontological parity with marriage. (Shades of John Boswell!) Otherwise why mention the timing at all? In fact of course marriage itself did not arise after brother-making, but in the Garden. But the fact that the current rite of marriage in its Byzantine liturgical form continued to evolve after the form of brother-making ceased evolving is irrelevant. If anything it shows the shortened shelf-life of the form of brother-making and its limited use. The rite of adelphopoiesis did not continue to evolve liturgically because the need for it ceased to be felt.

Sanfilippo also says that the term “sexual orientation” is modern, and its use “as a marker of personal identity” was unknown to the ancients. That is true, but that does not mean that the ancients felt no such desires, or that their words condemning homosexual activity no longer apply to us today. It simply means that they did not share our own modern obsession with personal identity.

Also problematic is his anachronistic identification of certain details of friendship as suggesting a sexual component to the friendship. Mentions of “patristic encomiums to friendship that have an almost romantic quality about them”, or an icon which “depicts SS. Theodore of Tyre and Theodore Stratelates in military attire holding hands like any modern couple” are misleading in the extreme. Again, Lewis could have warned him. “Kisses, tears and embraces are not in themselves evidence of homosexuality” he wrote. They are only evidence that all ancient friendships had a physical component to them, and that the modern disease of sexualizing everything, including friendship, had not taken hold of the ancients.   Hard as it may be for some today to believe, a friendship could be physical, and still not sexual.

The main problems with Sanfilippo’s thesis are twofold. First, he fails to see that friendship need not be confined to two persons. His relentless pairing of friends and talk about “one soul in two bodies” fails to see that friendship need not be so confined. Again Lewis: “Two, far from being the necessary number for Friendship, is not even the best…True friendship is the least jealous of loves. Two friends delight to be joined by a third, and three by a fourth…They can then say, as the blessed souls say in Dante, ‘Here comes one who will augment our loves…’” Sanfilippo’s insistence on regarding friendship as consisting of two persons when real friendship does not so confine itself reveals his secret agenda. Friendship is not necessarily the exclusive union of two that he would make it. He is not in fact talking about Friendship and Philia, but about Marriage and Eros. For Eros is exclusively and jealously about two persons, as the Song of Solomon shows. By focusing relentlessly upon friendship as pairing (e.g. talk of “the two becom[ing] more perfectly a single I”) he distorts the true nature of friendship.

The second and most fundamental error in Sanfilippo’s message is the sexualisation of Friendship. Friendship may be conjugal, if one marries one’s friend and soul-mate. But most friendships are not conjugal—that is, they are not sexual. The fact that healthy friendship is not exclusive, jealous, or confined to two persons reveals this. One may have four friends or more, but (in Christian thought) only one spouse. Conjugal union is, by definition, a union of two and only two, because it is sexual. Friends stand symbolically side by side; spouses, face to face. The face to face posture of spouses expresses, both symbolically and physically, the sexuality of their union, and its essential difference from Friendship. Sanfilippo’s talk of “two persons of the same gender form[ing] a bond in which ‘the two become one’” deliberately sexualizes a non-sexual bond. Two persons of the same gender can indeed have a friendship and form a bond. But Sanfilippo’s use of the phrase “the two become one” (from the Biblical description of marriage) introduces an alien element into the bond. He is not helping scales to fall from our eyes, but simply our minds to become confused. That confusion, part of a modern secular sexualisation of practically everything in our culture, is typical of homosexual concerns. It is also characteristic of Public Orthodoxy, and Fordham University. Transfigure or Die Trying
Orthodoxy in the American Public Square

Transfigure or Die Trying
Orthodoxy in the American Public Square
Fr. Alexander F. C. Webster
The prevailing political and cultural elites in America are succeeding, steadily and surely, in plunging our society into a post-Christian vortex that bears a striking resemblance in many ways to the formative centuries of the ancient Church. Faithful early Christians had to endure an inhospitable culture and a decadent ethos, as well as a hostile state. “A diabolic revolution”: an Arkhangelsk priest on legalization of sodomy in the USA
Igumen Theodosius (Nesterov)

“A diabolic revolution”: an Arkhangelsk priest on legalization of sodomy in the USA
Igumen Theodosius (Nesterov)
“This diabolic revolution is developing by degrees. The old generation which still considered same-sex unions unnatural will go, and the new generation will accept all this as something natural. The value system, based on the Christian truths, is, alas, completely disappearing." Orthodox Cleric: Marriage Ruling an 'Earthquake'
'Overturns God's established order'
“I see that marriage is not revered in Russia or in America. Young people are fine to live together, and only after five or six years decide to have a church marriage, but prayer in the wedding rite is addressed to a chaste couple."
Comments
×