Orthodoxy is non-negotiable for Moldova—President Dodon 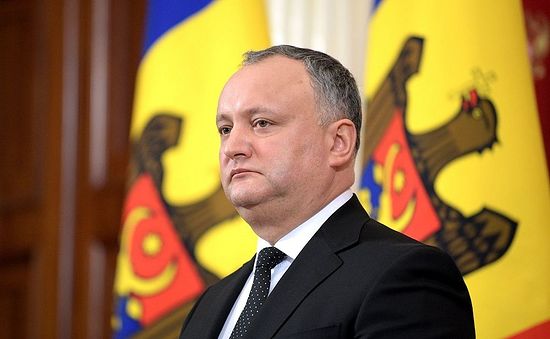 President Igor Dodon of Moldova says there are four things that are absolutely non-negotiable for his country. “I always tell all our partners that there are three or four things which I can never allow to be up for negotiation,” including the nation’s Orthodox faith, Dodon stated, reports Interfax-Religion.

Continuing, Dodon said these non-negotiable points include, “our state, the preservation of Moldova, non-association with certain countries. The second is our neutrality—NATO is categorically unacceptable.”

The third foundational and non-negotiable point for Moldova is “our Orthodoxy,” Dodon told State Duma Speaker Vyacheslav Volodin on Wednesday. The fourth point is the question of the nation’s strategic partnership “with our friends from Russia.”

He noted that the European values which many are trying to thrust upon the nation are simply unnecessary and unwanted in Moldova. “It is important that the majority of citizens of the Republic of Moldova supports these four points,” Dodon said.

The Moldovan president also emphasized the importance of Orthodoxy for his country in a March 16 meeting with His Holiness Patriarch Kirill, saying, “I believe that without the Orthodox faith, without our traditions, Moldova has no future. Moldova needs a partnership with Russia; Moldova absolutely needs to preserve and strengthen our Orthodox Church. Indeed, we are now going through a very difficult period, but I am sure that with faith we will get through it all.”