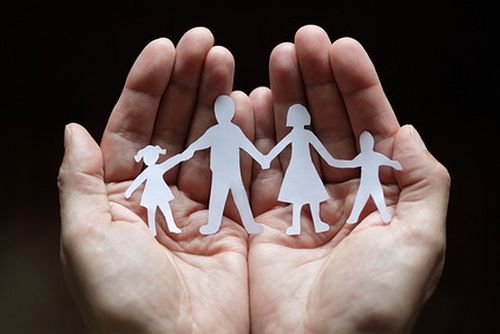 The head of the Moscow Patriarchate’s Department for External Church Relations Metropolitan Hilarion (Alfeyev) has spoken out against artificial insemination and surrogacy on a recent TV interview, encouraging instead to adopt children from orphanages, reports Interfax-Religion.

“We should not resort to these experiments. Bear your children, and if you cannot have your own, then adopt a son or daughter,” the metropolitan said on the program “The Church and the World” on the Russia-24 channel. He noted that the Church does not accept surrogate motherhood, because it is “an artificial incursion into that sphere which is sacred.”

“If for some reason a couple cannot have children, then the Church knows only one means of solving this problem—to adopt children; very many couples have found their happiness in adopting children,” the prelate said, noting several cases known to him of couples who had difficulty conceiving, who adopted children and subsequently were able to conceive.

The Church forbids non-traditional forms of conception, the metropolitan explained, not to place limitations upon people, but “that people would not end up in some disastrous state that they have created for themselves.”

Met. Hilarion reminded the audience that there can be very many side-effects from the IVF process: “It is unknown how the child will be born—healthy or sick; is it necessary to destroy other embryos for this sake of this one child?” This issue presents a whole series of ethical problems that cannot be solved by medical intervention, the metropolitan believes.

Fr. Paul Gumerov, who has offered numerous books on marriage and family life, speaks to the destruction of embryos in IVF, explaining what happens when several fertilized eggs are implanted in a woman at one time:

And now let us imagine that all the embryos transferred to the uterus begin to develop. Several of them were implanted so that at least a part of them might develop. What happens if all begin to develop? The “extra”, or “undesirable” embryos are “reduced”, that is, they are removed surgically—in other words, an abortion is performed. Thus IVF involves destroying fertilized embryos that are already living babies with souls. In the end a person who resorts to IVF resorts to an abortion!

In this vein, Fr. Dmitry Smirnov, chairman of the Patriarchal Commission for Family and Protection of Motherhood and Childhood, noting IVF’s low success rate, terms it “absolutely unacceptable,” in that spare embryos are created and destroyed. He also speaks against surrogacy as “an affront to the human dignity of the hired mother,” and against the practice of donating sperm: “Marriage is a mystery of the two, in which there is no place for a third party.”

In this point, Fr. Dimitry follows the Holy Synod’s 2000 document “The Basis of the Social Concept of the Russian Orthodox Church,” which states,

The Church cannot regard as morally justified the ways to childbirth disagreeable with the design of the Creator of life. If a husband or a wife is sterile and the therapeutic and surgical methods of infertility treatment do not help the spouses, they should humbly accept childlessness as a special calling in life. In these cases, pastoral counsel should consider the adoption of a child by the spouses’ mutual consent. Among the admissible means of medical aid may be an artificial insemination by the husband’s germ cells, since it does not violate the integrity of the marital union and does not differ basically from the natural conception and takes place in the context of marital relations.

However, the document goes on to state, “Manipulations involved in the donation of germ cells do violate the integrity of a person and the unique nature of marital relations by allowing of a third party to interfere… The use of donor material undermines the foundations of family relationships, since it presupposes that a child has, in addition to the “social” parents, the so-called biological ones” (XII.4).

“In the end, every person, caught in some situation, is faced with the question of what is moral or immoral,” Met. Hilarion concluded. Surrogate Motherhood incompatible with Church family values—Russian Church official
A bill has been introduced in the State Duma to ban surrogate motherhood in Russia, which the Russian Orthodox Church supports. Orthodox pastors on what should we do if the Lord does not grant us children
After getting married, newlyweds always dream and hope that the Lord will bless their family with children. But a year, five, ten years pass and the long-awaited pregnancy does not occur. What should a couple do in this situation? Beyond all doubt, they should keep praying. But do they need to do anything else and should they have recourse to modern medicine? And are all popular contemporary assisted reproductive technologies, such as extracorporal (in vitro) fertilization, acceptable for Orthodox Christians?