But foolish and unlearned questions avoid, knowing that they do gender strifes, And the servant of the Lord must not strive; but be gentle unto all men, apt to teach, patient, In meekness instructing those that oppose themselves; if God peradventure will give them repentance to the acknowledging of the truth (2 Tim. 2:23-25). 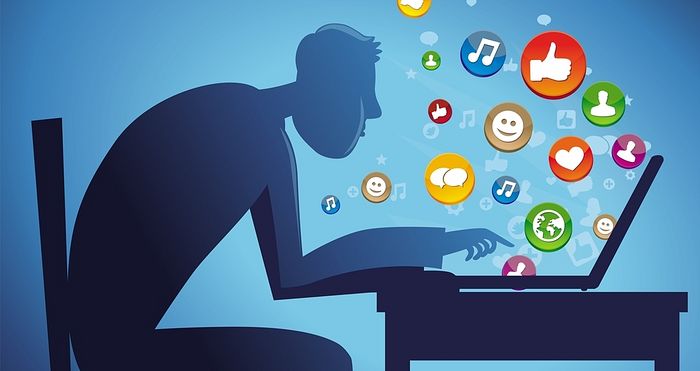 This apostolic instruction is a fine lesson for Orthodox “users” who are fond of arguing with other Christians online.

If two brothers in Christ meet in person, their conversation will most probably begin with a greeting—ideally, with a holy kiss (as Apostle Paul commanded), but not with a reproach. If two brothers who are not acquainted with each other meet, their conversation would be preceded at least by a brief introduction. Why is the situation with virtual communication on online forums and comments in social networks very different? Much to our regret, sometimes the behavior of some Christians on the internet is very poor—or perhaps they are showing their true face.

It is a great shame, as all these dialogues remain in the public information space. By this shall all men know that ye are my disciples, if ye have love one to another (Jn. 13:35). If a secular user looks at many dialogues of Christians in social networks, then he will not understand whose disciples we are and will figure out that we are Orthodox only due to citations from the Bible and the Holy Fathers, which are unfamiliar to him. No matter how many citations you write, it is of no importance; it is the spirit and the behavior that really matter. If the spirit and behavior are far from what St. Paul writes to St. Timothy and from the written extracts, then what is the use of quoting them? It is better not to know something but to act worthily of the noble name of Christians. In short, it’s a shame.

But foolish and unlearned [in the Russian Synodal translation—“ignorant”] questions avoid. According to The Explanatory Dictionary of the Russian Language by Ushakov and Ozhegov, “ignorance” (“nevezhestvo” in Russian) means not only “lack of knowledge”, but also “bad manners”. If somebody begins a dialogue not with a greeting but with writing some nasty things, “negative criticism”, or, if we can use the modern internet slang, “trolling”, then a communication like this should be avoided because it leads to quarrels. An unfriendly beginning is a good indicator that characterizes the author of a text.

Knowing that they do gender strifes. It is quite an interesting fact that Christians (and not only Christians) prefer to avoid quarreling in public. But for some reason lovers of conflicts are not ashamed to do it openly on the internet. So they throw off all shame. It seems that the presence of some Christians on the internet redirects them to another domain where they can allow themselves the things they would not do in (non-virtual) reality. As for behavior in the real word and in the virtual world: It would be ridiculous if a Christian came to the house of a brother whom he hasn’t met before and started denouncing him through the door, not showing his face. But somehow some Christians indeed act according to absolutely different rules on the ‘net. A user hides behind his avatar and feels free to write whatever he wants and as much as he likes – nobody sees his face and many even have no idea who he is.

And the servant of the Lord must not strive; but be gentle unto all men. It is gentleness, affability that sets a true servant of Christ apart from other people. If there are no signs of amiability, then one immediately wonders about the motives of such comments. A common example: One brother has written something that another brother did not like. And at that moment this second brother should ask himself honestly, “What is the aim of my comments, which begin with negative criticism instead of a greeting or an introduction?” If a denouncer wants to reform his brother, then he should follow the precepts of Apostle Paul and be apt to teach, patient, In meekness instructing those that oppose themselves. As we see, one must instruct with meekness even his own opponents, not to mention brothers in Christ. According to Blessed Theophylact of Ochrid: “Because a strong denunciation is particularly affecting when it is done gently. It is easier to affect someone with gentleness than to shame with strictness.” If there is no gentleness in the words of a commentator, then it most probably means that the denunciator’s object is not reforming his brother; therefore, he is driven by his passion for wrangling, or is doing it out of envy, or for some other reasons which do not stem from love for his brother. If one does resolve to denounce somebody else, he should do it in the spirit of the Holy Scriptures.

Looking at outrageous dialogues like these, we feel shame and sadness. Did saints ever correspond with each other in such manner? No! And it means that we are not trying to imitate them—we are only exchanging citations from them and at the same time gratifying our passions. We neither show respect nor observe etiquette, let alone feel reverence for others. In light of all this the high-sounding words about the spiritual bond of Christians become no more than idle talk.

To say nothing of boorishness, when instead of answers to direct questions brother-opponents can make personal remarks and draw conclusions, as if they were clairvoyant elders. If they had love in their hearts, manners would be very different: “Brother, let me ask you what did you mean when you wrote such and such things? What did you have in your heart at that moment: did you have vainglorious or condemning thoughts?” Whatever does not proceed from love is sin. And it is no use taking refuge in citations from the Holy Fathers. It is very easy to copy and paste various sayings of saints, but it is far more difficult to follow the precepts of Apostle Paul in our lives. Could it be that the rules of Apostle Paul are applicable only to live communication and do not apply to the virtual world of the internet? I feel certain that the answer is obvious for all Christians.

Antony Dulevich, Chairman of the Missionary Department of the Kyzyl Diocese
Translation by Dmitry Lapa Holy Synod issues Internet ‘guidelines’ for clergy
Priests are asked to behave as men of God when they are online. Isidora9/15/2017 12:21 pm
Truth is in second place to phony niceness in modern Western culture. What exactly has all of this "niceness" gotten us, other than a pile of heretics being allowed to think that their ravings are on equal footing with the 2000-year teachings of the Church? When looking at writings of the Fathers you find men with no patience for couching their words in "niceness."

sebastian5/28/2017 2:54 am
"about westerners and their hypocritical niceness." - and what Jesus said about such generalizations and pure racism? Hmm?

Anthony5/27/2017 2:56 pm
Well I dunno really. If there is genuine love in showing manners, then all good. But I mean if you talk to a westerner for example, they will no doubt give you a sympathetic smile, and show you their superior manners, and politeness. But going on inside their sophisticated minds is the utmost disdain for you. St Paisios had much to say about westerners and their hypocritical niceness. So I guess as long as we delineate between true genuine love and politeness that emanates from the Christian east as opposed to the false hypocrisy of the western man, then this article rings true. Let us also not forget the ''lack of manners'' St John the Baptist showed towards the jews in his day when criticised them calling them a brood of vipers for their hypocrisy. No words minced there. Not to mention the words Christ Himself had to say for those hypocrites.
×