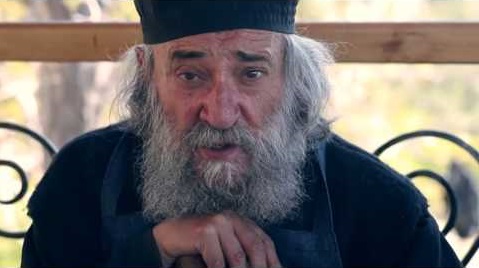 Archimandrite Gregory (Zumis), abbot of the Athonite Dionysiou Monastery, has commented on the anti-Christian attitude and situation in Greece and the European Union, where rulers seem to be doing all they can to eliminate the Church, reports AgionOros.

“Our rulers can’t stand all the smells of incense and candles and are consciously struggling against it. They fight the Church and try to eliminate this ‘problem’ from their paths,” the elder writes. “They desperately fight for there to be no crosses anywhere, no bells, no candles to be lit, and the beaches to be adorned not with churches, but with bars and cafes,” Fr. Gregory laments.

“They make blasphemous laws opposed to the natural, and legalize that which is unnatural,” he writes. A bill that allows civil partnership rights for gay and lesbian couples passed in Greek Parliament on December 23, 2015 amid reactions from the Church of Greece and conservative MPs. Furthermore, “they canceled the stipends to mothers of large families.”

The Church was unprepared for the blows from the sickle and hammer of the ruling SYRIZA party, the abbot believes. They had promised not to sign any memoranda with European creditors, but then did just that, abusing and doing violence against Greece. “They are purposefully engendering poverty and desperation. They only give, never take,” says Abbot Gregory.

The streets are full of poor people searching for food in trash cans, he writes, while the authorities limit cash circulation. “It’s horrible, intolerable, and unbelievable!” exclaims Fr. Gregory.

“They take a house from the Greeks for any reason, and place so-called refugees there with money from the accursed European Union. First uproot people from their homes, and then they’ll begin to ‘care’… Are you silent because you’re afraid to speak?” the abbot asks indignantly. “And the rulers daily make merry at our funerals and dance on our graves, singing, ‘We have crushed them, destroyed them, milked them dry,’” he insists.

“Down with any moral values, down with religious and patriotic symbols, down with the Gospel truth. Down with heroes and national holidays. All information is given to children in a corrupted form. Long live lies and terror!...” Abbot Gregory writes, summarizing the rulers’ aims, noting how Greeks have become embarrassed to be Christians.

Victoria Daskalakis 7/26/2017 8:14 pm
Hello ...it's time for the anti-Christ to come that is why they want to destroy the Christian faith we must not let them mont athos is the most holy place the elite or illuminati are out to reduce the population so that they can bring in the New World Order no religions just a way of thinking for everyone the new age movement no more Christ that is why there doing all of this until Jesus Christ comes to clean up the problem my god help us all !!!

Anthony5/30/2017 8:28 pm
Sorry but we only have ourselves to blame. Our nation turned its back on God - we chose mammon i.e. the European western white man's way of life, and today we are enslaved to them. St Kosmas Aitolos prophesied that the clergy would become worse than the laity. They will teach children things in schools that you wouldn't believe what you were hearing. All this and more, and we witness it today in our once-Orthodox lands.

Funny how the last Soviet leader Gorbachev prophetically claimed that the European Union would become the Soviet Union. And that it is. As Mitr. Morfou Neofytos stated we took a gamble when we joined the EU, and we lost. Big time. Abortions. Gay 'marriage'. Unbridled immigration. Loss of religion. Loss of identity. Loss of economic control and sovereignty, and enslavement to the western man. All the glories of the Hellenic nation tossed into the dust heap of history to become ''as Europeans''. And all we are today are their serfs.

St John Maximovich said - there is a price to pay for sin. And our nation is paying a very heavy one indeed.
×