Metropolitan Paul of Sisanion and Siatista 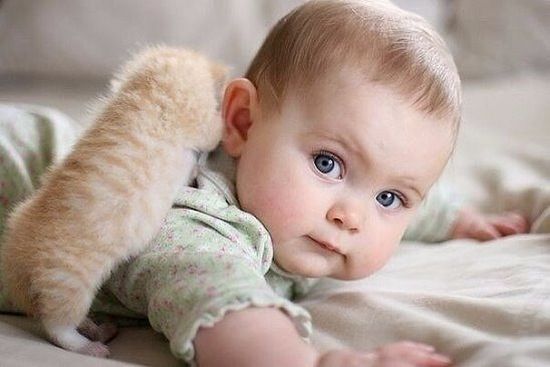 A few years ago, a young couple invited me over for a cup of coffee on one of the feast days. They had two children at that time. As we sat on their beautiful balcony, the young woman asked me on behalf of her friend about the Church’s view on abortion.

I told her that to understand the Church’s position on this question, you have to answer one question: whether a conceived embryo is a person. Is it a developing, fully human person, or a humanoid awaiting sunlight and air to become fully human?

I explained to her that the Church believes an embryo is a person from the moment of conception and therefore considers abortion to be murder. It is a particularly appalling crime, directed as it is against the most innocent and most defenseless creatures in the world.

With that our conversation ended.

Two years passed and the young couple again invited me for a cup of coffee. We sat in the kitchen while everything was being prepared. There was a little toddler with us, trying to take its first steps.

I stretched out my hand to pat him on the head, and heard the words, “He owes his life to you.” The young woman told me that two years ago she was planning to have an abortion.

A large knife for cutting bread was lying on the table. I pointed to it and said, “Take it and butcher him.”

The mother reacted as if she had been electrocuted. “What are you talking about?”

“Why do my words seem so horrible to you?”

“What, are you serious, father?”

“Yes. I wanted you to understand what you might have committed back then. Do you see the child before you whom you would have killed then? Murder seems so awful to you now, but then not?”

Our society sheds crocodile tears for children who have drowned or died of starvation, but defends the right to kill them before they even see the white light…

Where are those hypocritical defenders of human rights? Unborn but living children don’t even have the same rights as cats and dogs? And all this is presented as progress?

What father or mother will have the right to demand respect and love from their kids when they find out that they’re alive thanks to luck, rather than their parents’ love—because they’re lucky to have been born first or second, but if they had been conceived third or fourth, their “respectable parents” would have crushed their heads?

A society with injustice and inhumanity at its foundation will deteriorate.

The demographic problem is our country’s main affliction.

We are threatened not so much by external enemies. The enemy is among us. They live in many homes, are found on the parliamentary rostrum, in hospitals and in maternity homes…

Those who legalized the right to kill unborn children and those who use this right are the true enemies of the Fatherland, and truly inhuman are those who relate to their own children worse than to animals.

The most loathsome perversion is to consider virtue foolishness, to laugh at integrity, to fight against the true natural order, and to call perversion an alternative way of life.

We should tell our children that they will never be happy if they have the blood of innocent creatures on their hands, who they offered on the altar of their own pleasure, like new Herods.

We belittle the value of human life by our own actions.

Who gave us the right to call ourselves progressive and civilized, condemning those who kill children with weapons, when we ourselves kill our own children?

Perhaps many will consider my words harsh and provocative. Indeed, this is what I wanted: It is a provocation to the hardness of heart of all those responsible for the modern genocide of abortion.

I want to protect the children who cry unceasingly, because they have no eyes to see or a mouth to smile. They were destroyed by doctors at the request of their own parents.

Metropolitan Paul of Sisanion and Siatista
Translated by Jesse Dominick It’s impossible to solve problems without God
Nikita Filatov, Schema-Archimandrite Iliy (Nozdrin)
What is prayer? Prayer is conversation with God. We nourish ourselves every day. We maintain our own physical existence until the last minute of our lives. But true spiritual life is beyond the scope of this world—it is our relationship with God, and it happens through prayer.
Comments

Father Antonio Arganda9/3/2018 11:13 pm
Abortion advocates insist on the "right" to end the life of a child even post-partum.The feel that parents have the right to kill their child up to the age where it becomes capable of running away.

Alan6/9/2017 4:14 am
More than 70 Million babies have been murdered in the US and Canada since 1973. This is why these governments bring in so many immigrants and refugees, it is to replace murder victims.

Castrese Tipaldi6/8/2017 2:02 pm
Abortion is ritual assassination!
The most gigantic infants sacrifice to their father, the devil.

Once upon a time, they sacrificed their children to Baal or to Moloch (two of the many names of the devil, their master). Today nothing has changed, except that they call it “access to reproductive health services” and “control over their sexual and reproductive rights”. These fancy names refer to the same master!

Once upon a time, they could claim ignorance. Today, after Christ, they cannot. They will not be forgiven, unless they turn to a life of repentance!
But the greater condemnation is reserved to all who use the Word they have in the image of the Most High to justify and promote this Abomination.

This is the main legacy which will continue to damn the Rus' unless the Rus' damn it.
The second is the removal of the mummy which still desecrate the sacred heart of her power (and the glorification of the first of her new Martyrs, Gregory Novy, called Rasputin).
The third is the removal of foreign hands from her monetary sovereignty.