A Biblical-Theological Exegesis of Numbers 24 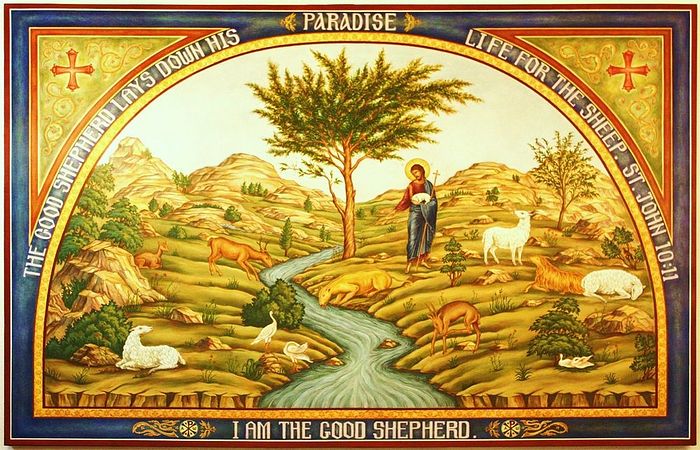 Numbers 24 is a fascinating and rich Scripture - perhaps the most deeply messianic text in the Pentateuch. We are told that Israel is “like gardens beside a river” and that “his seed shall be in many waters.” The poetic seams in the Pentateuch draw heavily on Genesis 1-11, and this is no exception. The reference to “gardens beside a river” is an allusion to Genesis 2-3, where the garden of Eden is planted so that a river divides in it and flows out to the world. The four rivers flowing from Mt. Eden mark the boundaries of the outlying lands, symbolizing the nations. Those lands have different resources than the land of Eden, and later in history, the kings of Israel (the land of Israel symbolizes the land of Eden) trade with other lands in order to gain resources to dedicate to the Temple. Revelation 21 has the resources described in Genesis 2 integrated into the temple-city of God. These other lands are the nations of the world, and that Balaam describes the “seed” of Israel being in “many waters” is a reference to the promise of Genesis 17: Abraham will be the “father of many nations.”

Next, Balaam moves from discussing corporate Israel to discussing its messianic king. The king has already been described in Genesis 49:8-12, where he is described in terms taken from Joseph’s dream so as to connect the story of Joseph with the story of the future messianic king. The king from the line of Judah is the same as the king here, as Numbers 24:9 describes him in terms taken directly from Genesis 49:9.The Masoretic text says that the king will be “higher than Agag” but every other ancient witness to the text of Numbers 24:7 says that “his king shall be higher than Gog.” That this is the correct reading is confirmed by Ezekiel 38:17 when God says that Gog is “he of whom I spoke in former days.” Numbers 24:14 says that the prophecy will come to pass “in the latter days.”

So who is Gog? There is a popular misconception that Gog is another nation besides Magog. In reality, Gog is the king of Magog. The closest parallel to “Gog” is found immediately preceding the narrative of Balak and Balaam, in Numbers 21:33, where we are told that “Og the king of Bashan” came out against Israel.According to Deuteronomy 3:11, “Og” was of the remnant of the Rephaim, who are giants related to the Nephilim. This is intimately woven together with the theme of the “seed of the Serpent” in Scripture, these giants being descended from the “sons of God” and “daughters of Man” (I do not think this refers to literal copulation but to ritual consecration and possession, but that’s a topic for another time), so that Og is a representative of the Dragon-Serpent. That this is the case is confirmed by the association of Bashan with the Serpent. Not only does Bashan, according to Michael Heiser, mean “Serpent”, but it is associated with Serpents with respect to the Tribe of Dan. Genesis 49:17 says that Dan shall be a “serpent by the way”, and Deuteronomy 33:22 expands on this by saying that Dan “leaps from Bashan.” Righteous Job: Pre-covenantal Priest, Prophet, and King
Dcn. Matthew Fuhrman
If Job, who had neither the Law nor the grace of the Spirit within the Church, could endure such a horrid trial, how much more are we given to endure the onslaught of the devil and his demons? If we remain steadfast in our faith in God no matter what comes our way, we will all be God's priests, prophets, and kings—we will all be like Job. Conservate Theistic Evolutionists
Seraphim Hamilton
By no means am I claiming that all or most theistic evolutionists are apostates. Nor am I claiming that all will become apostates. On the contrary, I know many who know and love Jesus Christ. What I am saying, however, is that theistic evolution is inherently unstable, that it contains within itself the seeds of theological liberalism, and that for those who are willing to think seriously through its implications, it will ultimately destroy the Christian faith.
Comments