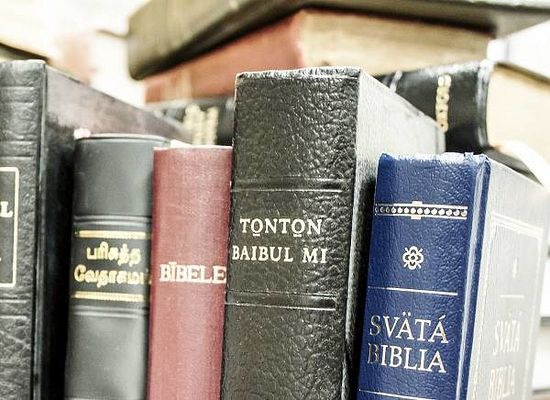 The Museum of the Bible, set to open in Washington, D.C. in November, intends to present an exhibit dedicated to the thousands of Bible translations throughout the world, reports the museum’s site. The illumiNations: Global Bible Exhibit “will shed light on the sheer scale of biblical translation into thousands of written languages while simultaneously depicting how many languages are yet to have a translation of the Bible.”

More than 600 Bibles in various languages and dialects have already been collected through the museum’s relationships with various organizations, including the Wycliffe Bible Translators, Biblica, SIL International, and many more.

The ilumiNations exhibit will be part of the museum’s fourth floor, dedicated to the history of the Holy Bible. The floor “will completely immerse guests in the Bible’s journey through time, technology and culture,” the site reads. The exhibit was developed with the Every Tribe Every Nation which is dedicated to making the Bible available to all people in all languages.

Many translations are still needed to complete the exhibition before August 21. The museum is reaching out to organizations and individuals from around the world to help the institution collect the remaining Bible translations. The museum expects fragments of the famous Dead Sea scrolls, an English manuscript breviary of the 14th century found in Egypt, and a Jewish prayer book of the 9th century. It is also planned to present the Bible taken to the moon in 1971 by Apollo-14, and a Bible that belonged to Elvis Presley, reports tvkultura.ru.

“The illumiNations: Global Bible Exhibit is an unprecedented project by any measure” said Steven Bickley, Museum of the Bible vice president of marketing, finance and administration. “There are some translations of the Bible that are so rare there’s really no way of knowing how many copies still exist. This is one reason why the mission of Museum of the Bible is so important as we seek to engage all people with the Bible and pay tribute to its history, impact and narrative. Through crowdsourcing, we want to send the invitation out as far and wide as possible to collect and display all known translations of the Bible. With the world’s help, we know we can get there.” Ancient Georgian Gospel could be added to UNESCO heritage list

Ancient Georgian Gospel could be added to UNESCO heritage list
An ancient Georgian Gospel manuscript could be added to a UNESCO heritage list after Georgian National Archives specialists made the amazing discovery of more ancient layers of text underneath that presently visible. It turns out the text is a palimpsest, meaning each line of Scripture was erased and retraced in newer layers. Biblical Archaeology’s Top 10 Discoveries of 2016
A glimpse at the important excavation work revealed this year.
Gordon Govier
Archaeological discoveries announced in 2016 help us better understand the Bible and the biblical world, and affirm the Bible’s details about events and people.
×