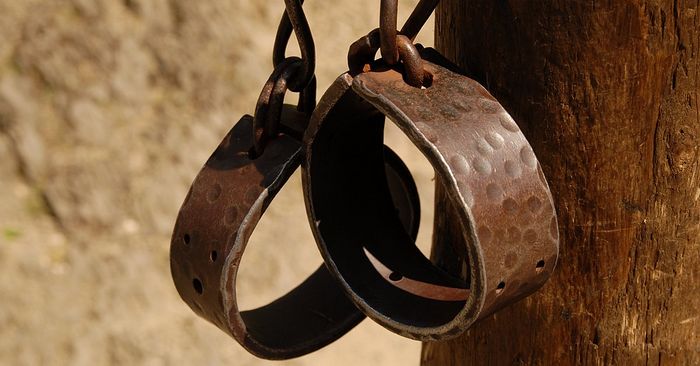 St. Nicholas Cabasilas writing in the 14th Century turns to the imagery of slavery to explain what it is to become a Christian. Building upon the images and metaphors of St. Paul’s epistles, St. Nicholas explains both how becoming a Christian is like becoming a slave, and simultaneously how this activity is totally different than the idea of slave and master which was known in the world.

“The blessed Paul makes all things clear in a brief saying, ‘you are not your own, you were bought with a price’ ( 1 Cor 6:19-20). He who has been purchased does not regard himself but Him who has purchased him, and lives according to His will.

A slave is purchased by a master to accomplish the master’s will. The slave’s purpose for existence is to serve the will, and even the whims of the master. Slaves are property, chattel, not human beings.

In the case of men, the slave is bound to the wish of the his master, but only in body; in his mind and reason he is free and can use them as he pleases. But in the case of him whom Christ has bought it is impossible for him to be his own. Since no man has ever bought a complete man, and there is no price for which it is possible to purchase a human soul, so no one has ever set a man free or enslaved him save with respect to his body.

St. Nicholas says slavery is about enslaving the body, for no one can enslave the soul – the person’s inner self and thoughts. The slave may not be free to express those inner thoughts, but the master can never completely control them. Christ pays a price for others that includes their souls. Those for whom Christ pays the price are owned body and soul by Christ, for Christ is not interested only in getting bodily work from someone. Christ in love wishes to share His wealth, His life with those He buys. And the price Christ pays is not a finite sum of money, but rather He pays with His own blood, He spends His entire being in order to take possession of those who would be His slaves.

The Savior, however, has bought the whole of man. While men merely spend money to buy a slave, He spent Himself. For our freedom He surrendered body and soul by causing the one to die and by depriving the other of its own body.

Not only does Christ the Master, pay in His own blood, He dies to give freedom to His slaves – freedom from sin and death. Christ liberates those held captive by Satan and Death. He does this by His own sacrificial death. He gives His entire being to purchase His slaves in order to set them free!

His body suffered pains by being wounded; His soul was troubled, and that not merely when the body was slain, but even before it was wounded, as He said, ‘My soul is very sorrowful, even to death’ (Mt 28:38). . . . Because of the fact that it was our will which He was seeking, He did not violence to it nor took it captive, but He bought it. 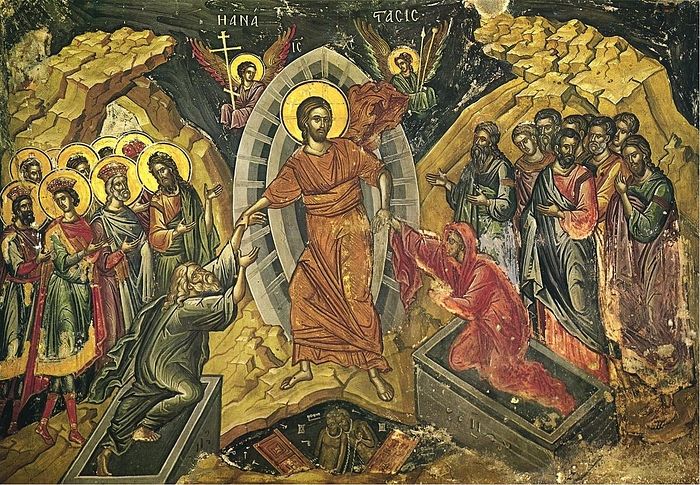 Christ does not forcibly impose His slavery on us. He pays the full price for our redemption, in order to allow us the freedom to accept or reject the salvation He offers. He dies to liberate us from death, but makes it an offering, that we are free to accept or reject. We have to use our wills to chose to embrace what Christ offers for us and to us.

. . . He who spent money for a slave did not spend it with the aim of conferring benefits on him who he has bought, but rather that he himself might derive benefit by exploiting his labors. The slave is, as it were, being spent for the profit of those who have acquired him and through whom he suffers misery, and gathers pleasures for them while he himself is subject to constant sorrows.

In the case of the slaves of Christ the opposite is true, for everything has been accomplished for their benefit. He paid the ransom, not in order to enjoy anything from those who have been ransomed, but in order that what is His might belong to them, and that the Master and His labors might profit the slaves, and that he who has been purchased might himself wholly possess Him who has purchased him.

. . . Among men the law makes the masters lords over their slaves and possessions unless they renounce their domination or release them from servitude. In this case, however, the slaves possess their own Master and inherit that which is His when they love His yoke and regard themselves as bound by His act of purchase. This is why Paul commanded, ‘Rejoice in the Lord’ (Phil 4:4), meaning by ‘the Lord’ Him who has purchased them.” (THE LIFE IN CHRIST, pp 220-222) What Is Salvation For?
Rev. Gregory Jensen

What Is Salvation For?
Rev. Gregory Jensen
If I ask myself this question at all, “What is salvation for?” I’m likely to answer that my salvation is for me; so that I can be saved from sin and enter the Kingdom of God. But this is only a partial answer.