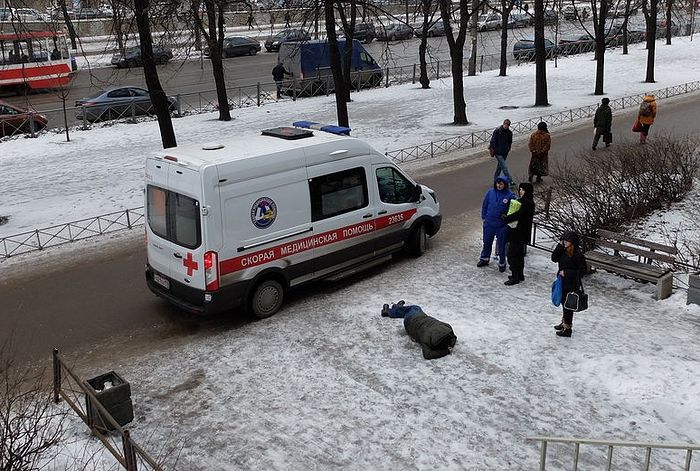 The sin of judging others, among other sins, is constantly mentioned by the Church as being a grave sin. One may ask, however, “Why are we not allowed to judge? Judging is prevalent everywhere nowadays: on television (there was even a show called “School of Slander”), the media, and social networks. No party or company of friends can ever do without gossip (sometimes lighthearted, other times not). So why then are we not allowed to judge?

The first reason is expressed by one very meaningful saying: “There’s a lot you don’t know and everything is much more serious than you think.” We often mistake our own subjective perception with the truth. Pushkin very accurately noted this:

“Too often mere words, for instance,
We’re glad to take as though they’re acts,
Because stupidity’s bad and lax,
And pompous people seek pompous nonsense,
Because mediocrity alone
Is bearable, and not strange—our own?”[1]

Not only do we often times not know much, but in fact, sometimes we don’t know anything at all. I remember the story a priest once told me about his friend, Fr. Andrew. During Fr. Andrew’s life, neither his bishop nor any other priest had ever said anything good about him; they considered him to be an utter drunkard. Indeed, he was not blameless of such a sin. At the time of his death it seemed he would be left alone, not even having anyone to pray for the repose of his soul. However, when he died, quite the opposite happened: More than a hundred and fifty people gathered at his funeral in a remote Russian village. By the church were parked dozens of cars with Moscow, Ukraine and Belorussia license plates. At the funeral, many cried and mourned as if they had lost one of their dearest relatives, because it turned out that during his life Fr. Andrew had the rare gift of being able to comfort and reconcile those who were going through a difficult time in life. For example, whenever he found out that a family wanted to divorce, he would first talk with the wife and say, “Why do you want to get divorced, O servant of God? Do you want to break the commandment of God? What God has joined together, let no one separate!” “But father, when my husband gets drunk, he starts yelling and waving his fists at me.” “The next time he does that, bow your head before him and say, ‘Forgive me, a sinner’.” And indeed, her husband would calm down each time she did so. Then Fr. Andrew would meet with the husband and find the right words to say that made him quite noticeably change for the better. In like manner he was able to save dozens of other families from falling apart. That’s the kind of person Fr. Andrew really was.

By the way, with regard to someone having a drunk appearance. Sometimes one’s appearance does not always equate to the truth. I remember how I was in a hurry one day, rushing from one job to another and was walking up the escalator. I was so tired that I was staggering. A young man passing by saw me, took me by my arm wanting to help and sympathetically, without a shadow of condemnation, asked: “Have you just got back from a party?” “ No,” I replied, “I’m going to my second job. I’m not drunk.” The young man, surprised, asked, “What’s the matter then?” and I replied: “I’m just utterly exhausted, to be honest.”

However, often this can lead to tragic consequences. I remember the terrible story of how eight years ago in our district a teacher, a veteran of World War II, froze to death. He had a heart condition and while on his way home one day felt that he couldn’t walk any further and fell. He lay in the snow for 11 hours until finally his body was taken away by an ambulance. So many people passed by during the span of those 11 hours, but no one stopped to help. The question arises: Why? I don’t think that all of those people were hard-hearted, most likely they were just under the influence of the well-known stereotype: “If a man is lying on the ground, he’s drunk. Nothing is going to happen to him; he’ll just lie around a bit, sober up and be on his way again. It’s not worth the hassle of getting into contact with him.” How did this stereotype emerge? From being superficial and judgmental of others. And in this case, the victim of such behavior was a much-respected person.

The second reason the Church insists on the severity of this sin is because by judging, we assume the role of the Most High Judge—God. “People have taken for themselves My judgment,” we read in one the lives of the saints. In other words, those who judge put themselves in God's place. In the political history of Russia, individuals that appointed themselves as rulers were called impostors. Do you know what kind of fate awaited an impostor in medieval Rus’? They were sentenced to the death penalty. We know that the world will be judged by Jesus Christ, the Son of God, the Logos, the second Hypostasis of the Holy Trinity. But what do we call those who put themselves in place of Christ? Correct—antichrists. A Sermon Before Confession on the Sunday of the Last Judgment
Archpriest Valerian Krechetov
They asked her, “What did you see? What was revealed to you?” She only answered, “Don’t judge anyone. We are going to be judged very severely. Don’t judge anyone.” Judge not that ye be not judged (Mt. 7:1)—this was written in the Gospels. We should try to fulfill this commandment. A Story about Judging
Schemamonk Panaret of Philotheou
And the Angel said to him, “Go to your confessor, whom you saw sinning, and do a prostration to him and ask him forgiveness for judging him. As regards his personal sins, God Himself tries his conscience and He Himself will hold him responsible. Thus, you only saw how he sins, but you cannot see either his repentance or how ardently he repented.”
Comments

Daniel7/2/2017 4:58 am
Editor, thank you. That was helpful, particularly the distinction between discernment and condemnation.

Editor7/1/2017 9:51 pm
Daniel, I think that your question is very important. There is a difference between judging, as in "Judge not lest ye be judged," and having discernment. It's something that Christians always have to work on. We can be discerning and react adequately to various situations, but we have to be careful not to condemn people.

Daniel7/1/2017 9:14 pm
I'm confused about the "drunken appearance" examples. In both of those, doesn't it make sense to initially assume the most common scenario, whether or not one offers help? Surely we can build our understanding based on past experience. Or is that incorrect?

Does the second reason refer to a particular judgement by God? I continually interpret that as a question of salvation.

I ask these questions for clarification, because where I come from, "judging" others has been vilified as long as I can remember. And the results have been destructive. But maybe we are using the term differently.

Anthony7/1/2017 8:20 pm
Very good article. Reminds me of the story of St Paisios and the alcoholic monk.