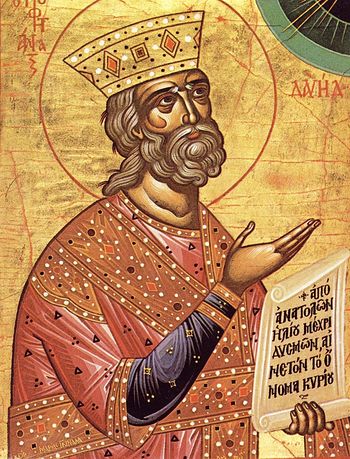 Did you know, my beloved, that the Psalter contains psalms of repentance, wisdom, praise, and historical psalms? I’m sure you already knew. The Psalter, because of its versatility, can be applied to any kind of wound. It can be applied to any situation in life. Whether you’re sick or in a state of despondency, afraid of your enemies or are travelling—for every situation there can be found a relevant verse from the psalms. Whether you’re happy, or jubilant, or are celebrating—the Psalter has a relevant verse. Also, I hasten to inform you that in the psalms there is even found mention of the much hectic and complicated political life. I’m pointing out this detail to those who keep imagining themselves as hermits and thinking the political and civil sphere are completely alien to the Christian. In fact, they’re not. They’re not something that is necessary, but they’re not something that is alien to us either. I’ll prove it to you with quotes from the psalms.

Take Psalm 2, for example—right in the beginning of the Book of Psalms. On the one hand, it’s the first prophetic psalm; it vividly prophesizes of the Son of God. On the other hand, it’s a “geopolitical psalm”. This, as well as other topics of this prayerful psalm, closely merge and form an inextricable connection. The psalm begins with a puzzling question that goes something like, “Why are the people bustling around pointlessly?” The original phrasing of the verse is, of course, much more beautiful and majestic:

Why have the heathen raged and the peoples meditated empty things? The kings of the earth were aroused, and the rulers were assembled together, against the Lord, and against His Christ. Let us break their bonds asunder, and let us cast away their yoke from us.

Literal exegesis of these words (for example, Lopukhin’s exegesis) will teach us many interesting things about the circumstances of the life of King David. This kind of knowledge can fill the intellectual piggy bank of the scholar, but it is not capable of warming the heart. On the other hand, it’s enough to turn on the television or open up a newspaper to see a modern version of those kings and rulers that “are aroused, and assembled together” to conspire and plot. For example, some important European council decides that propaganda of homosexuality cannot be forbidden, not even to minors. What would you call that, if not a “counsel against the Lord and his Christ,” i.e., a clear violation of God’s will? Or what would you call it when one becomes indifferent to human bloodshed, but is distressed over “animal rights”? Or hypocritical sorrow over one dead European on the one hand, and complete indifference to millions of victims around the world on the other? Is this not an “assembly” against all that is holy? 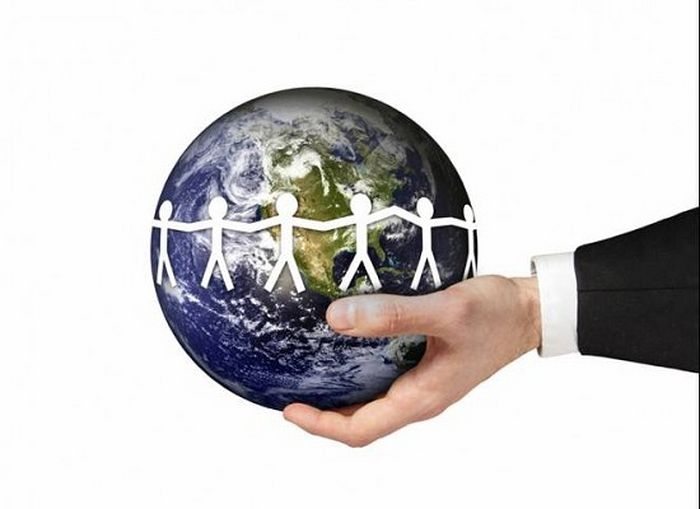 For many years and centuries the most important people of Europe, who sat on thrones and wore crowns, kept in mind the words of God: By me kings reign. (Prov. 5:18). But over time, first one, then another, and then eventually every one of them began refusing to consider themselves as shadows and servants of the True King. They decided to magnify themselves, therefore throwing off the “easy yoke” and “light burden” of Christ. That is what the words, Let us break their bonds asunder, and cast their yoke from us, are about. These same words are the leitmotif of modern world politics.

These are the proud men of whom verse 4 speaks of: He that dwelleth in the heavens shall laugh them to scorn, and the Lord shall deride them. Then, it says, shall He speak unto them in His wrath, and in His anger shall He trouble them. Here the psalm begins to teach us about the Son of God.

Then shall He speak unto them in His wrath, and in His anger shall He trouble them, saying, but as for Me, I was established as king by Him, upon Sion His holy mountain, proclaiming the commandment of the Lord. The Lord said unto Me: Thou art My Son, this day have I begotten Thee. Ask of Me, and I will give Thee the nations for Thine inheritance, and the uttermost parts of the earth for Thy possession. Thou shalt herd them with a rod of iron; Thou shalt shatter them like a potter's vessels.

In other words, the psalm is basically saying, “You’ve turned away, rejected my commandments, considered yourselves the masters of the earth. But the true King is My Son. He is the one that truly has power. He will crush you as an iron rod crushes pots of clay.” These words are addressed to those who consider themselves to be the most important people on earth, accountable to no one. Also, Jesus Christ, in a likewise manner, as one wielding a rod and smiting the nations as though they are pots, appears at the end of the Bible in the book of Revelation. He treadeth the winepress of fury and wrath (Rev.19:15), and there is nowhere to flee from His countenance.

And now, O ye kings, understand; be instructed, all ye that judge the earth. Serve ye the Lord with fear, and rejoice in Him with trembling. Lay hold of instruction, lest at any time the Lord be angry, and ye perish from the righteous way. When quickly His wrath be kindled, blessed are all that have put their trust in Him.

The translation, “Lay hold of instruction” is not accurate and loses important meaning—it should be, “honor the Son”. Thus, the verse loses its direct indication of the need for faith in the Anointed One, the Son of God.

It is also interesting to note that the first three psalms of the Psalter form a kind of prologue, containing the main themes of the entire Psalter—not all of the themes, but the ones most commonly found. The first psalm, “Blessed is the man”, is a “Psalm of Wisdom”. The psalm describes the result of holy blessedness, which is the main theme of the psalm. It talks of the same blessedness that Jesus Christ, the Son of David preached of in His Sermon on the Mount. The third psalm is a prayer of one in grief and persecution and is read in the begging of the “Hexapsalmos”, the six psalms that are read at the beginning of Matins. And finally, in the middle we have the second psalm, a sermon addressed to all earthly rulers that tells of Christ’s power over the whole world. Thus are covered several important themes of the Psalter (leaving aside the themes of praise and joy for now), a book that teaches righteousness, proclaims Christ and gives delight to those who are in sorrow.

You don’t necessarily have to be interested in the details of the lives of earthly kings, but no matter what, sooner or later, the decisions they make will affect you. Not even the greatest of saints were completely apolitical, saints such as Anthony the Great and Symeon the Stylite. Of course, allowing our minds to be excessively immersed in politics will not bring us any peace. We need to have balance and moderation in everything we do; we always need prayer to help us. By the way, St. Arsenius of Cappadocia, who loved the psalms very much and was a devoted expert on them, recommended reading the second psalm as a prayer for granting wisdom to those who hold power. On Psalm 50
Fr. John Whiteford
Is Psalm 50 a Messianic psalm? Why does the psalm culminate in animal sacrifice? How should we incorporate this psalm in our daily prayers? Fr. John Whiteford talks about one of the most often-read psalms. What Orthodox Christianity Can Bring to American Christian Politics
While Orthodox Christians in the United States are just as likely as others to succumb to these false dichotomies, their history might offer a way out of the ideological traps and self-contradictions that dominate current political discourse.
Comments
×