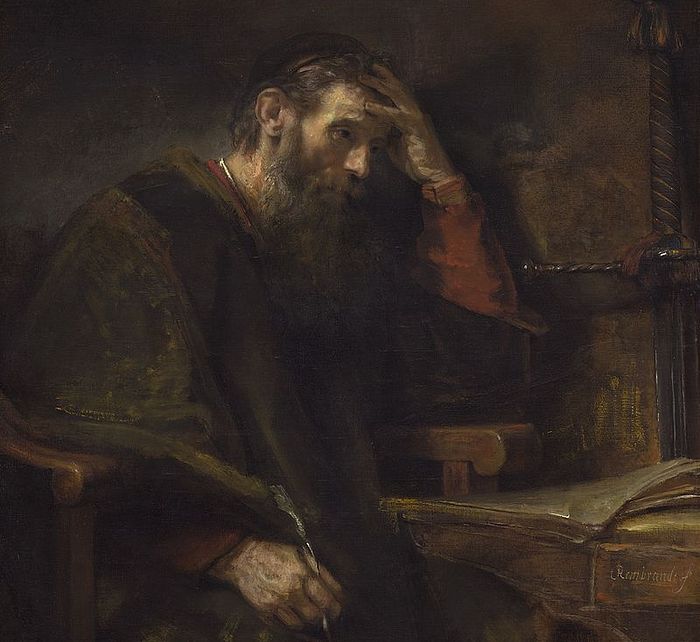 The apostle sent letters personally to Timothy, Titus, and Philemon. We can consider these epistles to be personal letters. They are not what we are talking about now. In fact, the observant reader gets the impression of a profound personal letter from the First Epistle to the Thessalonians.

It would seem that the epistle was addressed to the city’s entire Christian community—to many, not to just one person. That’s all true; out of the five chapters of this epistle, three whole chapters are concentrated on the very personal relationships between the apostle and the Thessalonian community. Only in the last two chapters does the apostle go on to matters of a general character. Before us is a personal letter, that is clear. The letter shows us the Apostle Paul at a very short distance. It allows us to approach the chief apostle close up and personal.

For the apostle Paul, the Thessalonian community was the source of endless joy. What a bond they had! The apostle wrote of himself and his helpers in Thessalonica, We give thanks to God always for you all, making mention of you in our prayers (1 Thess. 1:2).

The fate of the young Greek community reminded the apostle of his own fate, and was very close to him. The Thessalonians turned to Christ and then immediately found themselves under persecution from the local pagan activists. Paul himself had to endure cruel persecutions from his own people right after Christ appeared to him.

But persecutions could not eclipse the enormous happiness of being with Christ (1 Thess. 1:6). Joy like the sun shone through the most sorrowful circumstances of his life. Joy induced him to thank God. And this thanksgiving did not end. The apostle insistently repeats, We thank God without ceasing (εὐχαριστοῦμεν τῷ θεῷ ἀδιαλείπτως, 1 Thess. 2:13, 1:2-3). How should we interpret this? Literally. The man thanks God in his prayers, ceaselessly. Such ceaseless thanksgiving is what ceaseless prayer to God means.

The letter was sent to Thessaloniki for many reasons. One of the reasons is that amongst the Thessalonians a false teaching was being spread concerning the end times. The apostle sent his letter in order also to explain to them this local problem. We find the general ecclesiastical issues in the last two chapters of the letter. The general ecclesiastical issues in the first epistle are mentioned in connection with a specific addressees and supported by the apostle’s personal experience. Rejoice evermore. Pray without ceasing (1 Thess. 5:16–17). This line described in full the spiritual countenance of the apostle Paul—a doer of ceaseless prayer.

Orthodox ascetics understood the words about ceaseless prayer as an ascetical commandment. In their understanding, the ascetics relied upon the tradition handed down by the apostles and upon their personal experience of the Jesus prayer.

Sometimes the apostle’s commandment is understood in the ordinary, “weak” sense—“Thessalonians, pray regularly. You have to do your daily prayer rule. Do not allow yourselves to miss it for any reason.” This is also a possible way to understand it, but nevertheless we mustn’t forget that the apostle is pointing to a very lofty spiritual goal when he calls upon his spiritual children to “pray without ceasing”.

It is unlikely that the Thessalonians who read the epistle rose up to this lofty goal. But those who did—could they have received the gift of ceaseless prayer of the heart in an hour? The path to ceaseless prayer is not as short as it might seem.

One of these interim steps can be called ceaseless mental prayer. What is this experience and what does it have to do with the Epistle to the Thessalonians? 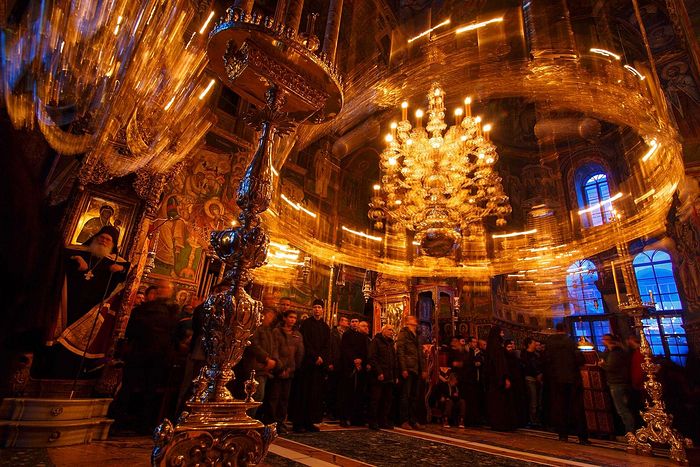 Thessalonica and Athens are separated by 100 kilometers. In the Athonite monasteries there is a custom on an honored feast day to serve a panegyric from evening to morning. It is difficult to get through the prayer vigil of a panegyric, which lasts around fourteen hours. Only a fervent ascetic is able to keep his attention during the whole panegyric. But what about the ordinary pilgrim? He leaves the church for an hour to drink tea and exchange a few words with his brothers. After returning to the church noticeably revived, three hours later he is already struggling with the sleepiness overtaking him. The pre-dawn hour brings the service from the church to the courtyard, where there is a blessing of the water. Drowsiness disappears once more. After the moleben, the service goes back into the church and rises to the very apogee of the panegyric—the triumph of Divine Liturgy. Then the service ends. The pilgrim leaves the church and heads to the feast in the refectory. But at the same time, he hears the Vespers hymns in his mind—“Lord I have cried unto Thee, hearken unto me.” The service is over, the choir has stopped calling to the Lord in the church. But the prayers it sang do not cease to echo in the pilgrim’s mind. The choir’s repeated prayers go on repeating themselves in the pilgrim’s mind as if on their own, again and again.

After the panegyric there remains a kind of ceaseless mental prayer. It goes on for hours without stopping. The person feels how easy it is for him to pray. Finally the day is over, the sun dips beyond the horizon, and it is time to go to sleep. In the morning the pilgrim notices with regret that the self-moving sound of prayer has quieted down. And he remembers how all day after the panegyric he carried ceaseless prayer in his mind. During those hours his praying mind most likely did not unite with the heart, as it did for the apostle Paul. Nevertheless, the ceaseless prayer of the apostle Paul was as if right next to him, at a comparatively short distance, not as far away as it usually is. And our pilgrim now reads the profound words of the apostolic letter to the Thessalonians in a new light.

When he gets on the bus from the boundaries of Athens to the area of Thessaloniki, he will have two hours to remember once again the unceasing prayer after the panegyric. And he will understand in full detail what the spiritual meaning of those long, long church services consist in. This is how in our days, Mt. Athos allows the most ordinary people to feel the reality of those simple apostolic words about ceaseless prayer. The power of Mt. Athos
Archbishop Theophylact of Pyatigorsk and Cherkessk St. Paul's only Friends in Athens: St. Dionysius the Areopagus and Damaris
Excerpt from H. V. Morton's, In the Steps of St. Paul
Henry Vollam Morton
Yet history has shown that Christianity has never been more triumphant than in apparent failure. The seeds had been sown. Paul could not know, as he gazed up at the temples on the Acropolis, that the day would come when the mighty Parthenon would be consecrated as a Christian Church dedicated to the Mother of God. The Tears of the Apostle Paul
His Eminence Metropolitan Seraphim of Kastoria
On the Apostle Paul, "the lofty and great ... who was almost incorporeal and the prisoner of Christ's love," the governor of the Church and the corrector of the ecumene, the educator and father, the tent-maker and landless, as he was characterized by Saint John Chrysostom, will this poor and insignificant discourse deal with.
Comments
×