On Irina Ratushinskaya’s “Atypical Dissidence”, Faith, and Love for Her Country

Irina Borisovna Ratushinskaya (born March 4, 1954), a poet, a former dissident and an Orthodox Christian, reposed in the Lord on July 5, 2017. Her works, Grey is the Color of Hope (about her imprisonment for writing Christian poetry), In the Beginning, and Beyond the Limit were translated into English and are available on Amazon.com. Pravoslavie.ru talked with Irina’s husband Igor Gerashchenko, also a former dissident and a member of the Artists Trade Union of Russia. They were married for about forty years, and have been “through the mill”. Both were human rights activists, but neither ever equated the Soviet authorities and the Communist regime, which they rejected, with Russia and its people. 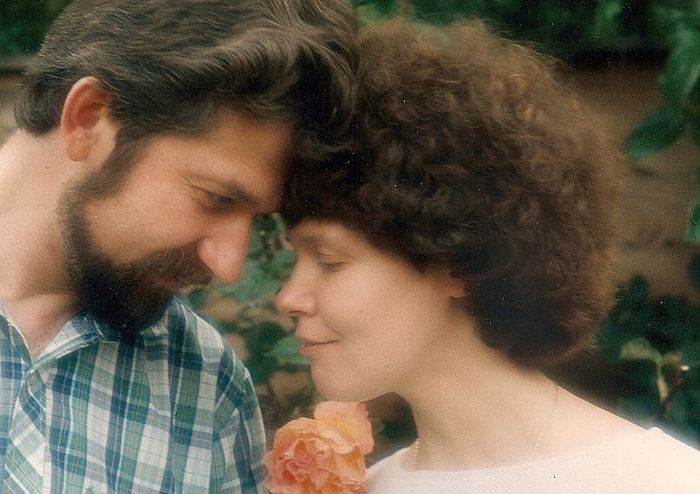 “We were not typical dissidents”

Irina and I were not typical members of the dissident movement. Quite often people joined it out of pride. Many dissidents used to tell me that whenever they wrote a letter and sent it to The Voice of America, it inevitably appeared on the table of the Politbureau members the following day. And they already imagined themselves wearing general’s stripes. But most dissidents were in fact half-educated individuals and did not have any serious professions. And when the Soviet Union collapsed, those who were able to do something else abandoned the dissident movement. Meanwhile, those who were unable to do anything else became our present-day human rights activists, most of whom fill me with disgust. The activity of the overwhelming majority of them (but not all, nevertheless) can be characterized by only one word—Russophobia. In actual fact, against the background of the “great evil” of the Soviet Union, it (this Russophobia) went practically unnoticed.

One of our first letters (which provoked a typical reaction from the Soviet authorities) was written when Andrei Sakharov [1921-1989: the prominent Russian nuclear physicist and civil rights campaigner, who helped develop the hydrogen bomb but campaigned against nuclear proliferation] was exiled and all the newspapers with one voice announced that it was done “following multiple requests from numerous working people” who “wanted” this, although it was illegal. We wrote that we were certainly not among those “numerous citizens”. I was an engineer at the time, a first class designer, and Irina had just moved from Odessa to Kiev. It can be said that it was our first political action.

On dissidents in modern Russia

Now we have already achieved all of this, so in modern Russia the word “dissident” is simply meaningless.

However, I don’t think that there are no political prisoners in Russia today. Yes, there are some political prisoners, though they are a tiny minority. For example, in the USA there are immeasurably more than here. Of course, this is not right, but this phenomenon is not a reason for me to personally participate in this struggle. At the same time, in recent years there were several more letters in support of civil rights that Irina and I signed…

Who are dissidents in general? Dissidents (dissenters, nonconformists) are those who refuse to conform to the official, established religion. At the moment there can be no dissidents in Russia; Russian citizens are not being forced to conform to any official religion. Now Russia is a free country. Yes, we do have corruption and other disadvantages, but, in my opinion, we have simply become an ordinary bad country. More than that, I believe that today Russia is the freest or one of the freest countries in all Europe.

When we were exiled from the USSR, we had a clear-cut position: We did not receive any grants. Western grants are very dangerous; they are intended for “recruiting” people for political reasons. And it doesn’t matter who created these politically oriented foundations—completely dishonest people will inevitably become their resource managers and will use these grants as political leverage… The above concerns only Western funds.

When Irina and I were deprived of Soviet citizenship, the UK, the USA, Sweden, Norway and the Netherlands immediately offered us residency permits. In the case of Britain, it was none other than Margaret Thatcher who offered it to us. As for American citizenship, President Ronald Reagan offered it to us during a face-to-face meeting. Reagan said that if we accepted his proposal we would come out of his office as American citizens—there would be no loyalty oaths and so on. But we turned down his offer. The president was surprised and said that it was the first time that happened, and he asked us the reason for our refusal. We explained to him that our motherland was Russia and the United States would in any case remain its main geopolitical enemy. At the time it was the Soviet Union, but we believed that sooner or later the Soviet regime would fall, and we did not rule out the possibility of a military conflict between the USA and Russia—in that case we would definitely take Russia’s side. In view of this, acquiring American citizenship was unacceptable. Interestingly, Reagan was not offended at all, and he heard us with respect… 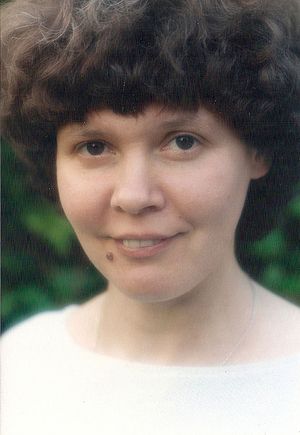 Irina Ratushinskaya
For Irina, all of her poetry and creative activity was like a conversation with God. It doesn’t mean that most of her poems were on religious themes. Actually, she did not write very many purely religious poems. But the concepts of “good” and “evil” that any literary genre deals with are associated with God, for they were defined by the Lord for us.

Irina’s conversion was not some zig-zag; it was a gradual process in her final years at university (she graduated in physics from Odessa University) and the first several years after graduation. And it was not due to the Church that existed in the Soviet Union at that time… The same can be said about my conversion story as well.

We did not read spiritual literature—it was simply not available then. The first copy of the Bible that Irina acquired was in Church Slavonic, and she read it in her early twenties. We got our first Bible in Russian when Irina was twenty-six, in 1980 (by that time we already were [legally] husband and a wife). We got married in Church on November 16, 1979, at the Antiochian representation church in Moscow.

We first met Metropolitan Anthony of Sourozh during our stay in London, after a meeting with Margaret Thatcher, and interviews with a huge number of reporters. And when we had a free day, our friend (and afterwards—godmother to our child) Elena Kozhevnikova took us to the church. There was no service there at that moment. As we entered the church we saw an elderly man washing the floor. He was wearing sandals on his bare feet and a rolled up cassock. He saw us and immediately left his floor cloth; then he waved his hand in greeting, said that he would go and wash his hands, ran somewhere and came back. After that he quickly came up to us, embraced and gave us a fatherly kiss. Alena introduced him to us: It was none other than Metropolitan Anthony of Sourozh…

He lived at this church and led an exemplary monastic life. He radiated such love and light that it strengthened our faith to a considerable degree. Metropolitan Anthony himself said in one of his sermons that in order to truly come to believe in our Lord Jesus Christ we need to meet someone in whom this genuine faith manifests itself. And Metropolitan Anthony was precisely this sort of person. 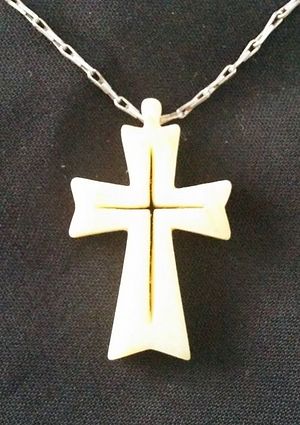 I. Ratushinskaya’s cross
In the Soviet era, prisoners were not allowed to keep metal items with them. I carved a neck cross out of a walrus tusk and passed it to Irina through the camp’s deputy chief [in 1982 Irina Ratushinskaya was accused of “anti-Soviet agitation and propaganda” and sentenced to four years in a strict regime labor camp for women in Mordovia]. All the guards of the colony were bribed by me. At the time I worked as a toolmaker and earned 300 rubles a month (it was a lot of money for that time) so I could afford to bribe them. Irina wore this cross throughout her term in the labor camp. Three times Irina was asked to take her cross off and three times she firmly refused, so in the end they all just had to ignore her wearing it.

When we came to London and met with Metropolitan Anthony, Irina took her cross off and asked him to bless it as she had not had the opportunity to have it blessed before. The metropolitan took the cross and went to the altar with it. Two minutes later he returned and said: “This cross already was blessed—not by me, but by the higher powers.”

Irina developed cancer. The illness lasted for two years and three months. A woman of great courage, she was never afraid to die. Irina was concerned only about the following things before her death: to have painkillers at hand at any moment, and to die at home—on our bed and in my arms. In the final days of her life I gave her morphine injections every four to five hours and gave her drops two to four times a day…

Four or five days before her repose, Irina confessed and received Communion…

And she passed away in my arms with a smile on her lips. “He spends all his time in the cathedral and even forgets to eat.”
Archimandrite John (Krestiankin) as the soviets saw him (1955)
Hierodeacon Theophan (Bortnikov)
Today is the tenth anniversary of the repose of Archimandrite John (Krestiankin). To commemorate him we present an unusual testimony to his zeal and Christian love—a sort of apophatic approach to the biography of a saintly man. It comes from reports written by the Pskov plenipotentiary for religious affairs A. I. Luzin, whose job it was during the atheist Communist period to watch Fr. John’s every move and report back on his “crimes”.
Comments

Anastasia-Camille Glover10/13/2017 12:24 pm
Can someone please help. I need to know if this was the author my mother worked for in California in 1986-1987. She had a son, Irwin, whose name I have not seen listed anywhere, and I thought she was either divorced or estranged from her husband. But I was very young, and this woman sounds like she could be her. My mother died young and I got no photos, heirlooms, or belongings. I wanted to find people from her past, in order to write about her. I need to know if Irina was nominated for, or attended, The (now-defunct) Angel Awards in Los Angeles in 1987. The Russian writer my mother worked for attended the event, with my mother in tow. I've been searching for years, please help. Thank you.

THE REVD DOUGLAS DALES9/24/2017 11:40 pm
This is a moving and eloquent testimony to the passing of a great poet and a great Christian witness in dark times. Her family will remain in my prayers.