How a Edinoverie Parish is Organized 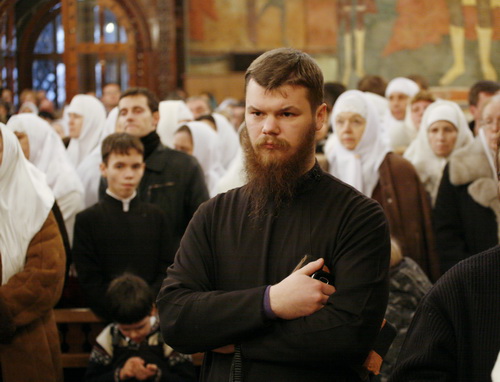 First, let’s brush up on some basic concepts. Orthodox Old Believers (Edinovertsi) are children of the Russian Orthodox Church, observing the “old” rites in the Divine services and an especially strict way of life in the parish and at home. Followers of the ancient rites are united in parishes called Edinoverie or Old Ritualist. They are subject, like all Orthodox parishes, to the local hierarch.

Hieromartyr Simon (Shleev), the first Edinovertsi bishop and prominent figure of the Edinoverie, pretty clearly and succinctly described the whole essence of Old Believer parishes in one paragraph in his early twentieth-century article “To the Question: What Kind of Bishop Do the Edinoverie Need?”:

Edinoverie parishes differ from Orthodox parishes in their monastic manner of Church life. In them, for example, the monastic attitude of the rector and brethren is very vividly felt. The parishioners, like the brothers of a monastery, elect their own rector and manage the life of the parish community together with him. In a Edinovertsi parish community there are monastic elders, elected custodians, close advisors of the church warden, and the rector of the church. In Edinoverie parishes, if there are favorable circumstances, monastic discipline, a high respect for the authority of the spiritual father, obedience to his will, and the fulfillment of his commandments are observed. The Divine services are celebrated according to the monastic order in Edinoverie churches, without omissions, with preservation of all their details, as indicated in the Typikon. Edinoverie churches use the same order that distinguishes monastery churches from other great Russian Orthodox parish churches.

“Is that it?” the sophisticated modern Christian might ask disappointedly, having traveled to holy monasteries of Russia and abroad. If you want a monastic way of life, go to a monastery—fortunately they exist in nearly every diocese today, or relatively close. There are even monasteries in cities. You’re welcome to go to the long services, fulfill an obedience… So, what is so special about these Edinoverie parishes? 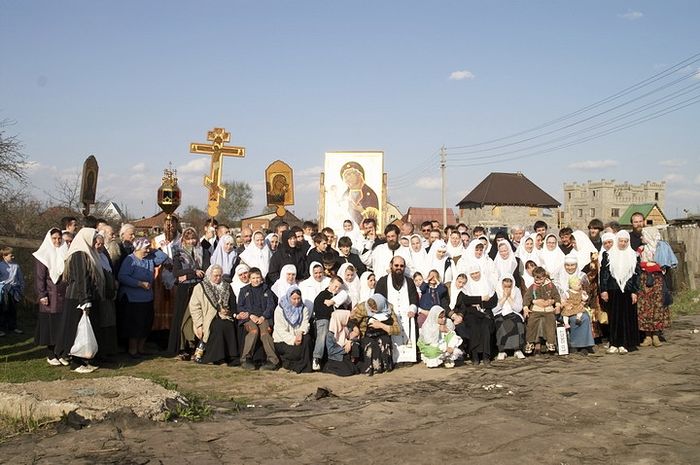 First of all, I must say that in the understanding of Edinovertsi, the parish is not those who “come” to the Divine services, venerate the holy objects, throw a symbolic offering in the cup, and leave. We are talking primarily about Christian community. “Where there is tithing, there is a community; where there is no tithing, there is a parish.” This well-forgotten Russian saying visually depicts the difference for us. We should not narrowly understand only a tenth part of our income as a “tithe.” Rather, it’s about the ability to sacrifice, to give a part of yourself to the parish. This outlook is held by the majority of parishioners in Old Believer churches. There is no tithing as a strictly-defined concept; the principle of freedom is active here, but, of course, voluntary tithing exists.

Edinoversti parishioners participate in worship; many sing and read on the kliros; trapeza happens quite often, at which critical parish problems and sometimes questions of helping someone in the parish are discussed. Communication is quite close, and the rector, as a rule, knows about the lives of all his children. He is usually everyone’s spiritual father.

It is not difficult to become a member of a Edinoverie community: You have to regularly attend the services and gradually begin to live by the established rules for the parish way of life. In the morning and evening pray the Midnight Office and Compline, began any act with prayer, observe the fasts, constantly form yourself in the faith… Instructions for life for Edinoversti, of course after the Book of books—the Gospel, the teachings of the apostles and the holy fathers—include the works of the ancient Russian world, such as the Stoglav Council,1 The Domostroi,2 A Son of the Church3, and The Rudder.4

I remember when a new parishioner appeared at a Edinoverie community. Eagerly studying the Christian faith and regularly going on pilgrimages, this man really loved Orthodox services. He completed the diocesan course for ustavchiks-chanters… And within a year he had become the ustavchik5 of the community. 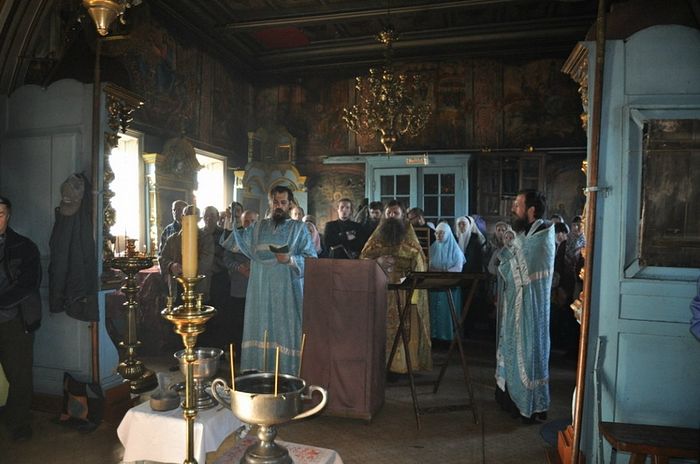 Legally, Edinoverie parishes wholly correspond to regular Orthodox parishes as far as statutes. Their affiliation is prescribed in name only, mainly as a “Edinoverie community,” but there are other versions, such as “Orthodox Old Believers.” The parish council can be headed by laity, but usually it’s the rector. Either option is natural for a Edinoverie community. In different times and in different situations with the temporary absence of a priest, Russian Christians formed the practice of the “lay order” of the Divine services. Dropping the priestly prayers, the exclamation is given by a laymen—the elder of the service or “canonarch.” The kliros would sing, the Gospel would be read. The All-Night Vigil would be served… Of course, they didn’t have the most important service—the Liturgy—but the community continued to live. And this self-subsistence to some degree explains the durability of Edinoverie communities. This practice enhanced the self-awareness of the parishioners, their responsibility, and their literacy in terms of the Divine services (and still enhances—there are not enough Edinoversti priests today). Their zeal was high, thus maintaining a high level of beauty in the Divine services. Most often, people engaged in secular professions in regular life governed the services. Worship was an outlet, a creative splash, and a change of activity. And the community lived. They gathered to pray, to solve some problems, to build church buildings, to buy something, to hold educational activities. The community was registered, and there was a chairman of the parish council.

One of the Edinoverie parishes of our time celebrated the services according to the “lay order” for seven years. They would go to other churches in their city for Communion. However, the community did not fall apart; there was a stand-out candidate for the priesthood, and, having received the order, he pastors the parish till now with the help of God. As a rule, the priest is supplied for a community from among the active laity. That is, the community “grows” its future rector. Therefore, in Edinoverie parishes, the priest is of one whole with the entire community. The likelihood of transferring him to another parish is negligible, and from the moment of his placement, batiushka begins, or rather, continues to actively occupy himself with the parish, in all its affairs, as a rule, consulting with his flock, with its respected and active representatives.

Edinovertsi try to have spiritual conversations or read soul-profiting books aloud at gatherings, discussing them together afterwards. Questions on faith in the modern world are raised fairly often. Much time can be devoted to learning the liturgical order, Church singing and reading, and pious traditions. They go on pilgrimages often, including to Edinoverie patronal feasts in other dioceses, and having guests to your house is a common thing. Edinovertsi are friendly and welcoming. 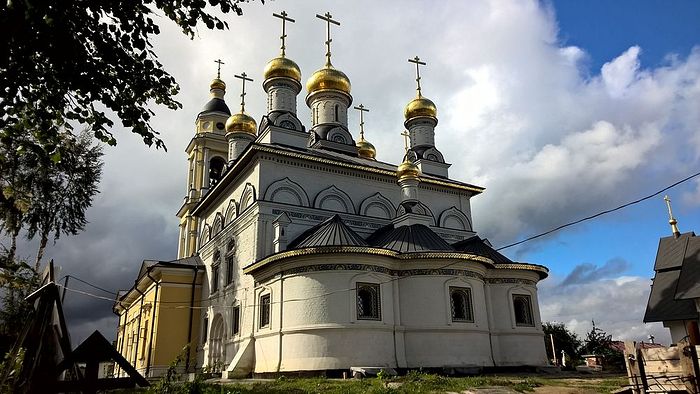 Church of the Archangel Michael in Mikhailovskaya Sloboda

Once the author of this article wound up at the largest Edinoverie parish of Michael the Archangel in Mikhailovskaya Sloboda in the Moscow Region. At trapeza they have the reading of the lives of the saints, blessed silence, the changing of readers, and a blessing for obediences after the meal. Everything that happens on the territory of the parish is Christ-centered, and trapeza is no exception.

The priests or elders in the community, according to usual habit, can visit parishioners on feast days, or on normal days, holding spiritual conversations. So, about community, parishioners of Edinoverie parishes can say one thing: It exists, and it’s very gratifying. The community here is called a community not in letter, but in spirit. Of course, they can discuss normal mundane questions, and share news, but, as a rule, there is an unspoken tradition of “trimming the excess,” therefore Edinovertsi do not hold idle conversations not on point.

The close fellowship gives rise to the definite moral education of its members, not in word, but in example and conscience. It’s difficult to lead a double life; even in a big city your life is not always in full view: Fellowship in the parish and outside of it and constant participation in worship do their job. The existence of a community already starts the process of engaging the children of parishioners in it. Drawing children into participation in the Divine services is considered good form for Edinovertsi. Children can already stand on the kliros and help in the altar at seven years old. At home, they grow up in Russian culture, of course, and imitate their parents’ example. If the parish has Sunday School, they go. But the Edinovertsi can fully make up for a lack of parish education with home education. 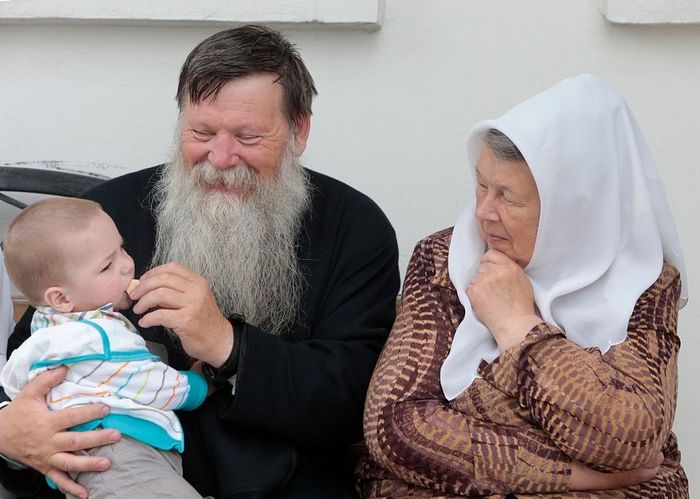 Thirty years have already passed since the fall of the USSR and the beginning of the rebirth of the Edinoverie. The emergence of already-rooted Edinovertsi families has become a pleasing tendency in recent years. The children of parents who only just started going to Old Rite churches in the 1990s are getting married. Such families not only walk in the steps of their parents, remaining in Edinoverie communities, but also multiply their experience in the Christian life. It sometimes happens that Edinoversti unite themselves in the bonds of marriage with Orthodox of the New Rite, and here the situation can unfold differently, but usually our communities are only replenished thanks to such unions.

Strict observance of Church order and discipline, the austerity of way of life, firstly personal, and the high level of Christian self-consciousness—it all helps Edinovertsi communities survive in our day. Conservative views and firmness of conviction of Christian-Edinovertsi draw like-minded people to Old Rite churches, and it only strengthens the communities. Today the number of Edinovertsi in Russia and abroad is gradually growing, with new parishes being opened. But at the head of the whole life of the community lies God’s main law—Love.

1 The Stoglav or One Hundred Chapters Synod was convened in Moscow in 1551 to regulate the Church’s relationship with the state, reform its internal life, strengthen episcopal authority, and squelch non-Christian folk customs. The council’s decisions became the basic code of law for Church life in the second half of the sixteenth century.

2 The Domostroi or Domestic Order is a sixteenth-century Russian set of household rules, and instructions for various religious, social, domestic, and family matters.

4 The Rudder is a collection of ecclesial canons from ecumenical and local councils and from the holy fathers of the Church, compiled by St. Nikodemos the Hagiorite.

5 The ustavchik is in charge of guiding the readers and choirs according to the proper order for any given service. Edinoverie Old Believers: Yesterday, Today, Tomorrow
Vladimir Basenkov
The Edinoverie allows you to truly, as a in monastery, break away from worldly vanity, immerse yourself in a prayerful condition, look at the Orthodox faith through the prism of greater strictness with yourself, and pull yourself up to a personal spiritual height. Editor7/27/2017 11:14 am
John - we're glad you've been enjoying these articles. A Son of the Church can be purchased here: https://shop.churchofthenativity.net/collections/frontpage/products/a-son-of-the-church

John 7/27/2017 1:47 am
I have been greatly enjoying the series of articles regarding the Edinoverie and look forward to more in the near future. It would be good to learn details of Edinoverie practices and customs in both Church and at home, as there very little such information available in English. Some excerpts from "Son of the Church" would great.Thanking you. In Christ.