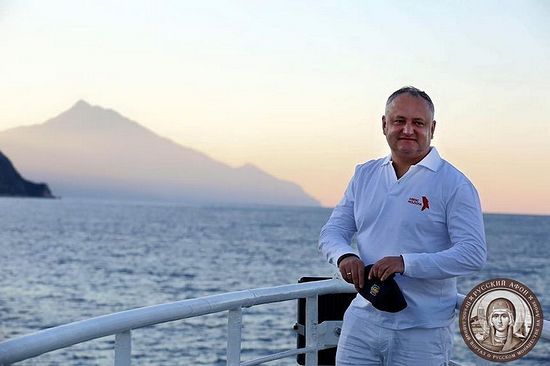 Moldovan head of state Igor Dodon began a 3-day pilgrimage to Mt. Athos on Tuesday. President Dodon arrived by conventional ferry with friends and colleagues, choosing to travel as a simple pilgrim without protection and VIP escorts, reports Russian Athos. Preliminary arrangements have been made for Athonite sacred objects to visit Moldova next year during the trip.

The purpose of his visit, according to the president, is to visit Moldovan habitations on the mountain, and to pray for the people of Moldova, for their future, and for peace and prosperity. The president noted that many Moldovan rulers from the 15th-17th centuries helped to restore Athonite monasteries, and that Moldovan monastics have always inhabited the mountain, founding monasteries and sketes. He has stated that he hopes to visit the Holy Mountain at least once a year. 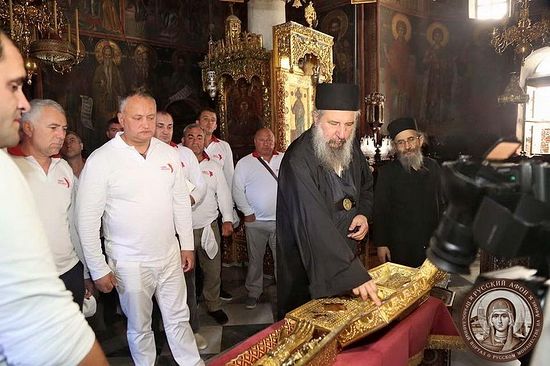 President Dodon has visited many monasteries and sketes, including the Skete of St. Anne, and the monasteries of St. Paul, Dionysiou, and Xeropotamou. 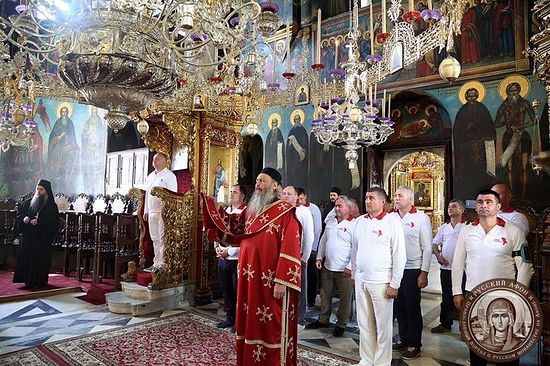 The Moldovan leader also visited the Russian St. Panteleimon’s Monastery on the first day of his trip, where he was greeted at the gates of the monastery, under the festive ringing of the bells. A brief moleben with prayers for the health of the president was held in St. Panteleimon’s church. After the service, abbot Archimandrite Evlogy spoke, noting the centuries-old ties of Moldovan rulers with the Russian Athonite monastery. He especially noted the special role of St. Paisius Velichkovsky in Slavic-Moldovan ties and the revival of their monasticism on the Holy Mountain.

President Dodon emphasized in his speech that he was touched by such a warm welcome and heartily thanked the abbot and the brethren, expressing genuine joy that he had stopped in the Russian monastery, so dear not only for the faithful in Russia but also in Moldova, Ukraine and other Orthodox countries.

According to the president, more than 98% of the Moldovan population is Orthodox. “Our faith is what preserves our state and we are obliged to cherish and protect it. Therefore it is very important to revive our historical ties with Mt. Athos as a center of universal Orthodoxy and the traditions of Orthodox monasticism.” 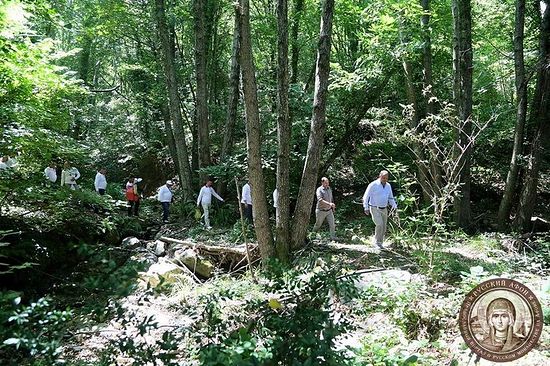 The Moldovan president also attended the All-Night Vigil in honor of the Prophet Elijah at the Russian monastery, as well as the Divine Liturgy the next day. Following the Liturgy, he visited the Holy Kinot in the Athonite capital of Karyes, where Protoepistasis Fr. Gervasius also noted the ancient connection between Moldova and Mt. Athos. For his part, President Dodon thanked the delegation for taking time to meet with him on such a beloved feast as that of the Prophet Elijah. 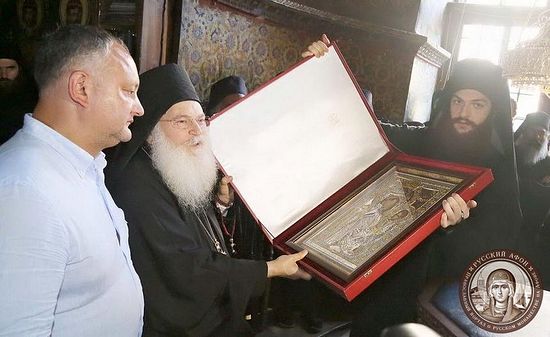 During the talk, the president asked the Holy Community’s assistance in bringing sacred objects from Mt. Athos to Moldova in the coming year, to bless and spiritually strengthen the Moldovan people. A preliminary agreement was reached, with further negotiations and clarifications to come. The Holy Community then presented Mr. Dodon with a copy of the miraculous Axion Estin Icon of the Mother of God, and prayer ropes to all those traveling with him.

The Moldovan pilgrims next visited the Skete of St. Andrew, followed by the kelli of St. John the Theologian where there are brethren from Moldova. After dinner they moved on to Vatopedi Monastery, where they met with abbot Archimandrite Ephraim, who gifted them a copy of the Joy and Consolation Icon of the Mother of God. The group remained at Vatopedi for the evening services and the Divine Liturgy the following day, after which they departed for Dochariou and Zographou Monasteries today. Mount Athos Now Has its Own Smartphone Application

Mount Athos Now Has its Own Smartphone Application
The user can download the free application that will remind them of religious holidays, days of fasting, Greek Orthodox feasts, while also provides all the information about monasteries.
Comments
×