Notes of a Tour Guide

Our regular guests—pilgrims from the Diocese of Voronezh and Borisoglebsk—visited us over the weekend at the Optina Monastery excursion office. They brought us some new stories. 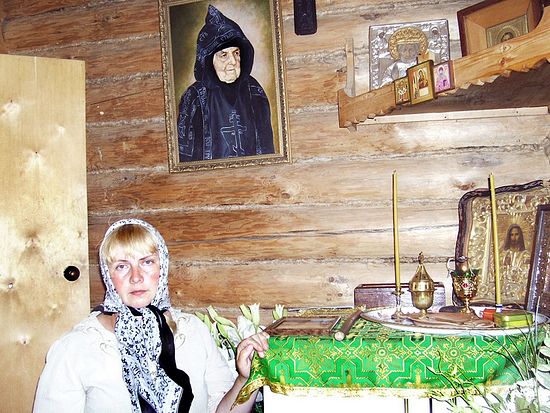 A story from Elena P., a pilgrim from Voronezh 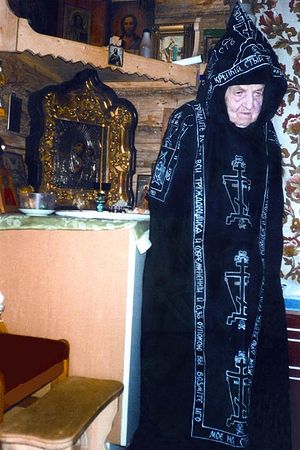 Schemanun Sepphora
Elena P., a friend of the tour guide Margarita Bessonova from the Voronezh and Borisoglebsk Diocese, came with her this year to Optina on the feast of the Kazan Icon of the Most Holy Theotokos. They usually go to Klykovo after Optina, to the Monastery of the Icon of the Savior Not-Made-By-Hands.

Eldress Sepphora, who prayerfully stood at the forefront of the rebirth of Optina Monastery and Klykovo, and died in 1997 in her 102nd year of life, labored in this monastery. Abbots and archpriests turned to her for help and advice, and thousands felt in their own lives the power of her fiery prayer, which flew to the throne of God like a bird.

This time the brothers of the monastery had a request for the group: Perhaps someone from among the pilgrims could donate a little to the beautification of the altar. The brothers would commemorate any benefactors at Liturgy for a month.

Elena rode on the bus on the way back, and talked about the request. She told them, “It’s for Matushka Sepphora.” Why did she say that? She herself didn’t know. There was a feeling that the eldress knew everything about the monastery’s needs, and that everything happened in the monastery by her prayers.

The pilgrims gave a little and wrote their names on commemoration sheets. She gathered a little more at work from her acquaintances. She gave Margarita a packet with money and commemorations on Saturday. Margarita went to Klykovo to give them the packet; no one counted how much money there was. 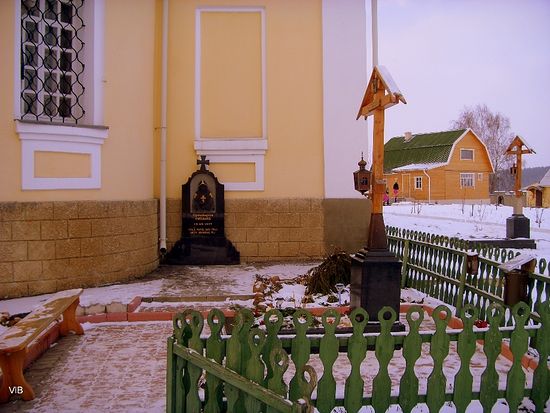 The brothers called a little later to say thank you and to tell about how the money came just in time: It arrived on Saturday, and on Sunday they had to give it to the construction workers—and not only just in time, but exactly the amount that they needed—right down to the very ruble.

A story from Nadezhda Ivanovna B., a resident of Voronezh: 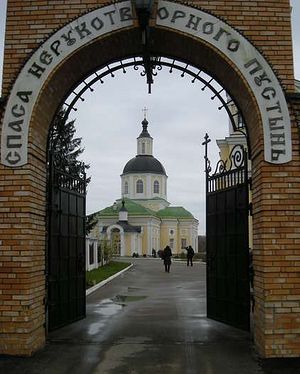 I went to the oncologist about a cyst on my lip. It was a bump, the size of a pea, constantly growing; it reached the size of a fingernail and turned dark blue; it was uncomfortable even to walk on the street—it was ugly and unsightly.

Well, fine, let it be ugly. The oncologist spoke about an operation, but I was scared of an operation.

My daughter brought oil from Klykovo from Matushka Sepphora. I anointed the affected spot with the oil several times. I woke up in the morning, licked my lip where the spot was—the usual bump was gone. I looked in the mirror, and there really was nothing there—the skin was clean! I was healed!

A story from N., a pilgrim from the Diocese of Voronezh:

They found a lump on my chest, and I went to see the oncologist.

Once I had dream—I was walking around the Holy Protection Cathedral that we have in Voronezh, where the bishop’s cathedra was for many years, where the relics of St. Mitrophan of Voronezh are kept. So, I was walking around the cathedral, and a nun was coming towards me wearing the schema, with a stick. She came closer and said, “I am Schemanun Sepphora. Come see me.” 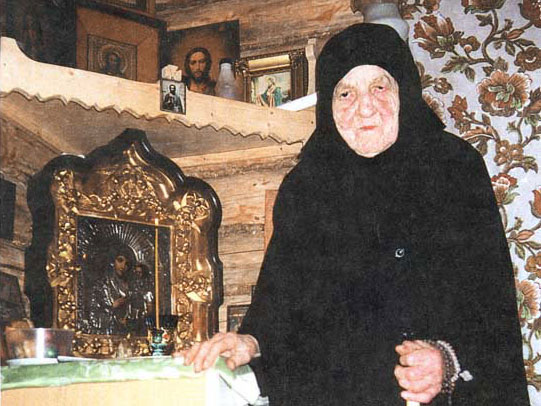 Before that I hadn’t heard anything about any Schemanun Sepphora, and I didn’t even know of such a name.

She repeated her name to me three times and gently tapped me with her stick on my ailing chest.

I woke up, went to church, and started asking if anyone knew such a schemanun. They told me this eldress was well-known.

I went to my next appointment with the oncologist, and the lump had disappeared!

Of course, I went to see Matushka Sepphora in Klykovo, to thank the eldress for my healing.

Wondrous is God in His saints! 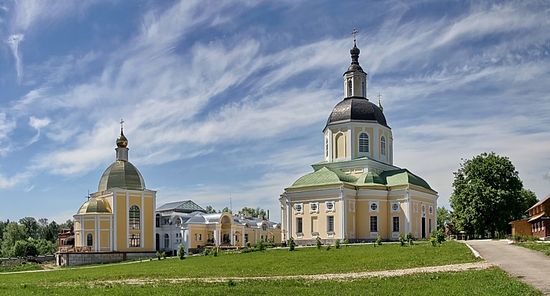 Klykovo. The Monastery of the Icon of the Savior Not-Made-By-Hands Visiting Matushka Sepphora
Olga Rozhneva
The clairvoyant Schemanun Sepphora prayerfully stood at the forefront of the rebirth of Optina Monastery and Klykovo, and died in 1997 in her 102nd year of life. Two people cured on Cyprus during the visit of the Crimean holy doctor's relics
Metropolitan Isaiah of Tamassos and Orinis wrote in his letter to Metropolitan Onufry of Kiev and All Ukraine that a woman saw the holy doctor in her dream, who told her about her illness about which she knew nothing, and said he would heal her when his relics would be brought to Agia Varvara village on June 1.