“Happy is he whose help is the God of Jacob, whose hope is in the LORD his God, who made heaven and earth, the sea, and all that is in them; who keeps faith for ever; who executes justice for the oppressed; who gives food to the hungry. The LORD sets the prisoners free; the LORD opens the eyes of the blind. The LORD lifts up those who are bowed down; the LORD loves the righteous. The LORD watches over the sojourners, he upholds the widow and the fatherless; but the way of the wicked he brings to ruin. The LORD will reign for ever, thy God, O Zion, to all generations. Praise the LORD!”   (Psalm 146:5-10)

In many Orthodox churches, it is customary to sing the above Psalm 146 at the Eucharistic Liturgy. The Psalm expresses an ideal for the life of the people of God and how we are to be godlike, and to act toward the stranger, the sojourner and the oppressed with the same intention as God Himself: executing justice for them all. In fact, we are to treat them as we would wish to be treated (Matthew 7:12). It is for this same reason, this same vision, that the Orthodox in America need to stand together with those who oppose racism and bigotry. It is why we believers need to oppose white supremacist or neo-Nazi groups: such ideology goes against the very understanding we have of God, of what it is to be human and of Christianity. All humans are called by Christ into a holy unity. It may be natural to us to identify with people like us – same ethnicity, or race or social class. These may be the people we spend the most time with, marry and live with in our neighborhoods. Scripture itself has a great deal of “us” and “them” thinking. We can choose to live with and marry people like ourselves, but in Christ, we are to treat all others – the stranger, the alien – as we treat people like ourselves.  St. Paul writes forcefully: 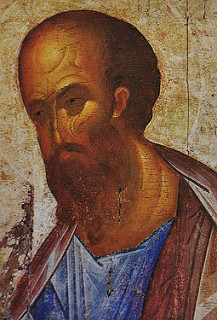 “… remember that you were at that time separated from Christ, alienated from the commonwealth of Israel, and strangers to the covenants of promise, having no hope and without God in the world. But now in Christ Jesus you who once were far off have been brought near in the blood of Christ.

For he is our peace, who has made us both one, and has broken down the dividing wall of hostility, by abolishing in his flesh the law of commandments and ordinances, that he might create in himself one new man in place of the two, so making peace, and might reconcile us both to God in one body through the cross, thereby bringing the hostility to an end. And he came and preached peace to you who were far off and peace to those who were near; for through him we both have access in one Spirit to the Father. So then you are no longer strangers and sojourners, but you are fellow citizens with the saints and members of the household of God, built upon the foundation of the apostles and prophets, Christ Jesus himself being the cornerstone, in whom the whole structure is joined together and grows into a holy temple in the Lord; in whom you also are built into it for a dwelling place of God in the Spirit.” (Ephesians 2:12-22)

Our vision as Orthodox calls us to this peace in Christ – to live at peace with those who are our neighbors. As Christ taught, the real question is not “who is my neighbor?” but rather “how can I prove myself to be a neighbor to those I meet?” (Luke 10:29-37, the parable of the Good Samaritan). We Orthodox in America need to prove we are Christ’s neighbor by standing against violence and racism and hatred, by siding with those we think of as the stranger, the alien, the sojourner. Many of us Orthodox came to America as strangers and aliens (or our ancestors did), and many Orthodox as immigrants encountered prejudice and hatred for no other reason than our names, our languages, our Orthodox Faith. Our message within our parish communities is to be Christ’s message of being neighbors, of love, of caring for the oppressed. Our Communion is with Christ, not with those who practice or preach hatred and violence nor with those who teach any form of racism.

We would do well to remember our scriptures and the story of the great flood, and what prompted God to want to drown evil and send it back to the depths of the sea out of which it came:

And God said to Noah, “I have determined to make an end of all flesh; for the earth is filled with violence through them; behold, I will destroy them with the earth.”  (Genesis 6:11-13) 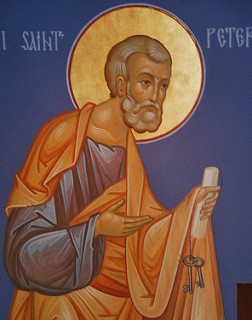 Those promoting violence and hatred embrace a way of life which God has hated (Isaiah 59:7-8; Psalm 11:5-6; Proverbs 6:16-19) throughout the existence of the human race.

We Orthodox Christians are called to be one race, a race united in Christ, not based on genes but on faith and holiness:

“But you are a chosen race, a royal priesthood, a holy nation, God’s own people, that you may declare the wonderful deeds of him who called you out of darkness into his marvelous light. Once you were no people but now you are God’s people; once you had not received mercy but now you have received mercy. Beloved, I beseech you as aliens and exiles to abstain from the passions of the flesh that wage war against your soul. Maintain good conduct among the Gentiles, so that in case they speak against you as wrongdoers, they may see your good deeds and glorify God on the day of visitation.” (1 Peter 2:9-12)

If we pay attention in the Divine Liturgy, we realize all of us share in the same life. The Liturgy doesn’t speak about “lives” but life (in the singular, one life shared by all of us):

let us commend ourselves and each other and all our life unto Christ our God.

enable us to serve You in holiness all the days of our life.

May the Holy Spirit Himself minister together with us all the days of our life.

I look for the resurrection of the dead, and the life of the world to come

For a Christian ending to our life: painless, blameless, and peaceful;

To You we commend our whole life and our hope, O loving Master. 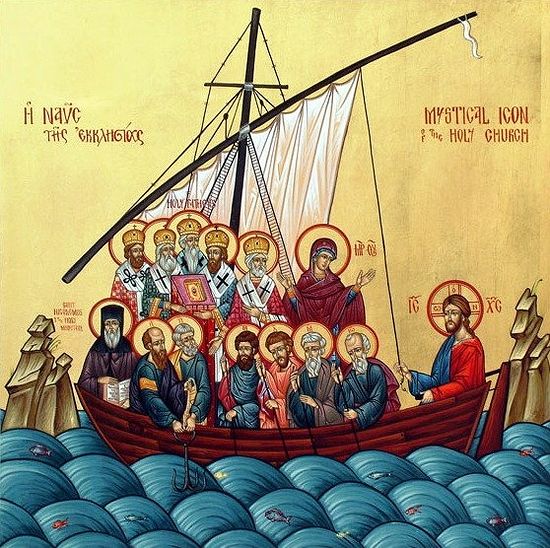 We all share the same life given to us by God which is why we need to stand with those whose life is threatened by those who rant and rail for violence, hatred and racism. Life is precious and sacred. Racism precisely denies “our life” – our common humanity which Christ took on in the incarnation – the one human life given to us all by our Creator. Racism from the Church's Perspective
Met. Ephrem (Kyriakos)
Every person is meaningful before God, whether he knows God or does not know Him, whatever his nationality, race or religion. Strangers in a Foreign Land: Nationalism and the Orthodox Church
Gabe Martini

Strangers in a Foreign Land: Nationalism and the Orthodox Church
Gabe Martini
Both the fall of monarchy and the wiles of the Enlightenment led even Orthodox Christians into the arms of the nineteenth century’s pseudo-replacement for imperial veneration and identity in Christian faith: nationalism. To be clear, a pride in one’s cultural or religious heritage is not necessarily a problem, but pride based solely on the superiority of one’s race over others is far removed from the Orthodox faith.
Comments

S.8/21/2017 6:48 pm
Patrick is right.
The racism problem in America (not "Amerika") is a REAL one. Not the manufactured nonesense to try to overrun orthodox land with "refugees", who we all now are Turkish agents.
The Ku Klux Klan, Teutonics, the Cromwellians, the Freemasons, the Zionists, the Turks and the radical colonialist west that destroyed Jugoslavia and is trying to destroy Syria are all in close company.

When Christ walked on this earth, did He organise Zealots to murder the Samaritans? Of course not.

Besides, the Confederacy was aided with ships, "consultants", and armaments by England who had just attacked Holy Russia on the side of the Turks in the Crimean War.

This is a very good article that explains things in Amerika as she gasps her dying breath:

Gregory8/18/2017 3:14 pm
Nicholas is absolutely correct. The racism issue is a non starter...a straw man in this case for those who oppose the 1st amendment. Once free speech is under control the Church will be branded with the same "nazi" blanket for being "anti gay". This racism stuff is merely a stepping stone toward legitimization for persecution of the Church. I see al these articles about standing against racism (and that is a no brainer) ...we Orthodox need to be aware of the true agenda here and not waste our time going over the obvious.

Patrick8/18/2017 8:12 am
There is a seldom mentioned, hidden history here that occludes these events. There is a historical relationship between the KKK and Masonry, as Albert Pike, the "father" of Scottish Rite Freemasonry, had a role to play in the development of the KKK. Pike, in turn, was influenced by the notorious 19th century black magician, Eliphas Levi, whose interest in a hidden mystical order of adepts is reflected in the conical hats, symbols, and quasi-Crusader imagery the KKK traffics in. The KKK's racist claim that Blacks are the cursed race of Ham and thus destined for slavery is Talmudic in origin, specifically Sanhedrin 108b. The root of all of this is in occult mysticism.

Nicholas8/17/2017 10:35 pm
The George Soros-funded "antifa" counter-protestors are the problem - NOT the white nationalist group that attempted to legally and peacefully hold a small rally, with a permit. A small group of kids were holding a rally, to promote white history, tradition, and to oppose multi-culturalism and liberalism which is destroying Europe and America relentlessly. They were NOT promoting "hate" or "violence" or "bigotry" at all. The antifa groups are the ones that started the violence - this is what they are bused in for.

This is why we have "freedom of speech" in America, to give people the right to peacefully assemble in exactly this fashion. Now the media is whining about an imaginary "Nazi epidemic" in America. This is extremely stupid, and they are distracting from the real problem, once again, which is simply not "racism" at all - it is the liberal New Age antichrist program being propagated into the hearts and minds of our children, without remorse. "We Orthodox in America" need to understand this, first and foremost.

Joseph Bell8/17/2017 8:23 pm
We need to stand against hatred by standing with our oppressed neighbor while adhering to our first priority that is faith in Christ. Otherwise the enemies of the faith will use this as leverage against Orthodox Christians. God the Holy Trinity is our first priority. Without the source of all goodness, all goodness is lost. Our moral compass is God the Holy Trinity, not enlightened secular humanism. This is without exception.
×