Our Transfiguration Happens Through the Cross

Homily on the Transfiguration of the Lord

Here, on Mt. Tabor, Christ’s divinity is confirmed by both His Transfiguration itself, and the appearance from the world beyond the grave and conversation with Him by two Old Testament prophets—Moses and Elias; and finally the testimony from heaven of the Father’s voice, saying, This is my beloved Son, in whom I am well pleased; hear ye him (Matt. 17:5). After all, we know, dear brothers and sisters, that our Lord Jesus Christ humbly and with a broken appearance carried out His great service to the human race. Taking on the image of a servant, the Son of God showed Himself everywhere to be the Son of Man, and everyone looked at Him as an ordinary man. The Lord hid His divinity behind the veil of His flesh, only manifesting His divine dignity from time to time in the working of miracles, signs, and healings of the sick. Preparing Himself for the great labor of suffering on the Cross, the Savior manifested His divine greatness in the clearest way on this holy mountain to His disciples, so that, as the Church hymns, “that when they would see Thee crucified, they would know that Thy suffering was voluntary, and might proclaim unto the world that Thou are the brightness of the Father.” The Lord saw that the disciples’ faith in Him being divinely sent and in His divine dignity was still very weak, and he wished to strengthen this infirm faith—faith that would soon undergo a great trial and the danger of being shaken. After all, when they see that evil enemies will mock Christ, torture and crucify Him, and He like a voiceless Lamb will unconditionally endure it all and remain silent, might they not begin to doubt and think that apparently He is not God, not the Son of God, not the promised Savior of the world but a liar from whom they should distance themselves and stick rather with His enemies? 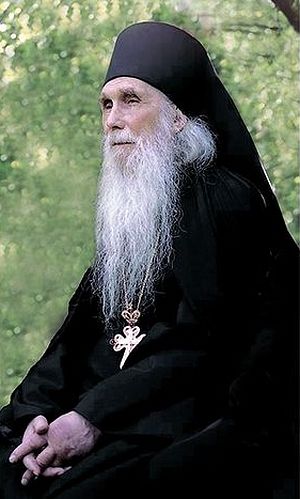 Archimdrite Kirill (Pavlov)
But now the disciples on Mt. Tabor see this most glorious Transfiguration of the Lord, which no one has ever seen from the very creation of the world; and in this Transfiguration they behold with there own eyes the glory of their Teacher’s divinity and the heavenly witnesses, feeling unspeakable joy at this communion with the Lord.

And we, dear brothers and sisters, also celebrate with joy this feast, believing that the Lord Transfigured on the mountain will also one day transfigure also our broken bodies, so that they will be likened to His glorious body; that He would transfigure them through that same power by which He acts and subjugates everything to Himself.

In celebrating the most glorious Transfiguration of the Lord, we thus celebrate also our own future transfiguration, which will unfailingly take place in eternity. And how desired should this future, general transfiguration be for every person, how necessary it is that people think more often about it and apply all their efforts to be made worthy of it! 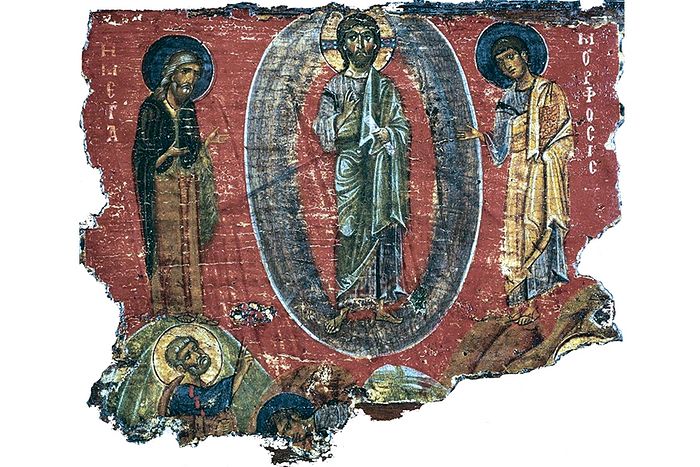 How does the transformation of an emotional person into a spiritual person take place? By means of the cross, constructed through the most difficult labors of self-correction and self-perfection; when the Christian forces himself, having cast off the old man with his sinful passions and habits, to strive for the virtues and cleave only to what is true, good, pure, kind, just, praiseworthy, and constitutes only virtue and praise.

The Gospel tells us that for His Transfiguration the Lord ascended a high mountain and prayed, teaching also us by this to renounce earthly bonds and rise more often in thought on high, to the heavenly, purifying by this our senses and mind from daily vanity and attachments.

Turn you reverent attention, dear brothers and sisters, to the fact that Christ’s apostles only felt the most exalted blessedness when they were vouchsafed to behold the glory of their Divine Teacher. This circumstance convinces us that only in Christ can a person have the true and most exalted happiness, and this happiness is the only one that no one can ever take away from us. All other happiness—happiness without Christ—is ephemeral, deceptive, and inconstant; and the pleasures it promises cast a person into the abyss of terrible and untold sufferings.

Thus, dear brothers and sisters, let us on our part use all effort to purify ourselves inwardly of every vice, so Christ and not sin would reign in our hearts. Then we also will be found worthy of grace-filled transformation here on earth, and the glorious transfiguration in the future age—which may the Lord Jesus Christ grant us, to Him with the Father and the Holy Spirit be honor and glory unto the ages of ages. A Light So Shining Before Men
Archpriest Artemy Vladimirov

A Light So Shining Before Men
A Discourse on the Great Feast of the Transfiguration of the Lord
Archpriest Artemy Vladimirov
Elijah the zealot who, as you remember, was able even with fire to meet brazen blasphemers attempting on the life of the fiery prophet, and, communing with Christ, to thereby bear witness to the apostles (and they were people, after all, literate and understanding) that before them—the apostles, Elijah, and Moses—was the long-awaited Messiah, the hope of tongues, He Who came to free Israel not so much from the foreign Roman domination as from the tyranny of the devil, from the domination of the passions, to shatter death itself, paving a path new and living to Resurrection.

Prayer on the feast of the Transfiguration
Archimandrite Iachint Unciuleac
Come to us again, O Jesus—do not listen to Peter! Come down from Tabor and come to our homes, into our hearts! Come here, where we are suffering and laboring for our daily bread! Come here, where we are crucified by people, demons, and passions! If Peter does not want to come down, leave him on the mount and come to us, to our hearts! The Transfiguration of the Lord
Hieromonk Seraphim (Rose)

The Transfiguration of the Lord
Hieromonk Seraphim (Rose)
Orthodox theology sees in the Transfiguration a prefigurement of our Lord’s Resurrection and His Second Coming, and more than this—since every event of the Church calendar has an application to the individual spiritual life—of the transformed state in which Christians shall appear at the end of the world, and in some measure even before then.
Comments
×