The Salvation of the World 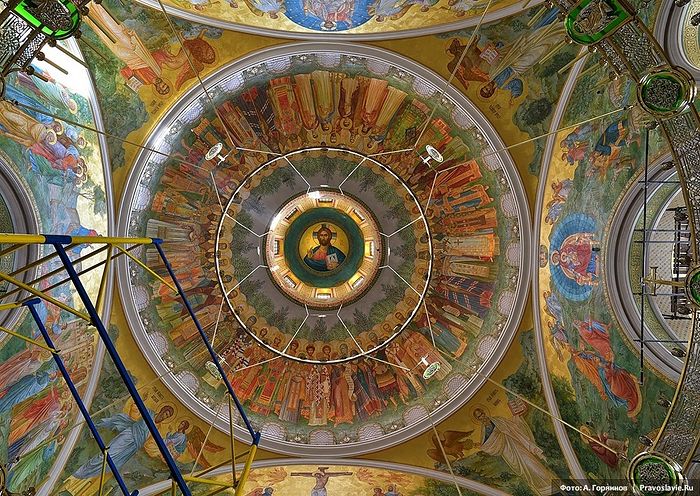 We are members one of another (Ephesians 4:25).

For just as the body is one and has many members, and all the members of the body, though many, are one body, so it is with Christ. For by one Spirit we were all baptized into one body—Jews or Greeks, slaves or free—and all were made to drink of one Spirit. For the body does not consist of one member but of many (1 Corinthians 12:12-14).

St. Paul uses several different images of the Church—the Body of Christ. In them it is always clear that to be a Christian is to be integrated into something greater than oneself—a body, a temple. We cannot be Christians without being part of this greater whole, which is the Church. As the early Christians noted, “One Christian is no Christian.”

When we think of Christianity purely in individualistic terms, we lose sight of what it is to be a Christian. We end up with a wrong idea about what salvation is. Many “Christians” today think salvation is to “die and go to heaven.” Yet numerous New Testament scholars point out that idea is not really found in the Gospel proclamation. Salvation is about liberation from death and is about the redemption of the world. Just as the New Testament envisions Christianity always being a Body of members, so too it understands salvation to be for the entire world, not just for a few individuals. The incarnation of the Son of God brings salvation to the world and to humanity for it heals human nature.

In our days, a mistaken religious upbringing has led many people to consider the Church as a means or instrument to ensure individual salvation for each of us—and when they talk of "salvation" they mean an unlimited kind of survival after death in some "other" world. But in reality the Church entrusts to everyone the enormous honor to be responsible for the salvation of the whole world, of this world whose flesh is our flesh and whose life is our life. And salvation for the Church is the liberation of life from corruption and death, the transformation of survival into existential fullness, the sharing of the created in the mode of life of the uncreated (Elements of Faith, p. 48).

The salvation of the world includes individuals, but is always about the entire creation—it is about uniting together that which sin divided, separated, alienated.

So then you are no longer strangers and sojourners, but you are fellow citizens with the saints and members of the household of God, built upon the foundation of the apostles and prophets, Christ Jesus himself being the cornerstone, in whom the whole structure is joined together and grows into a holy temple in the Lord; in whom you also are built into it for a dwelling place of God in the Spirit (Ephesians 2:19–22). Christian Universalism: Will Everyone Finally Be Saved?
Fr. Lawrence Farley

Christian Universalism: Will Everyone Finally Be Saved?
Fr. Lawrence Farley
I suggest that the latest interest in Universalism, the belief that everyone will eventually be saved, is the latest fad (or, if preferred, that it is currently fashionable). Assurance of Salvation
Fr. John Whiteford
Protestants often reference 1 John 5:13, These things I have written to you who believe in the name of the Son of God, that you may know that you have eternal life. This is a verse that they claim as a basis for having complete assurance of their salvation. What is the Orthodox teaching on this passage? Fr. John Whiteford discusses the concept of assured salvation. In the Church we are all one and Christ is the head
St. Porphyrios of Kafsokalivia

In the Church we are all one and Christ is the head
Today marks the first commemoration of St. Porphyrios (Bairaktaris) of Kafsokalivia. This elder of our own times left such extraordinarily wise teachings for contemporary Christians that the book about him, Wounded by Love, is still one of the most popular among the Orthodox. We present here a few things the elder had to say about some of our most pressing issues in life: the Church, the healing quality of our religion, child rearing, depression, and illness.
Comments

Anthony9/1/2017 9:11 pm
This is a very dangerous article. What Ted Baboosh is insinuating in an underhanded manner is that all will be ''saved''. I.e. the heresy of universalism. The Orthodox Tradition speaks of salvation as deification, or theosis. Christ has offered salvation to all, but not all accept it. So why try and muddy the waters with your underhandedness. It is one thing to say that we obtain salvation through Communion with Christ in the Church. It is a whole different kettle of fish to proclaim that salvation is for all WITHOUT qualifying that not all will be saved. Unless you want to take the place of Christ Himself by overturning what He Himself proclaimed - Many are called, few are chosen; And if thine eye offend thee, pluck it out: it is better for thee to enter into the kingdom of God with one eye, than having two eyes to be cast into hell fire etc.

Always the same with western 'Orthodox' writers. Never write in clear black and white terms but always in different shades of grey. As St Paisios lamented - westerners come to Orthodoxy, take the good teachings they like and then turn them into Hungarian Goulash.
×