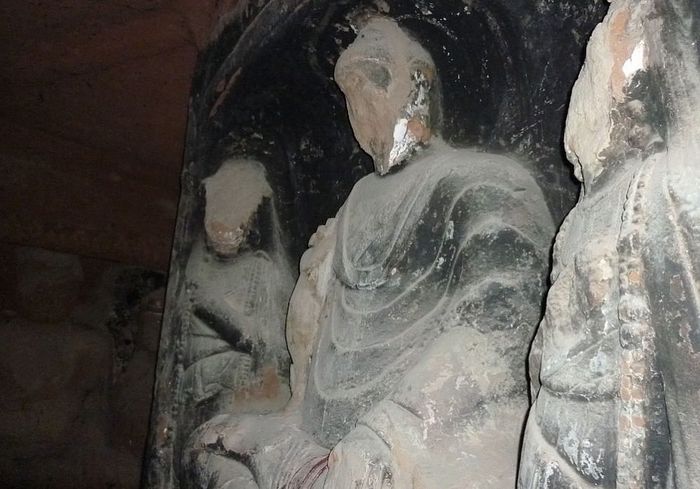 I’ve been avoiding the news lately because it pains me to see my beloved country so divided, with people so bitterly angry at each other. All the shouting, violence, and destruction of historical monuments have only brought up a feeling of déjà vu.

America is clearly undergoing a Cultural Revolution that is eerily similar to Mao’s Great Proletarian Cultural Revolution which took place in China in the 1960s. Maybe Karl Marx was right after all when he declared that “History repeats itself, first as tragedy, second as farce.”

Both Movements Started On Campuses, And Spread

China’s Cultural Revolution was triggered by a group of students at Beijing University, the most elitist college in China. They called themselves the Red Guards because they worshiped China’s communist dictator Mao and his socialist/communist ideology feverishly. In their manifesto, they questioned the usefulness of knowledge, and condemned their professors and university administrators for harboring “intellectual elitism and bourgeois tendencies” and for stalling China’s progress towards a communist utopia.

Mao immediately realized that he could use these over-zealous and ignorant teenagers as a political tool to purge his enemies and shape society to his own liking. He elevated the Red Guards’ status by appearing at a massive Red Guard rally on August 18, 1966 at Tiananmen Square. This event lent Red Guards political legitimacy, and officially kicked off the Cultural Revolution. The Red Guards’ ideas quickly spread from colleges to high schools.

No one on campus dared challenge the Red Guards. Capitulations from school authorities only emboldened them. They led students to strike, refusing to take classes from people who were deemed less than ideologically pure. Professors, teachers, and school administrators were paraded and forced to make numerous public self-criticisms about “transgressions” against government-sanctioned orthodoxy. Soon, college entrance exams were suspended and many schools, from universities to high schools, were closed. The entire education system was paralyzed.

Without schools to go to, the Red Guards traveled all over China to spread their ideas and tactics to the “real world.” Other people, such as factory workers unhappy with the shortages, organized their own groups to challenge leadership of their own work units. Since no one was working, businesses, factories, and many government agencies were shut down. The entire country fell into lawlessness and chaos.

...Read the rest at The Federalist. Harvard professor Dershowitz compares Antifa to Stalin, says they are “trying to tear down America”

Harvard professor Dershowitz compares Antifa to Stalin, says they are “trying to tear down America”
Liberal Harvard professor Alan Dershowitz has urged his fellow liberals to condemn their more radical elements, such as Antifa, and not to consider them heroes for their crusade against statues, because they are “radical” and “anti-American” and area really “trying to tear down America.” He went on to compare the campaign to rewrite American history with the methods of Joseph Stalin in the Soviet Union. Last cleric of Beijing Mission reposes in the Lord
The last clergyman of the Orthodox mission in Beijing, Protodeacon Evangel Lu, passed away on March 5 in Shanghai following a long illness.
Comments

George Feeny9/6/2017 10:34 am
I really enjoy a large majority of the articles on this site, but sometimes I'm tempted to stop coming here because I don't want to be subjected to the raving idiocy of this Anthony character. Must you continue posting his comments?

Anthony9/5/2017 10:00 pm
Not quite clear how this article links with Orthodox Christianity but I'll give it a shot:

All Orthodox can celebrate as we see the land that has wrought so much misery, death and destruction on much of the world - against our Orthodox brethren in Serbia, causing fratricidal bloodshed in the Ukraine, wars between Georgia and Russia, the destruction of Christianity in the Middle East through their illegal regime change state sponsorship of terrorism - all this evil and more is finally beginning to pile on their heads. Now babylon the great is fallen - bankrupt morally and financially as she reaps the evil fruits of what she has been sowing for decades. Divide and conquer. And today she tears herself apart.

Back in the 90's, during the German-American instigated Yugoslav wars, some American senators of Greek origin went to see St Paisios. He came out of his kelli. When he saw them, he just lowered his head, and said: ''Killers of people. Americans.'' Someone protested, but the now canonised saint just repeated ''Killers of people. Americans'' - and then added - ''if it weren't for the Americans this world would be a much more peaceful place.'' Indeed.
×