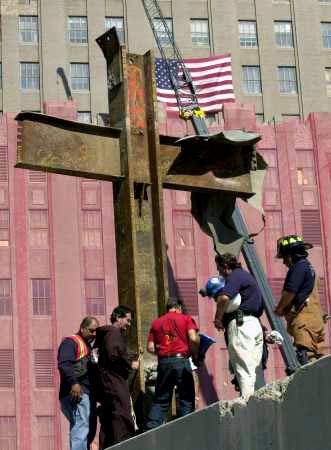 Even 16 years after the events, when I see any documentaries on TV about the terrorist attack on the United State on 11 September 2001, I find myself hypnotized by the images on the screen. A paralysis of disbelief takes over as I watch in horror the events unfolding and experience the terror and sorrow of the victims and their families – images that seem burned into my memory.

I have not been moved to hatred or thoughts of revenge. My reaction has been a total sorrow that we in the world are in such condition that hatred takes over our lives and that we humans can do such horrendous acts of murder. Such dehumanization is hard to fathom – both that we dehumanize those we see as enemies and that we ourselves become dehumanized and come to think that murder and mayhem and evil are somehow godly. They are inhuman acts, why do we imagine they can be godly? Unless of course we think God is tyrannical, maniacal and demonic. From the time Cain murdered his brother Abel, humans have been willing to kill and murder on such a scale that is should trouble every human... but doesn’t, tragically enough.

So, how are we to understand such inhumanity? Here are some words from a 4th Century Christian bishop, St. Basil the Great, whose saintly parents had lived through the Roman persecution of Christians:

That love for our enemies is possible has been shown us by the Lord himself. He revealed the Father’s love and his own by making himself ‘obedient unto death‘, [Phil 2:8] as the Apostle says, not for his friend’s sake so much as for his enemies. ‘God shows his love for us in that while we were yet sinners Christ died for us.‘ [Rom 5:8]

And God exhorts us to do the same. ‘Be imitators of God, as beloved children. And walk in love, as Christ loved us and gave himself for us.‘ [Eph 5:1-2]

God would not ask this of us as a right and proper thing to do, if it were not possible.

On the other hand, is it not perhaps true that an enemy can be as much of a help to us as a friend can?

Enemies earn for us the beatitude of which the Lord speaks when he says: Blessed are you when others revile you and persecute you and utter all kinds of evil against you falsely on my account. Rejoice and be glad, for your reward is great in heaven [Matt 5:11-12].” (Drinking From the Hidden Fountain, pp 232–3).

It is no easy task to be a Christian in the face of terrorism. It is not impossible as St. Basil says to do what Christ commands us to do. But it is for us very had and seems like a great burden... like taking up our cross to follow Christ.

Jesus said: If any want to become my followers, let them deny themselves and take up their cross and follow me (Mark 8:34).