Preparing to be a Monastic in the Modern World 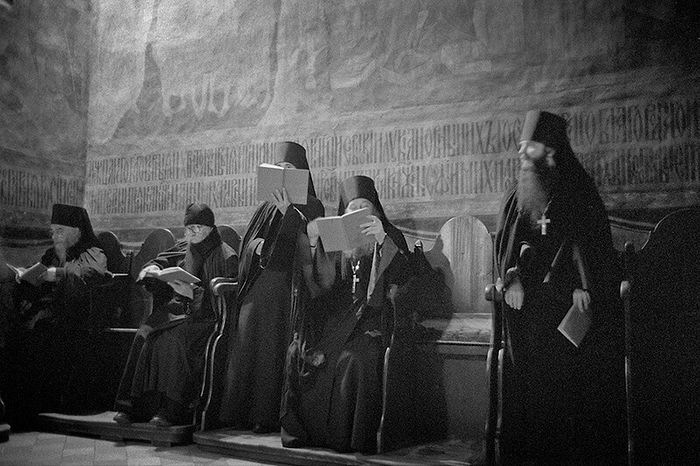 —Your Grace, you have a great experience of the monastic life for you have gone through the stages of being a simple monk, you have been a dean and an abbot of a monastery. What do you think, to which factors should we pay special attention while accepting people into a monastery?

It is necessary that a person feels that it is the calling which makes him come to a monastery. It should be his conscious choice so that neither he nor the one who accepts him regrets this decision.

—What are the main criteria according to which people are accepted into a monastery?

It is important that a person is non-confrontational and has a desire and ability to obey, to reject his own will and to put the Gospel ideals into life.

—For how long should the probation period last? In your opinion, are there any standards?

At least a year. As a rule, if a person comes to a monastery, at first a person behaves almost perfectly. But after a year spent in the monastery, he begins to behave freely and naturally. Then his weaknesses are better revealed, and thus we can make a conclusion, whether this person can live in the monastery or not. If the question is whether to accept a person as a novice, then it is a year. However, if he is going to become a monk, then this period should be even longer because sometimes it just so happens that a person, who accepts someone, can make a mistake. Thus, a longer trial period can help to avoid such a mistake. Of course, everything depends on a person who comes. If those who live in a monastery know him well for a long time, then this period can be shortened. Archimandrite Vasily (Philippov) of St. Tikhon's Monastery
+ March 16/29 1986
Simple, humble, unassuming, basking in the Spirit-filled glow of a calm and radiant quiet. Fr. Vasily summed up the legacy of his priesthood among us. "Father Vasily," he was asked, "in all these years, have you ever been troubled or lonely?" "No," was his simple answer. "I just worked hard and rejoiced in the Lord." May his memory be eternal; he gives us good cause for rejoicing as well. May God Give You Wisdom! The Letters of Fr. John Krestiankin. Letters to Laypeople. Part 12
Archimandrite John (Krestiankin)

May God Give You Wisdom! The Letters of Fr. John Krestiankin. Letters to Laypeople. Part 12
Archimandrite John (Krestiankin)
Receiving the monastic tonsure should be preceded by our resolve for it, expressed not only in the mind and heart, but by our life itself. Therefore, do not rush to take the tonsure, but labor with firmness of will for self-crucifixion, and live monastically in the world, knowing only the institute, home, and church.
Comments
×