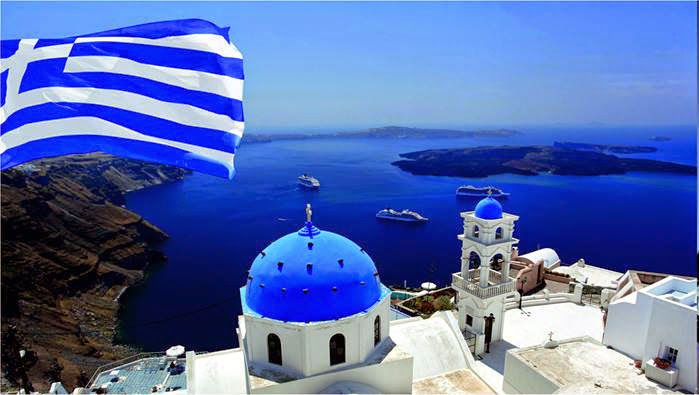 Following the Europe-wide controversy over German supermarket chain Lidl’s decision to use photos of famous Greek Orthodox churches with crosses removed in the advertising and packaging of its “Eridanous” line of Greek food, and a number of other provocations, including the filming of a rap video in one church, the Thira Diocese of the Greek Orthodox Church, to which the famous Santorini churches belong, has released a condemnatory response, ortodoxia.info reports.

The commotion began when a Belgian Lidl customer noticed and complained to Radio Television Luxembourg (RTL) about the company’s photoshopping. The controversy sparked by the company’s marketing choice evoked responses from various hierarchs and private citizens, including Lidl customers.

“As the holy metropolis is not a devotee of the theory of the ‘multicultural’ character of the monuments, we make it clear that counterfeiting in the photographic depiction of a holy church cannot be tolerated for reasons of political or commercial expediency. On the contrary, it betrays a lack of respect for the integrity and the sanctity of the monuments, and, unfortunately, a lack of education,” yesterday’s press release states.

This point comes as a response to a Lidl representative who explained the company’s choice, saying, “We avoid the use of religious symbols because we do not want to exclude any religious beliefs. We are a company that respects diversity and this is what explains the design of this packaging.”

The metropolis’ statement was preceded by the revelation that both the French Carrefour retailer and the Greek Mevgal dairy company have the same idea for their packaging, using photographs of Santorini churches with “amputated” domes and bell towers.

Moreover, American rapper Rick Ross filmed the music video for his expletive-laden and blasphemous song “Santorini Greece” in and around the Church of St. Evstratios in Vourvourou, Thira, singing and dancing in front of the holy altar. The metropolis’ release emphasizes that it never granted permission for filming in the church, and notes with sadness that it has called for a “disciplinary procedure for verifying the conditions of the incident and the attribution of blame for the desecration of a sacred space.”

“If, as Greeks,” the diocesan statement reads in conclusion, “we accept lightly such arguments of ‘political correctness’ or ‘multiculturalism’ to distort the respect of our faith and our culture within Greece, let us however bear in mind that similar excuses are also used by heathen states to justify the defamation of Christian churches.” Primate of Greek Orthodox Church: Plan for de-Christianizing Europe being realized in Brussels
According to the archbishop, “history has shown that when we were united, no one could defeat us. We overcame all difficulties. It’s only all together, supporting one another, that the Greeks have overcome hardships.”
Comments

Seraphim9/16/2017 10:59 pm
Just had a look at the video by Mr Ross. I don't know why the Greek Church as a whole has not spoken out? These are surely new depths (when we thought we already reached the bottom).

Patricia Busta 9/15/2017 8:13 pm
I agree with the Orthodox Church crosses must not be taking from Thyra pictures.
×