In Defense of Building Orthodox Churches: a Perspective from a Russian Province 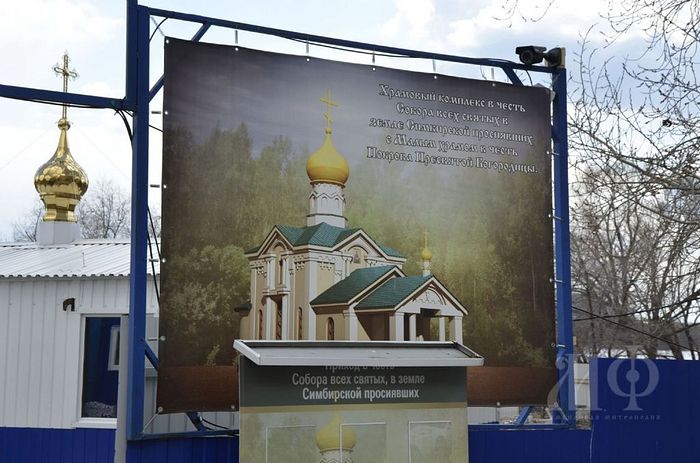 A month ago, after land-subsidy in the Karamzin Public Garden in the city of Ulyanovsk [the main city of the Ulyanovsk region in central Russia on the Volga River; it was called Simbirsk until 1924, when it was renamed Ulyanovsk after Vladimir Lenin who had been born there. —Trans.], our parish community sent an appeal to the Head of the Regional Department for the Protection of Cultural Heritage with the request to get us involved in the archeological excavations that had been announced earlier. As Edinovertsi, we were interested in that place (that is, Old Ritualists in communion with the Russian Orthodox Church) since an Edinoverie church is believed to have stood in the public garden in the past. Although this version is weak, the idea that an Orthodox church may appear in this city has attracted a small group of commentators, who are vigorously opposed to it, to the most popular local website. Though this question has not yet been brought up, the protesters have already expressed their position very clearly, from “we had better build kindergartens and hospitals” to “we are waiting for a command to destroy churches.”

This just made us wonder why these people are against the building of houses of God, what arguments they are presenting and what lies behind these arguments.

I recall how about a year ago one Orthodox community of Ulyanovsk through public hearings obtained a permit to build a church. Some residents immediately began to protest, claiming, “You are going to build up public green space.” Frankly, I could never have imagined that a narrow strip of trampled waste ground, with heaps of bottles and other trash near the bushes, studded with pets, with a few trees sparsely growing on either side, could ever be called “green space”. The construction of the church began in the city’s neighborhood with the worst reputation. In some cases people were killed there by local alkies only for refusing to give them money for alcohol. All who happened to visit that neighborhood immediately sensed that the locals had very bad morals. And it was all against the background of dreary Soviet architecture. All in all, the “public green space” blended with its surroundings. The church was supposed to be snow-white and with golden domes. And, of course, the “green space” improvement was expected, too.

In another city neighborhood a church was built in an area of the so-called “beach” on the bank of the River Sviyaga. Before the beginning of the construction work, truckloads of old liquor bottles and syringes had been removed from there. The place had been notorious for its dismal outlook and bad reputation of “wild thickets”. Now the site is dominated by a splendid church and surrounding area that has beautiful views of the bank opposite with its marshes. There are plans to build an educational center on its territory. This area was populated around 350 years ago when the city of Simbirsk was founded. There was no church on this territory over the whole long period after that. Now this place has a church. It serves the spiritual needs of some 30,000 residents.

Surprisingly, non-religious people often say that they feel the grace of God even at the sight of the exterior of a church. The architectural aspect of churches has borne the everlasting nature of Divine Truth through the centuries. No matter how beautiful a neighboring shopping and entertainment center or a luxury cottage may look, a church always stands out against the background of urban buildings as being unworldly. And it is this unworldliness which by its appearance alone reminds hurrying pedestrians, passengers (engrossed in thought) and drivers that there is something heavenly, important and grace-filled amidst this hustle and bustle of a big city. One of my acquaintances said that standing in the church “just for twenty minutes” filled him with “energy” which was sufficient for a whole month. What we lack today is the inward reality, not the outward reality; for the quality and quantity of outward things depend on these inward things. Benevolence towards people, constructive labor, child-rearing, good works—all these things require our spiritual resources. So many absolutely secular people in difficult life situations have “dropped in at a church for a quick prayer”, and their problems were soon solved. One look at a church can help somebody remember the higher values, prevent him from committing wrongdoings or making a wrong decision. A church is not a mere building. It is a “kindergarten”, a “hospital” for our souls. 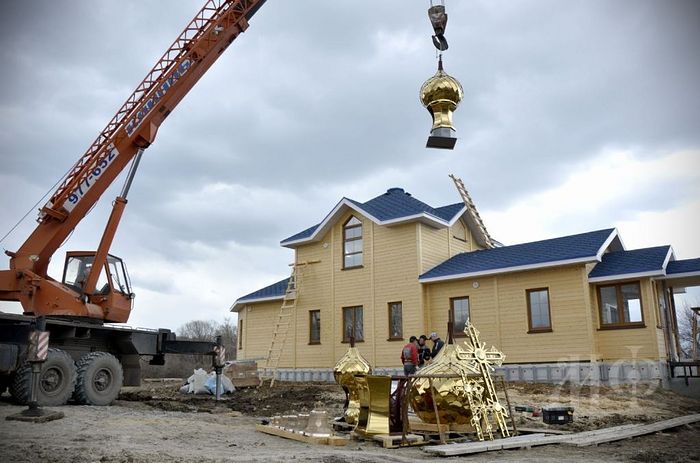 Churches are a symbol of Russia. Holy Rus’, the cradle of our national identity, is the best testimony of this. The most magnificent buildings, the most brilliant edifices, the background of any fairy tale or period of history—these are glorious cathedrals or lovely wooden churches. In essence, Orthodox churches were the crown of the nation’s creative work. In some sense, virtually all buildings of old Russia were transformed into churches. All houses had icon cases or icon shelves, “God’s corners” (also known as “holy corners”) were an important part of every room and public building.

That is why we would like to address our contemporaries who are combating Orthodox churches and, therefore the faith of Christ, so ardently. Our Church went through this in different periods of history. 100 years ago a long period of persecutions began during which atheists killed people and desecrated holy shrines. As things turned out, the self-confident Bolshevik leaders proved unable to lay a really solid foundation for the new Russia. Communism eventually collapsed, though it wounded the people very seriously and is still poisoning the minds of some today. Communism collapsed, but thousands of churches with their majestic, towering domes reappeared in all corners of our motherland. Maybe it would be better to meditate on these events and to change the hostile tone for a more sober and reasonable one? Earthly life is limited by time. Don’t waste your lives for the sake of a futile struggle which may ruin your souls. Eternal life is far more important. "The Church is not a Social Club"
Fr. Sergius Nezhbort
Sometimes it happens when the person least expects it: God comes into our lives and there is nothing we can do with this.
Comments
×