Blessed John (Jacob) of Neamts (1913–1960) is called the New Chozebite. His incorrupt relics, which rest openly in the monastery of St. George the Chozebite, have been seen by many pilgrims to the Holy Land. John the Romanian was not only a man of holy life and a strict ascetic; he was also a gifted creative personality. His poems remain as an unsurpassed example of spiritual poetry. We present one story by this ascetic of our times. 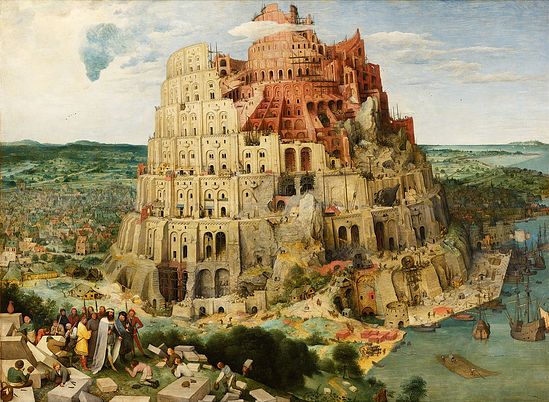 After the flood, people again turned away from God’s ways; and having turned away, they again began to expect a flood. Therefore they decided to build the Tower of Babel, that is, the Babylonian fortress. They wanted to build it up higher than the clouds, so that water would no longer be a threat to them. For this madness God confused their tongues, and they weren’t able to do any of this.

Modern people are no better than the people of those days. Today all people know that they have departed from God, and they expect punishment from heaven. But instead of choosing the ark of salvation (that is, the ark of the Church) in the right faith and repentance, instead of seeking God, people intoxicated with civilization are again building a “tower” for themselves like in Babylon of old. The “Tower of Babel” of our times is not a building made of stone or brick, but a mad race for inventions.

People say that the invention of cars and weapons make life easier for man and guarantee his safety, that is, protect him. But how mistaken is that opinion! After all, it is obvious that according to the measure of the world’s modernization and increase of inventions so has evil increased, and man’s life has become more bitter and fraught with dangers.

People have never been so tormented with anxiety and despair as in our times, when civilization has increased.

As we can see, this increased civilization with its new fashions has taught people to go around more and more naked, that is, it has eradicated shame in people. It has taught people not to seek God anymore, that is, it has managed to stifle holy faith. It has taught the rulers to deceive the people more cunningly and to enslave more inhumanly than the Pharaohs of Egypt. In other words, the thirst for civilization has quelled truth and people’s freedom.

False civilization has taught people how to invent, that is, concoct the most horrifying weapons for wiping out people, and thereby it has cast out love from the world. 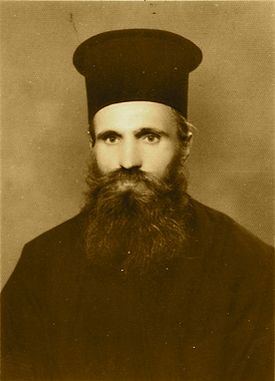 Blessed John (Jacob) of Neamts. Photo: ro.orthodoxwiki.org
Modern science has given man the possibility to fly in the air and travel on the water in floating fortresses (enormous ships the size of towns). Science has given man the wings of a bird and legs of iron so that he would hurl along the path of vanity, but it has blocked to him the path of prayer. On the road to church modern science has built gigantic buildings, while it has paved with asphalt the road of lawlessness and sprinkled it with flowers. (In the Holy Land, the simple folk can no longer get to the church as they did before, and on feast days they arrange vain assemblies, entertainment and parties, so that people would no longer go to church.)

Thanks to the speed of cars the distances between countries has shortened, and people’s ears have gotten closer thanks to telephones and radio. New arts have pampered bodies and brought them closer today, but they have distanced God from the hearts. The mind has progressed, but the heart has grown cold. The sciences are enriched, but faith has suffered a loss. Today’s civilization has shortened people’s clothing, cut their beards and hair, and then wiped the holy monasteries off the face of the earth.

Thus, to speak briefly about this danger—civilization (or progress), then here is what those born of earth have to boast: Like never before it has flooded the earth with tears, horrifyingly expanded the graveyards in wars, carpeted the horizon with the exhaust from motors, and filled the sky with gigantic birds with metal beaks, ready to vaporize the world.

And in order to win time for the completion of the “Tower of Babel” (that is, scientific inventions), the brokers of fattened countries constantly call peace congresses. But God, seeing their craftiness, has confused their minds as He confused the Babylonian tongues, and they can no longer understand each other. The Apple of the Almighty’s Eye
Deacon Pavel Serzhantov

The Apple of the Almighty’s Eye
Deacon Pavel Serzhantov
As long as there are repenting sinners on the earth, as long as there is a remnant of the people of God, the history of salvation is not finished. The Lord is continuing to save people. Do we not read about the apple of the eye of the Most High in the New Testament? The Savior says in a parable of the Heavenly Kingdom, For many are called, but few are chosen (Mt. 22:14). The Lord highly values every one of us; the hairs are numbered on the heads of the elect. Weeping in Babylon
Fr. Ted Bobosh
Psalm 137 above, a favorite of Christians for expressing lament and exile as we sojourn through this world, also contains verses of such vile violence that some will not read them. Even knowing that the literal interpretation was not the most common reading among ancient church luminaries, doesn’t always make it easy for the modern reader to apprehend how to pray some of these verses. Did Serbs Construct the Tower of Babel?
An ancient Czech text provides a very interesting "history" of the Serbian people.
Comments

Marius11/3/2017 9:42 am
The story of the repose of Saint John Jacob by Fr Vasilios Vaka of Samos - Greek with Romanian subtitles