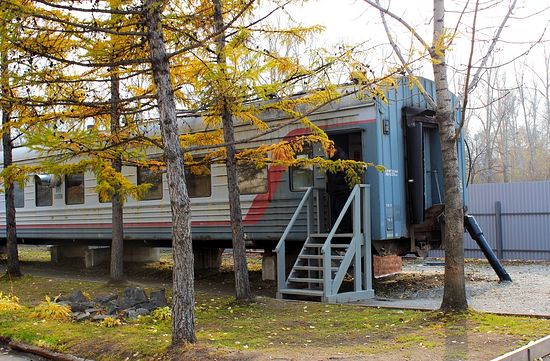 The so-called “Mercy Train” will open every evening, offering the local homeless a place not only to sleep, but to eat, do laundry, and even to pray in the church included in the train. The train can accommodate up to 100 people at the same time.

The Far Eastern Railway donated three second-class carriages to the “Hope” help center last year, which were set on blocks and connected together, and equipped with ventilation, electricity, heating, and water, reports prichod.ru. “Hope” is the regional branch of the all-Russian “Mercy” organization.

“There are rules,” for using the train, prichod.ru relates, “for example, you cannot come in if you are visibly drunk.” 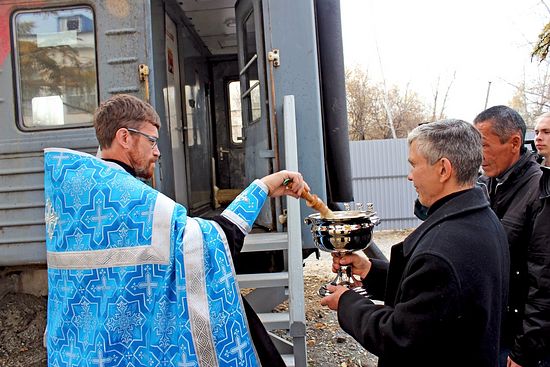 The night shelter was consecrated on Saturday by the rector of the Church of the Mother of God “She Who is Quick to Hear” Fr. Eugene Pokamestov. The ceremony was also attended by the assistant head of the Synodal Department for Church Charity and Social Services Ilya Kuskov, and the head of the Social Department of the Khabarovsk Diocese Fr. Nicholas Vorozhbit. 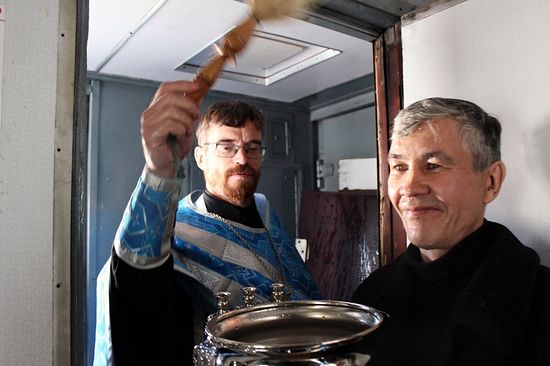 The Khabarovsk Diocese hopes that the opening of the train-shelter will contribute to the development of volunteering in the region, which has already begun. One young woman has offered to give free haircuts to all the of the train’s patrons, for which she has provided a barber’s chair with her own funds. 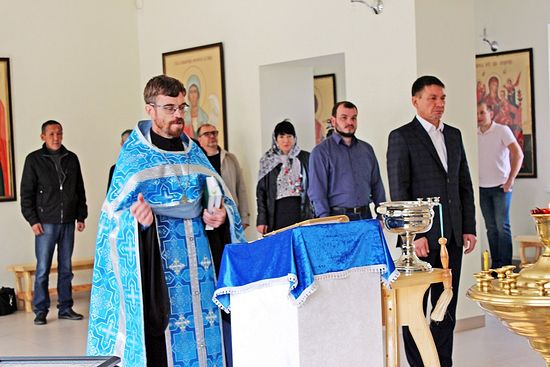 The organizers of the shelter hope that it will help to save many homeless people from the cold of the harsh Russian winters. Moscow center for homeless employment begins its work
Social workers at the foundation help the homeless find jobs according to their skills and region of residence, and help them collect the necessary documents. Moscow Orthodox center to help homeless find employment
Beginning in January 2017, the Orthodox service “Mercy” will begin working in a test mode with Moscow homeless to assist them in finding employment. "The Poor We Have With Us Always"
Fr. Georges Massouh
There is no doubt that Saint Luke stresses in his gospel more than the other three evangelists the importance of care for the poor and needy.
Comments
×