Recently troubling news has come from Volhynia (western Ukraine): Schismatics from the village of Gribovitsa in the Ivanichev region of the Vladimir-Volhynia diocese took over the residence of a priest of the Ukrainian Orthodox Church (UOC), Fr. Igor Magrita, where the family has been living since 1998, and as night fell, began throwing his household possessions and pushing his wife and sixteen-year-old son out into the street. It was raining… This is how the angry followers of the self-proclaimed “patriarch” Philaret (Denisenko) of the “Kiev Patriarchate” (KP) demonstrate their “Christian” virtues. But it all began much earlier… 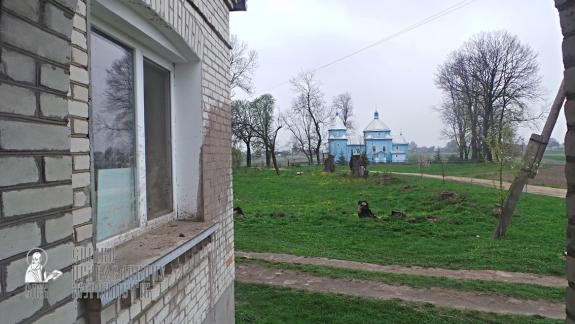 The seized rectory splashed with mud.

Before their elections in 2015, during the outbreak of the “revolution of dignity”, the thirty-two-year-old head of the village council Pavlo Stepanets promised the villagers that they would “kick out the Moscow ‘pop’[derogatory word for priest], and turn the eighteenth-century Protection Church over to the “patriotic church” of the Kiev Patriarchate. The future leader’s speech was enflamed with aggression: “We’ll rip their heads off and crush them with tanks!” And what is amazing, the once peaceful and already nearly dying village of one thousand inhabitants responded to the leader’s mini-“Maidan” speeches: the church, sealed after the first storm by the authorities, was opened by the schismatics and seized. The “KPs” served their first “service” there. Judicial proceedings have brought no results. 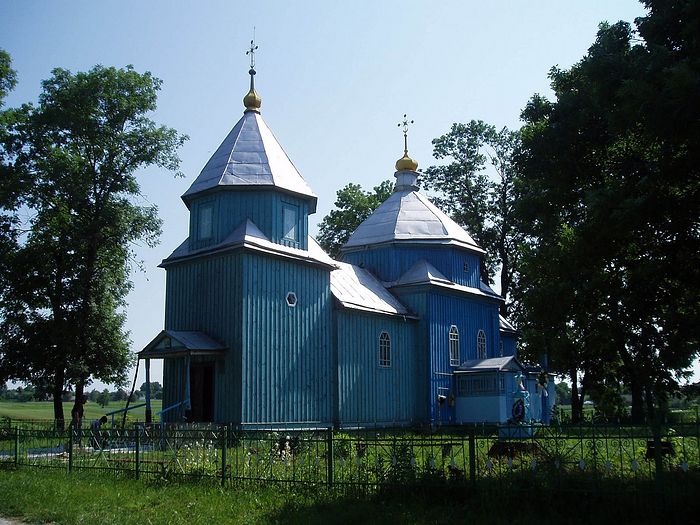 The ancient church, as a monument of wooden architecture, was on the government register and was given to the canonical Church for their use. But ignoring all legal norms, the schismatics have been serving there since December 2015. The Orthodox community has been forced to hold their services in the priest’s house, for which one of the rooms was made into a house church. But this only fanned the flames of the schismatics’ aggression—they started demanding the rectory also, where the services were held, and which is the property of the UOC parish. First they repeatedly flung dirt at it and scattered garbage in the entranceway, all the while threatening Fr. Igor, his family, and the faithful parishioners. In order to escape reprisal from the community head and his followers, a part of the parishioners who did not want to join the KP are still travelling to neighboring villages for services. A “little flock” of thirty Orthodox Christians remain with Fr. Igor despite the persecutions and reprisals.

“When I began serving in this village in 1998, we were one community, peaceful and amiable,” relates the rector. “For several centuries, many generations of the inhabitants of Gribovitsa village have been praying in this old church—baptisms, weddings, funerals were held, young men were sent off to war, and they prayed for peace, for God’s help in their hard, rural labors; they met Christmas here and celebrated Pascha. The church was the heart of the village. But now it has become like a bleeding wound, the center of strife…”

The Lord has not abandoned the believers. On April 24, 2017, the “Tabor” charitable foundation began gathering funds for the building of a new church for the parish. Land for the church construction was donated by the family of Archpriest Igor Magrita. The parishioners themselves collected funds, and after publication on Orthodox websites of information about the schismatics’ outrages, more donations began to come. The schismatics with their local leader gnashed their teeth as they watched the new church being built. On August 6 of this year, the first services were served in this church.

“And how did you, Fr. Igor, react to this “legal” decision?”

“We humbled ourselves and accepted it, relying on God’s will,” answered the archpriest. “For now our family has decided to moved to the regional center of Ivanichi, which is ten kilometers from here; we will move our things.”

“And how do the faithful feel in the new church?” we asked Fr. Igor. 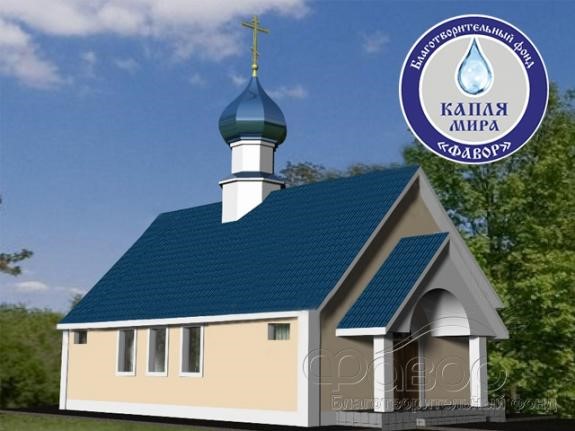 The new Protection Church of the UOC (photo of the draft design).

“You know, they feel great! Today at the sermon I cited the words of St. Anthony the Great:

As a fire burns a large forest when we are neglectful of it, so does anger destroy your soul if you allow it into your heart, defiling the body, and bringing many wrongful thoughts. It instigates fights, strife, rumors, envy, hatred, and other such evil passions, burdening the body itself and causing it to be ill.

“Throughout all our trials we pray that this enmity cease, that the portion of our villagers who have fallen from the grace of God would come to reason.”

As I was finishing this brief reportage, I thought: If every inhabitant of the much-suffering Ukraine would strive to preserve peace of soul, to cast anger out of their hearts, make peace and forgive those whom they take to be their enemies, as this tiny Orthodox community in the western Ukrainian village of Gibovitsa has done, then peace would reign throughout the country, and the Lord would send prosperity to all of us.