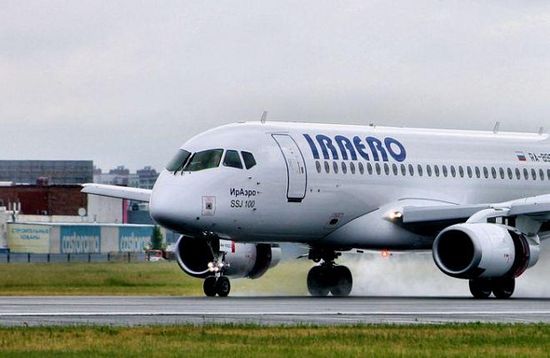 The Russian airline IrAero, based in Irkutsk and Omsk, has decided to name the planes of its new Sukhoi Superjet 100 fleet after several great saints, including apostles and great Russian saints, reports aviaport.ru.

“Our air fleet has been replenished with nine Russian-made airplanes. Together with the Irkutsk Diocese of the Russian Orthodox Church, the names of nine saints were chosen,” a message from the airline’s press service reads. The nine planes were acquired in 2016 and 2017.

The consecration ceremony for the naming of the airplanes is scheduled for November 7. The service will be celebrated by Archpriest Constantine Kozhukhovsky, the rector of the Church of St. Dimitry Donskoy at the Irkutsk airport.

IrAero airline was founded in 1996, based at the international Irkutsk airport and in Omsk. What is the “Symphonia of powers”?
Vladimir Karpets

What is the “Symphonia of powers”?
Vladimir Karpets
The origins of the Orthodox doctrine of the Symphonia of the Church and State, or rather Church and Kingdom (Empire), can be found even in the Epistles of the holy Apostles. But, in fact, it is not only about the state, but also about the Emperor.

An avenue now named after great Georgian elder Gabriel (Urgebadze)
It was the holy archimandrite’s sister and 3,000 parishioners of Georgian churches together with her who appealed to the Georgian Patriarchate and the municipal authority with the request to rename Cholokashvili Avenue to St. Gabriel Avenue.
Comments
×