Notes of a Pakistani Orthodox Priest

"May the Most Holy Mother of God Protect the Russian Land" 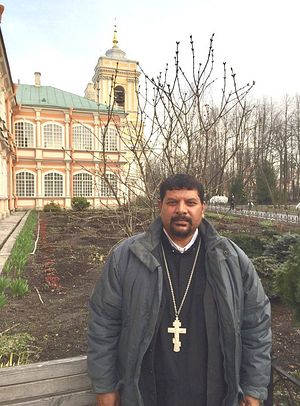 Father Joseph Farooq in Russia
With the Blessings of Metropolitan Hilarion (Kapral), first hierarch of the Russian Orthodox Church Outside of Russia and ruling Bishop of Pakistan, the St. Michael the Archangel Orthodox Mission was established in 2011 in Pakistan and was registered in 2014 under Societies Registration Act 1860, to work for the religious, spiritual and social development of Orthodox Christians in Pakistan. The Russian Orthodox Church in Pakistan is in spiritual and canonical union with His Holiness Patriarch Kirill of Moscow and All Russia. Fr. Joseph Farooq is the only canonical priest of ROCOR in Pakistan.

Today the Patriarch of Moscow and All Russia, His Holiness Patriarch Kirill, is leading the Russian Orthodox Church, which is the largest autocephalous and ecclesiastically independent Eastern Orthodox Church in the world. There is a Russian Orthodox congregation, be it small or large, located in every corner of the world. The Russian Church has gained the most global influence since the millennial of the Baptism of Holy Russia. The Mother Church, by God's will, proved Stalinism and Communism wrong. With the spiritual support and strength of the saints and martyrs of the Russian Land, it makes known to non-believers that the presence of God is real! The Mother Church upheld her glorious history in Russia and around the globe during the war against the Orthodox faith, when there were armed assaults on churches and monasteries, and clergy were arrested and martyred. First and foremost, in the present day the sacred legacy of the Russian Orthodox Church illumines the world with the love of Jesus, our Lord and Savior.

Revolution in 1917: the Enemies of God 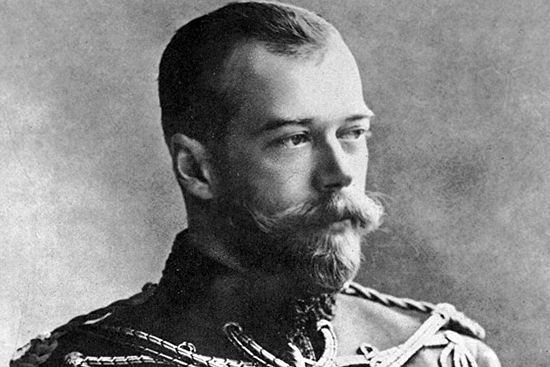 Tsar-Martyr Nicholas II was the last tsar of Russia. He was deposed during the Russian Revolution and executed by the Bolsheviks. Nicholas Alexandrovich Romanov was born near St. Petersburg on May 18, 1868, the eldest son of Tsar Alexander III, and he succeeded his father on the Russian throne in 1894. The Holy Royal Martyr Nicholas II and his family are the source of inspiration and encouragement for the Orthodox believers to fight against the enemies of God, with steadfast confession of the Faith and the love of God. In these days, holy Orthodoxy is being attacked from all sides by schismatic and heretic forces and small non-canonical orthodox groups who are constantly spreading heresy. Therefore we must condemn the forces of the devil by following the example of the holy saints. Even today, we are living in an age of martyrs, where innocent Christians are being assassinated, persecuted, imprisoned and beheaded worldwide, but especially in the Middle East. 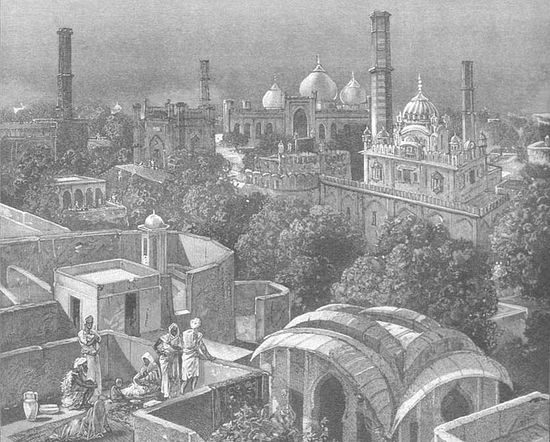 
Here is something informative and interesting that I would like to share with my readers around the world. It is based on historical facts, most of which are unknown to the young generation and many others. Tsar-Martyr Nicholas is one of the newer Orthodox saints (the Holy Russian Orthodox church did not canonize him for being a tsar, but as a passion-bearer, a great defender of the enemies of God, and for his truly Christian death); he was the last reigning Russian emperor, who travelled around the world on goodwill visits. Among these was a visit to the sub-continent, to what is now the country of Pakistan. The city of Lahore1 received this man who would later sacrifice his life along with his family to save holy Russia. He was visiting India in 1891, when he was a still a prince, and it was at that time that he made up his mind to see Lahore. 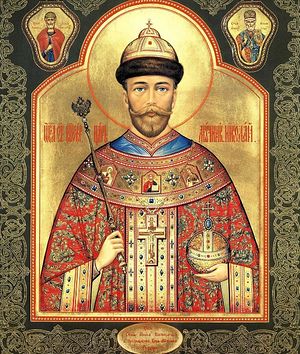 Tsar-Martyr Nicholas II
Although his travelogue provided very meager information about his visit to Lahore, Pakistan, it increased my enthusiasm and curiosity about this journey to Pakistan. It inspired me to write an article, so that the world might see the historical and spiritual connection between the two lands of Russia and Pakistan. St. Nicholas arrived in Lahore by train on 13 January 1891. He was officially welcomed by the Governor General of Lahore Sir James Broadwood Lyall, Roman Catholic Bishop Emmanuel van den Bosch OFM Cap (Bishop of Lahore), a Belgium Missionary Capuchin priest, clergymen, and other high officials. As a tribute an orchestra played the anthem of the Russian Empire at his arrival. St. Nicholas made his tour to the castle and from there to the governor’s house. I sensed a strong feeling of association when St. Nicholas’s companion writes, “Lahore is picturesque in its oriental flavor" and resembles Central Asia, then part of the Russian Empire. The honored guest visited Shish Mahal2 and inspected the arsenal, where he marveled over the ancient Punjabi weapons. Tsar Nicholas participated in a feast in his honor, which was held in Montgomery Hall3 in the company of chiefs and Rajas.4 He was entertained once again with the anthem of the Russian Empire, "God Save the Tsar." He enjoyed the rhythmical moves of the Khattak5 dance (Tribal Dance) executed by soldiers of the Afridi Tribe,6 and was very impressed.

It is noted in the diary that at the time the city was cool and damp. On January 15, Tsar Nicholas II left Lahore with indelible impressions of the city, and his visit made history. With him was an artist who painted landscapes of Lahore, as St. Nicholas would have seen it.

The pictures shown here are of places where the future Royal Martyr went during his visit. 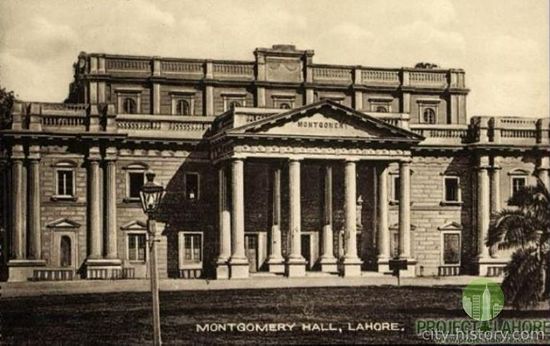 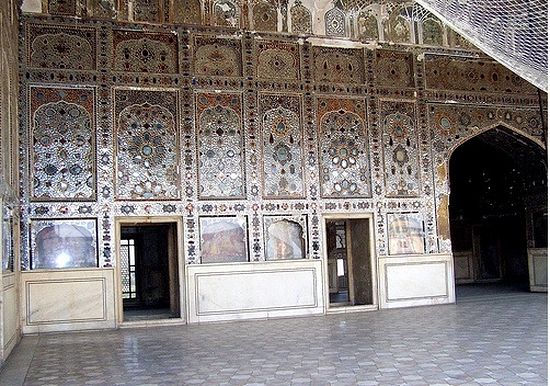 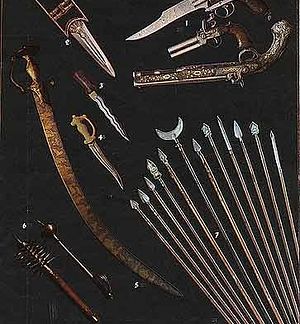 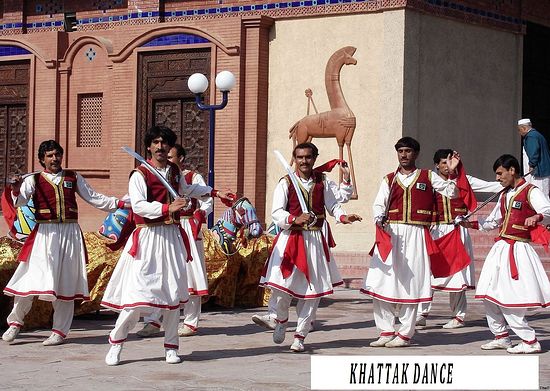 How beautiful it is when we see each another woven with the same holy thread of Orthodoxy. I feel proud to say that I belong to the place where once Holy Royal Martyr Nicholas II set foot. How beautiful on the mountains are the feet of the herald, who proclaims peace, who brings news of good things, who proclaims salvation, who says to Zion, "Your God reigns!" Glory to God!

It is by God’s grace that I share in responsibility with the Mother Church, with the blessing of His Eminence Metropolitan Hilarion. I hope this research across our borders will strengthen the bonds of spiritual unity between Pakistan and the Russian land and her people. It is interesting for me to see how Orthodox Christians in Pakistan who have embraced holy Orthodoxy through the blessing of His Eminence Metropolitan Hilarion, first hierarch of the Russian Orthodox Church Outside of Russia, and through the hard labor of first ROCOR missionary Rev. Fr. Adrian Augustus in 2012, rejoice also that they are living with a sense of association with holy Mother Russia. Perhaps you will also find it interesting.

I am thankful to Lord, who selected this place in Pakistan to nurture holy Orthodoxy, which has completed its initial five years of extreme hardships and difficulties. I wish that in the sacred footsteps of Holy Royal Martyr Tsar Nicholas II, Russian Orthodox missionaries may also come and witness the miracles of God through His people, who love Orthodoxy and dwell in it as in their own home.

I am thankful to Rev. Fr. George Maximov and Rev. Fr. Adrian Augustus who shared this information with me on St. Nicholas’s visit to Pakistan.

1 An old and historical city of Pakistan

2 Shish Mahal is a masterpiece of Mughal architecture, a castle ornate with jewels and colored glass.

3 The ruling emperors in the sub-continent

4 The Khattak are a Pashtun tribe numbering over 3 million, which speaks a variant of the softer Kandahari Pashto. It is one of the oldest Pashtun tribes.

5 The Afridi is a Karlani Pashtun tribe present in Pakistan, with substantial numbers in Afghanistan.

6 Punjabi people, are an ethnic group associated with the Punjab, who speak Punjabi, a language of the Indo-Aryan language family. “The Orthodox mission in Pakistan is growing day by day”
Fr. Joseph Farooq

“The Orthodox mission in Pakistan is growing day by day”
A talk with Fr. Joseph Farooq
Fr. Joseph Farooq, Nun Cornelia (Rees)
His path is not an easy one—poverty, discrimination against all Christians in a rigidly Moslem society, and isolation from other Orthodox countries are some of the challenges he faces continually in his endeavors to bring his people to the One Holy Catholic and Apostolic Church. But the humility and zeal of his flock inspires him to carry on with the great commission in Pakistan. The Cult of Nicholas II
Matthew Dal Santo
Today’s tensions between Russia and the West have breathed new life into old caricatures that many thought had died with the Cold War. It would be ironic if in 2016 Russia’s only officially sanctioned leadership cult turned out to be one of peaceful nonresistance.
Comments

Zunair Joseph Dimitry 11/29/2017 1:31 pm
It is a wonderful sharing showing deep spiritual relation between Lahore city of Pakistan and Russian land through the visit of Holy Royal Martyr Tsar Nicholas II. I appreciate my father's hard work and research for this very interesting and new information.The collection pictures and fantastic and real like.I am inspired to read about this famous and historical journey!
God bless holy orthodoxy in Pakistan.
Zunair Joseph Dimitry

Aaron Nadeem11/29/2017 9:32 am
This is really very interesting and historical artical and it is new for me too.I am pleased that Holy Royal Maryter Nicolas II visited soil of Pakistan and this journey is really a source of inspiration for the new Russian Orthodox believers in Pakistan. We are really thankful to our parish priest Fr.Joseph Farooq for preaching and teaching Russian Orthodox faith and traditions in Pakistan. Thank you!
Aaron Nadeem
Lay Reader in St.Sergious Orthodox church in Pakistan.

damjan11/27/2017 10:27 pm
Dear Father Farooq,
The Lord bless you and keep you,
The Lord make His face shine upon you
And be gracious to you
The Lord lift up His countenance upon you,
And give you peace.

Father Joseph Farooq11/26/2017 7:14 pm
Dear Editorial Team of Orth-Christian.com,
Greetings and peace from Pakistan!
I am pleased to extend my heartfelt thanks to you for publishing my article on your website in the memory of the Tsar-Martyr Nicholas II and Royal Family which was martyred 100 years ago.Let us all remember to pray to the HOLY ROYAL MARTYRS for our struggle that we may show the path of love of our Lord and Saviour Jesus Christ to the enemies of God!
Yours in Christ,
Father Joseph Farooq
×