Abbot of Vatopedi speaks about miracles and invisible elders of Mt. Athos 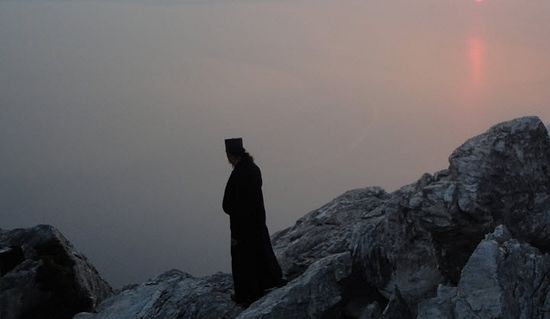 There are a multitude of testimonies about miracles that occur on Holy Mt. Athos, with people receiving healing and enlightenment and acquiring faith. Archimandrite Ephraim, the abbot of the Athonite monastery of Vateopedi, recently spoke about how Athonite monks often radiate the Uncreated Light of God and why it is not customary to speak a lot about the invisible elders on Mt. Athos, as reported by The Orthodox Heritage of Ukraine on Holy Mt. Athos.

“There is no greater blessing in this world, than to experientially live and experience grace,” Abbot Ephraim said. “We have known virtuous people on Athos who lived by grace, because they loved Christ. We often saw them in the Uncreated Light, and we were often witnesses to how they saw the future,” he added.

In Orthodox theology, the Uncreated Light is the energy and grace of God, by which Orthodox Christians can know Him as far as able, without ever coming to know His essence. The apostles beheld the Uncreated Light on Mt. Tabor at the Lord’s Transfiguration, and St. Paul beheld it as well during his road-to-Damascus conversion experience.

“We have often met people who told us amazing things about Athonite monks, but what especially astonished us, and still astonishes us now, is the sweet expression on their faces. This expression, which reflects the world of their hearts and the silence of their inner person. They lived in constant joy, and as the apostle Paul said, they are those who had nothing, but who at the same time possessed everything,” the Athonite elder reflected.

One of the most amazing miracles of the Holy Mountain is the tradition of the invisible elders—ascetics who have received from God the gift of becoming invisible. Of the invisible elders, Archimandrite Achilles Tsoutsouras says, “There are plenty. Some say nine, others seven, others ten, and yet others twelve. They abide in the more isolated areas of Athos and are invisible to our eyes. They appear here and there to whomever they want, usually monks who have purified their hearts, but sometimes they make their presence felt to blessed pilgrims who live a clean Christian life.”

There are many testimonies to the appearances of these invisible elders, chosen by God. Fr. Ephraim spoke of one of these appearances:

“That the invisible elders exist is a fact. A few years ago, a revered elder, Fr. Gerasim of Little St. Anne’s Skete, reposed on Mt. Athos. He told us that some people would come into his cell at midnight, and then leave. One of these men would approach the elder to take Communion, and silently leave. Elder Herodion: “Do You Want Me to Tell God to Disperse the Clouds?”
Athanasios Rakovalis

Elder Herodion: “Do You Want Me to Tell God to Disperse the Clouds?”
Athanasios Rakovalis
I followed their conversation with surprise and found that Elder Herodion answered all my questions, even though I hadn’t managed to ask him. My friend didn’t even understand what they were talking about. I was bewildered; I looked at the elder with respect and delight.

Gabriel, an atheist Philosophy Student at Mount Athos
“What would you choose? Someone who is educated but can make your mind dizzy or someone that can wake you and who is a saint ?” “I'd like someone educated because I fear Saints”
Comments

Bisrate Gabriel Daniel 6/26/2020 1:17 pm
Dear fathers This is an article which I found after a lonf and difficult search on the subject of "Invisible monks in the Orthodox Church". I would like to thank you for the information,however, I would be happy if you could send me more information on sources on the subject. God's blessing be on us all. Your child in Jesus Christ
×