A Miracle of St. Nicholas of Myra in Lycia 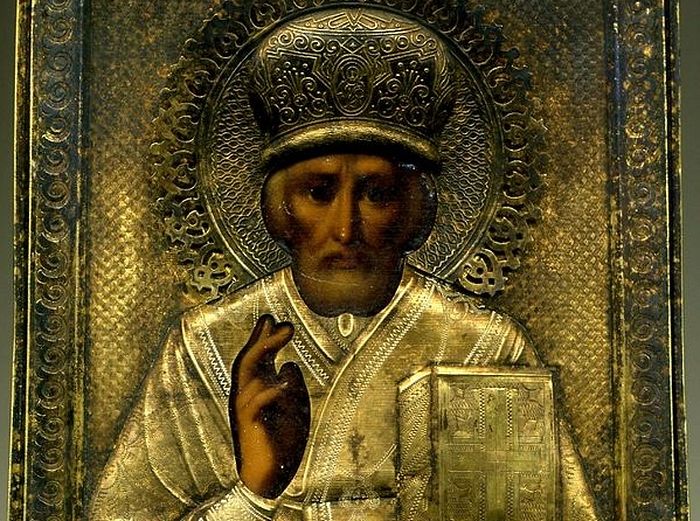 Hieromonk Theophylact (Belyanin), who labored at the Pskov Caves Monastery, shared this story with me. The story made it into his manuscript collection “It Happened in Our Time.”

It happened in the 1970s. There was a Soviet family loudly celebrating the birthday of the father of the household. As is the custom, they were celebrating with a feast, toasts, and libations. And in the midst of all the merry-making, they somehow forgot about the father's five-year-old son. He was twirling around the guests, climbed under the table, and suddenly, unbeknownst to his parents, crawled out onto the balcony, which was off limits for him. Their apartment was on the eighth floor.

In the swing of things, the boy was finally missed. They looked for him, but he was nowhere. He wasn’t in the living room, or in the kitchen, or in the hallway. The door was locked, so he couldn’t leave. The parents darted for the open balcony door, but he wasn’t on the balcony either! In horror, the father looked below with a shudder, expecting to see the body of his son sprawled out on the ground—but his Sasha was quietly playing on the grass. Not waiting for the elevator, the father dashed down the stairs, jumped outside, picked up his son, hugged him, and asked,

“Sasha, how did you get here?”

“You know, I was bored, so I went out on the balcony and was looking down below, and it was so interesting. I leaned over, and suddenly I was flying down. But while I was flying, some old grandpa caught me.”

“What grandpa? Your grandpa was sitting with us.”

“No, a different one, so handsome, with a short white beard. He was dressed like in church. He carried me down, put me down on the grass, and disappeared.”

The father didn’t know what to think. It didn’t fit at all into his materialistic head. It was against all laws of physics, and especially the law of gravity. But his son was there, alive, and he couldn’t pass through the locked door! It was absolutely against all laws.

To the delight of all the guests, the father carried Sasha home, sat him on his lap, and didn’t take his eyes off of him. Suddenly the son said, “Pop, I remember who this grandpa looked like.”

At first the father didn’t understand: “What grandpa?”

Sasha took his dad to his grandmother’s room. There he clambered up onto the stool and pointed his finger at the ancient icon of St. Nicholas in the modest prayer corner: