Acquire and fill your lamps with the oil of virtue 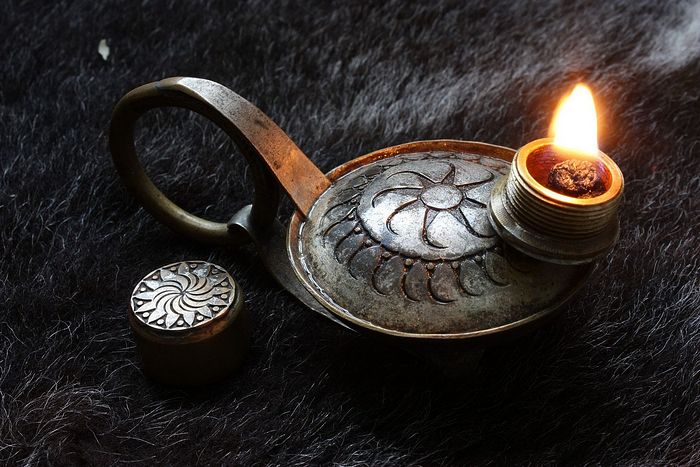 The president's decision to recognize Jerusalem as Israel's capital was a blast from the past for me. In my years of exploring different strands of Christianity before finding the ancient Orthodox Church, one of many communities I attended was a Messianic synagogue -- where U.S. recognition of Jerusalem's de facto status was a key article of faith.

Though not all Messianic communities are identical in doctrine or worship (they're a loose confederation of independent congregations), most generally adhere to what you might call a "Christian Zionist End-Times" rubric.

The idea is that the establishment of Israel in 1948 was a key element in the fulfillment of biblical prophecies about the Second Coming of Christ, with more components still needed before the Lord can return.

America's recognition of exclusive Israeli title to the City of David is an important precursor to what comes next: the rebuilding of the Temple (on the current site of the Al Aqsa Mosque, something Muslims may not take kindly to); the successful breeding of a red heifer to offer as a sacrifice therein; and the final showdown between God's chosen Israel and the diabolical armies of Gog and Magog (aka Russia and the Arabs, with China also a contender).

In this conflagration, American recognition of Israel's sole right to Jerusalem indicates our country will stand beside God's chosen nation through Armageddon. After all, that's the reason God created America in the first place: to defend Israel.

This I learned during my brief tenure as a Messianic Jew. For those ascribing to such theology, the president's announcement was an answer to prayer (showing that Trump may also be the fulfillment of a biblical prophecy about King Cyrus, who didn't know the Lord but served Him).

I learned a lot about geo-politics and the End Times in those days, but eventually recognized that this supposed re-creation of the early Church was actually a form of anachronism.

For example, I never heard a word about sacraments or asceticism, or the spiritual formation that was key to early Christianity. It was all about being prepared to recognize the End, and making sure you were part of the right group, whom God would deliver from destruction: namely, fervent supporters of Israel.

Later, I discovered that the Church is the Israel of God, and Christ the Living Temple, made without hands; that He is the red heifer, who was sacrificed once and for all.

Most importantly, I learned a proper preparation for the eschaton. It has nothing to do with reading Bible prophecies in conjunction with the news, let alone stocking up on flashlights and bottled water.

It has to do with repentance, struggling against passions and acquiring the oil of virtue to light our lamps.

No one, not even Christ, knows the day or hour when He'll come. Our task is to be ready spiritually, which apparently takes more work than many "End Timers" are prepared to do. How Should We Live?
Igumen Nektary (Morozov) The Antichrist: an Orthodox Perspective from the Church Fathers
Fr. Andrew J. Anderson

The Antichrist: an Orthodox Perspective from the Church Fathers
Fr. Andrew J. Anderson
Today’s sermon is about the Antichrist, as I continue my sermon series on the Orthodox Christian perspective on the awaited Second Coming of our Lord and God and Savior Jesus Christ. The purpose of this sermon is to provide a Patristic understanding of the Scriptures on this timely and important topic.