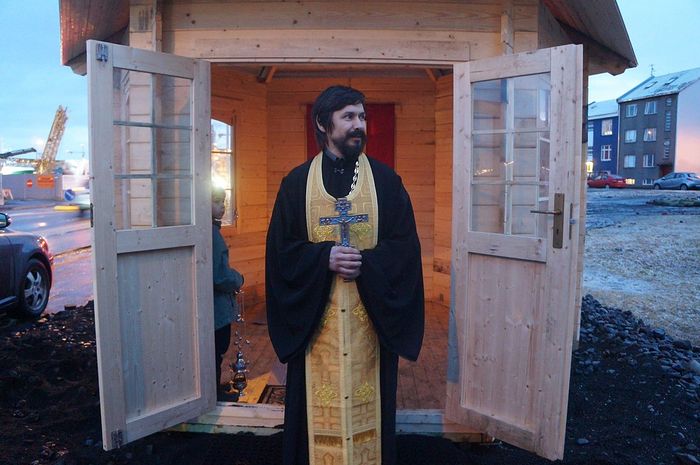 The consecration of the temporary chapel of St. Nicholas the Wonderworker took place on Wednesday in Reykjavik at the construction site of the future site of the first Orthodox church in Iceland, the Russian embassy in Iceland reported to RIA-Novosti.

Representatives of the Orthodox community, as well as the Russian Ambassador to Iceland Anton Vasilliev took part in the ceremony of the consecration of the cross, which was led by parish rector Archpriest Timothy (Zolotusky) of the Moscow Patriarchate.

Fr. Timothy called the erection of chapel a milestone for the Orthodox community in Iceland, thanking the Russian embassy in Iceland for its long-term support of the construction project.

Ambassador Vasiliev, in his opening remarks, noted the contribution of the entire Orthodox community in Iceland in working towards bringing the construction project to life, and the labors of Fr. Timothy, stressing the event’s importance in uniting the Russian diaspora in Iceland as a whole. There are more than 600 official members of the parish of St. Nicholas.

The ambassador also assured that the embassy will continue to assist in organizing cooperation with Icelandic authorities, as well as in the raising of funds for the construction of the church. 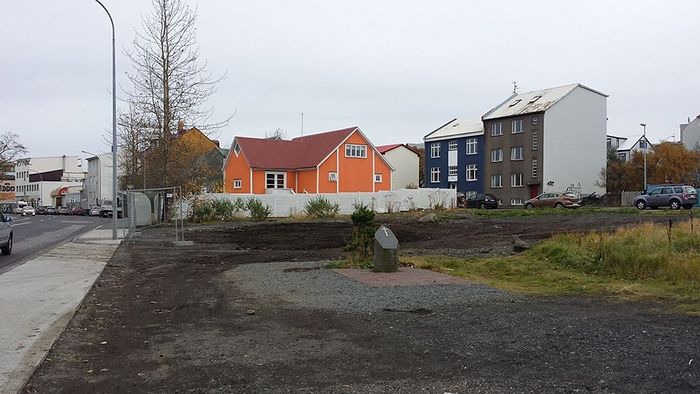 The city of Reykjavik allocated land in 2011 for the construction of the first Orthodox church in Iceland and a cultural center for Russian-speaking compatriots. The design of the future temple has been completed, and funds are currently being raised.

The church will be built in the city center, overlooking the port of Reykjavik, thus being visible to those approaching the city by boat.

The Russian Orthodox parish of St. Nicholas in Reykjavik was visited by His All-Holiness Ecumenical Patriarchate Bartholomew on October 14, 2017, being greeted by parish rector Fr. Timothy. The patriarch wished him a successful continuation of his many years of pastoral labors and gifted him with a pectoral cross and silver censer.

According to the site Orthodox Iceland, there are also a Romanian and a Serbian community in Iceland, though the future church of St. Nicholas will be the first official Orthodox Church in the country. Iceland Sends Money to Syrian Refugees
The Icelandic Church Aid has sent USD 150,000 to Syria to help some of the 4.2 million Syrians who are displaced within the country.
Comments