Conversion in Kosovo, or How Adem became Adam 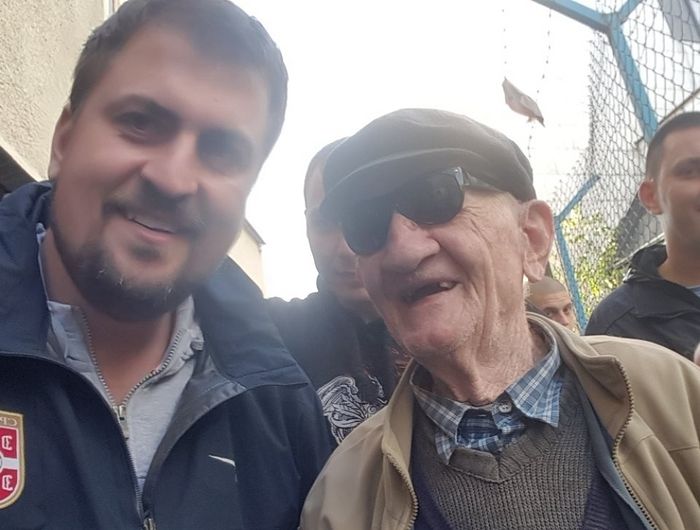 Adem from Prizren lost his mind in his old age. He went bonkers. Fell off his rocker. Eighty-eight years is no joke. But he went crazy a little earlier, at age eighty. To be exact, he went in the direction of the Orthodox Church in his native town, the former capital of the Nemanichi, and asked for baptism. “I want to become Orthodox. I want to become Adam.” Such proclamations in a city that had driven out almost all the Christians after the pogrom of 2004 is, to put it lightly, dissonant with the general merry mood caused by the cleansing of the city from the cursed Orthodox Serbs, and Adem’s psychological health, which his large extended family considered him to possess. And this large extended family categorically refused to associate with their grandpa who had changed his faith.

“That’s their business!” says grandpa Adam, wiping away a tear. “I did not “change” my faith—I returned to the true one. We all used to be Christians!”

When they say that almost all the Serbs were driven out of Prizren, an ancient Serbian city, the word “almost” is heavy with meaning; here or just outside the city remain a few self-sacrificing priests, the Prizren theological seminary eventually returned there, and now it functions despite not only the innumerable material hardships but also the—to say it cautiously—not very friendly environment. Also to this “almost” belong two women: Evitsa Dzhordzhevich and her daughter Melitsa, who throughout the whole time, including during the terror against the Serbs, were the only Orthodox Christians in that city. Serbian television recently shot a film about Melitsa. I recall a scene from it: A girl sits silently at the window and looks out at the yard where the Albanian children are playing. But she doesn’t go out to join them because it’s simply dangerous—they could do more than just beat her up. She watches in silence, and her mother Evitsa cries. That is how they lived, locked in for several sad years, running out under cover for groceries with their heads tucked down. Until Adam came along. 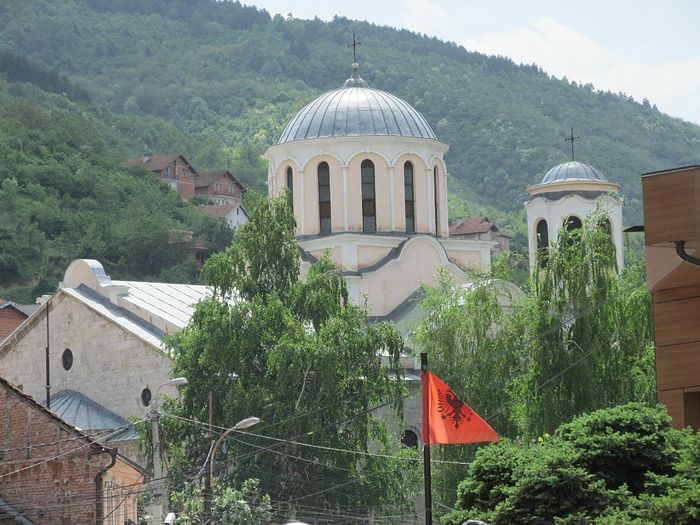 “Here in Prizren, and in Kosovo and Metochia in general, what was happening would make your hair stand on end! What people were doing to the Serbs—people who say that they pray to God but who in fact renounced Him by their deeds!” says Adam. “How can you pray to God but hate other peoples? War with them, kill them? Take away their homes, rape them, rob them, desecrate their churches? I looked at all this and—do you understand? a protest arose in my soul. This protest is what led me to the church, and then to Evitsa and Melitsa. I had to help them! So, I started helping them, and there is nothing special about that.” 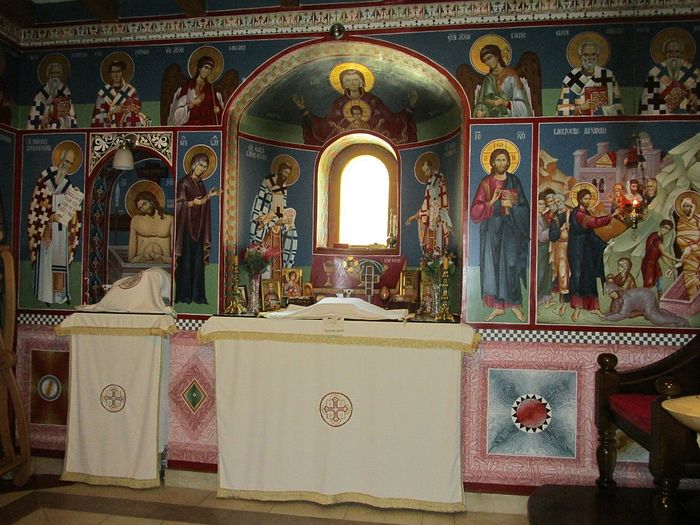 The Monastery of the Holy Archangels.

At first Adam carried Melitsa in his arms for walks around the city, and later, when she had grown, simply accompanied her. Then they began driving to the Monastery of the Holy Archangels not far away, where divine services began again. It would seem idyllic—an elderly grandpa strolls with his granddaughter, with the happy mother next to them. Yes, it would be idyllic if it weren’t for the whole history preceding it. 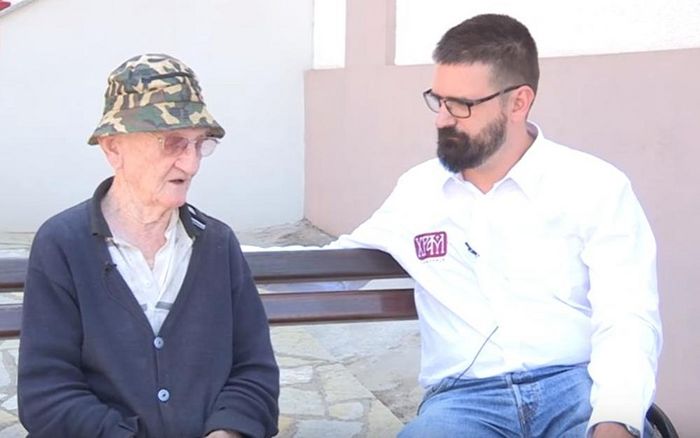 In one way or another, grandpa Adam took upon himself the cares and fuss of the Dzhorzheviches, evoking the usual perplexity and rejection from those who are now the majority in Prizren, but at the same time the respect and gratitude of the Orthodox who again live here. It is now a usual scene: On Sunday or some other feast day, people come up to Adam as he walks to the church of Great Martyr George to greet him and thank him “for remaining human in those inhuman times.”

Many argue about Adam’s real nationality. Some say that he is an Albanian, others insist that he is a “Torbesh”. That is what the Serbs call those Slavs who converted to the “Turkish faith” for materialistic reasons—the Turkish authorities used to give out special food products for renouncing the Orthodox faith, and they would place purses (“torby”) with food in the doorway of their houses so that others could see it and contemplate which is better—to die of hunger in their Orthodoxy or “live like normal people.” The majority preferred hunger. And the relationships between the Orthodox and the “Torbesh”, representatives of basically the same nationality, are filled with hatred and contempt. Incidentally, many say that the Monastery of the Holy Archangels was burned down during the pogroms by the descendants of once Orthodox Serbs who had converted to Islam… Adam doesn’t like all this talk of nationality. “Enough already! We’re Christ’s!” 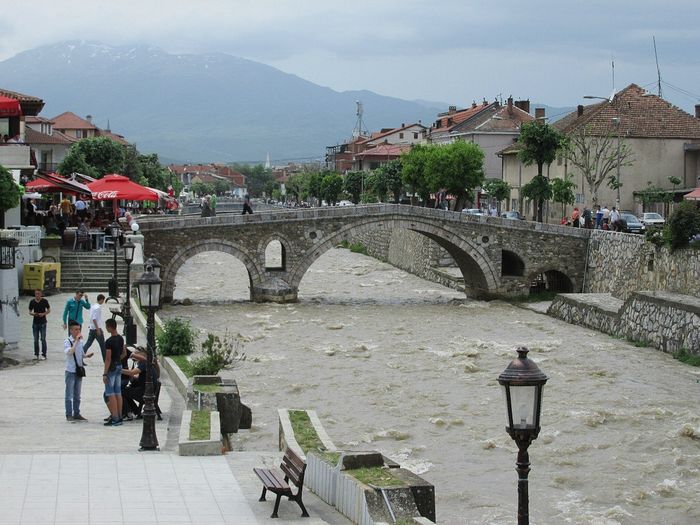 At the Liturgy he usually sits—his strength is not what it used to be. He sits, wholly immersed in himself and prayer. He searches for a corner where he can remain unnoticed and quietly converse with God. Other parishioners, despite their southern temperament, don’t distract him; Adam’s prayer is real prayer. At least that is what his deeds say about him. Pristina: Orthodox chapel turned into public restroom; Bishop: Lack of basic civilization norms
A recently renovated and cleaned cemetery chapel in Pristina was turned into a public restroom and garbage dump, and several Orthodox graves are overgrown with weeds. Serbia without Kosovo is like a corpse without soul and heart, Patriarch Irinej says
Hieromonk Ignaty (Shestakov)

Anthony 1/19/2018 7:36 pm
Wonderful artikle. Hopefully, the "turkish" Cypriots. - those who were once Hellenes but whose ancestors renounced our beloved Orthodoxy and Hellenism for a pottage and lost their souls for eternity will too return to the bosom of our Church like Mr Adam. According to some sources, the field in the occupied areas is ripe! The "turks" are thirsting for the truth. Same with the crypto Christians Asia Minow who travel to the Hellenic Motherland to be baptised. He has had ears to hear, let him hear!