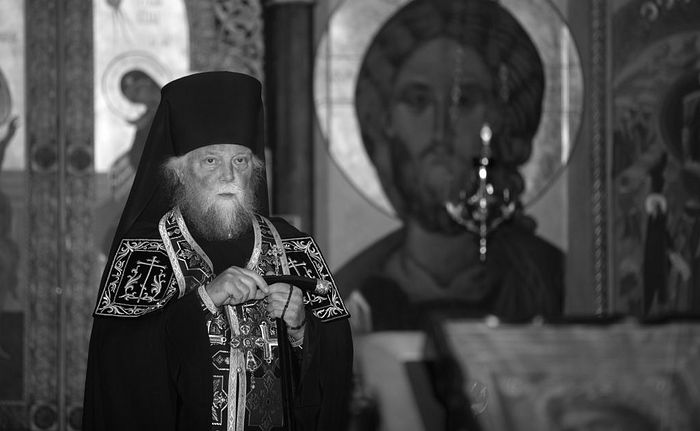 The official website of Optina Pustyn Monastery and the monastery’s Facebook page have reported that their abbot Archimandrite Benedict (Penkov) has reposed in the Lord.

The abbot of Optina became widely known in Orthodox circles as an uncompromising zealot, a defender of holy Orthodoxy, a resolute opponent of Church modernism, ecumenism, and the electronic means of enslavement of the individual, according to the Synodal Department for Monasteries and Monasticism of the Russian Orthodox Church.

He also supported the Orthodox pro-life movement “For Life!” rightly considering abortion a grave sin, and took an active part in preventing abortions, being the only abbot providing such help to social activists.

Fr. Benedict had suffered from a severe illness in recent years, but found the strength to solidify and support his brethren and the laity with his genuine Christian kindness and care. To his final days, the Optina abbot remained concerned about the fate of the Russian Fatherland, and about the events ongoing in Ukraine and Donbass.

Fr. Benedict had undergone a successful leg amputation on January 9 but was at high risk of complications. His health began to seriously deteriorate on Friday, and last night Archimandrite Melchizedek (Aryutkhin), the abbot of the Optina podvoriye in Moscow, reported that Fr. Benedict was in serious condition in a coma.

The latest message on the monastery’s Facebook page simply reads:

“On January 22, 2018, the abbot of Optina Pustyn Archimandrite Benedict (Penkov) reposed in the Lord. Radiant memory to our father.”

The Facebook page also presents a video montage of wonderful pictures from throughout Fr. Benedict’s many decades of service to Christ in His Church.

Archimandrite Melchizedek notes that he had recently visited Fr. Benedict, who, he writes, was prepared for death:

“Today, January 22, at 1:00 in the morning, the abbot of Optina Pustyn, my spiritual father, Archimandrite Benedict reposed in the Lord.

At our final meeting, when I was with Batushka, it was clear that he was already prepared for eternity! This morning his transition was accomplished!

May God grant him the Kingdom of Heaven!!!”

Archimandrite Benedict will be interred in the Kazan Church in Optina Monastery. His funeral and burial will be celebrated on Wednesday.

Archimandrite Benedict (Vladimir Andreevich in the world) was born on June 24, 1939. He graduated from the Moscow Theological Seminary, and from the Theological Academy in 1973 with a candidate degree in theology. In the 1970s, he was a monk of the Trinity-St. Sergius Lavra where he was tonsured and given the name Benedict in honor of St. Benedict of Nursia.

He was appointed as abbot of Optina Monastery in 1990 and was elevated to the dignity of archimandrite. After many years of service, he wrote a petition for retirement, which was not granted. He reposed in the Lord on January 22, 2018. Optina abbot Fr. Benedict in coma following leg amputation
The abbot of the famous Optina Pustyn Monastery in Kozelsk, Russia, Archimandrite Benedict‘s condition following his recent leg amputation has grown worse, as he has slipped into a coma. Prayers requested for Optina abbot following leg amputation
Archimandrite Melchizedek (Aryutkhin), the abbot of the Optina Podvoriye in Moscow, has posted a note on his Facebook page, requesting prayers for Archimandrite Benedict (Penkov), the abbot of Optina Monastery in Kozelsk, Russia, who has recently undergone a serious amputation surgery. “The Spirit of Russia is Christ”
Hieromonk Vasily (Roslyakov)

“The Spirit of Russia is Christ”
A pre-death interview with Hieromonk Vasily (Roslyakov)
Hieromonk Vasily (Roslyakov)
“The spirit of Russia is Christ. He tells us, I am the Way, the Truth, and the Life. Inasmuch as spirituality cannot be outside of Christ, for Russia it is expressed in one word: Christ. He is everything.”
Comments