Why Should We Not Doubt the Church? 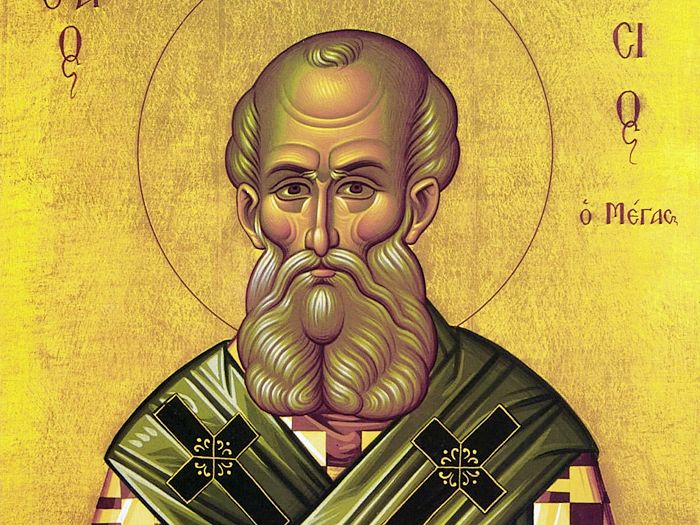 The life of St. Anthanasius the Great was not easy. However, its significance for universal Orthodoxy is not confined simply to the Alexandrian patriarch’s podvig of confession. In the life of precisely this saint, the words of Christ about the steadfastness of the Church even before the gates of Hell (cf. Mt. 16:18) acquire the clear shape of indisputable truth against the backdrop of concrete historical circumstances. And this is very important. It’s no secret that in certain moments of history, an outside observer might find too many arguments for criticism of the Church structure and its ability to remain the pillar and ground of the truth despite the actions of concrete persons. The question is always relevant: Where is the evidence that the Church is truly guided by the Holy Spirit?

Let’s look at the facts of St. Athanasius the Great’s life. On June 9, 328, at the age of twenty-eight, the saint was unanimously elected to the Alexandrian cathedra. However, his uncompromising position in the fight with the Arian heresy greatly exasperated the adherents of this teaching, who after their defeat at the First Ecumenical Council still managed with time to exert significant influence on the Roman Empire. They started an entire campaign against St. Athanasius. The Council of Caesarea was convened in 334, at which the saint was condemned. But the Arian lie soon became clear, and the saint was vindicated. However, the next year, the Synod of Tyre deposed the saint for slander of his opponents, and in 336 he was sentenced by the emperor to exile in Trier. Either way, he managed to return from exile two years later, but in the spring of 340, the emperor’s viceregent, with the help of the armed forces, installed the Arian Gregory as the archbishop of Alexandria. The persecution and exile of the saint continued practically his entire life. Overall, out of the forty-five years of his episcopacy, he spent about twenty in exile. As we see, they fought with this saint both with the help of force, and with the help of purely ecclesial instruments—the convening of synods against him, and his deposition by “canonical” means. But all of this was not even the most terrible thing for the ascetic and for the Church.

It is hard to imagine, but there was a time when St. Athanasius the Great alone, hiding from persecution in the Egyptian desert with St. Anthony, maintained the truth of the “consubstantiality” of the Holy Trinity.1 Even St. Basil the Great was not then an advocate of the concept of “consubstantial” (“homousios” in Greek). In the end, a fifty-year battle was necessary that the whole Church, with the holy brothers St. Basil the Great and St. Gregory of Nyssa at the head, would return to the truths which St. Athanasius had defended and which could preserve the teaching of Christ in an unadulterated form.

Here we are faced with a striking fact. It turns out that the principle of “catholicity” does not act in the Church of Christ as occurs in society. In the Church, the correct path is not the path chosen by the majority. Here the true position can even be unpopular among the absolute majority of hierarchs. However, the Church does not follow the voice of the majority, but is led by something else—the breath of the Holy Spirit, Who is active in it. In the history of the Church, we see many examples of how rationalism gave way to mystical inspiration, and even the most unpopular but true position ineffably became universal. This fact is difficult to explain. Priests, hierarchs, and even councils can err, but the Church, in a wondrous fashion, never leaves the true path—and we have no right to doubt it! This is because the truth is not in the dead letter of decrees and ordinances, but in the real life of the Holy Spirit, indescribable and inexpressible.

St. Athanasius was not understood by his brother bishops; his opponents persecuted him, using even purely ecclesiastical means of influence. However, the truths that he alone resolutely championed were not rejected by the Spirit-filled Church, and therefore they were invincible. St. Athanasius was not a philosopher; he did not have a brilliant education and yet, despite this, he left an amazingly precise and essentially profound expression of truth of the unity of the All-Holy Trinity. In this is clearly manifested a paradox of Church life, which is impossible to explain from the point of view of ordinary human logic. This means, we should not evaluate the Church and its life in the world even based on the most obvious facts. The Lord lives and He knows how to save those who love Him! The strength of the Church is in the omnipotent Creator, and not in the perfection of life or position of those who have been called to pastor the flock of Christ. And here, no circumstances or facts could be arguments, because the Lord said firmly and clearly: I will build my church; and the gates of hell shall not prevail against it (Mt. 16:18).

1 This is the teaching that the Three Persons of the Holy Trinity—the Father, the Son, and the Holy Spirit—are one in essence, all being fully and equally God. St. Athanasius the Great the Patriarch of Alexandria An Exclusive Creed
Fr. Lawrence Farley
Why this insistence on exclusion? The Fathers of Nicea wanted to exclude heresy from the Church for the same reason that a doctor wants to exclude cancer from the body of his patient—because if he includes the cancer in the patient’s body, the result will be the death of the patient. Cancer kills, and so does heresy. Heresy is not simply incorrect opinion, akin to getting a numerical sum wrong. Heresy is stubbornly refusing to accept the truth, in exactly the same way as someone who has been poisoned might stubbornly refuse to accept swallowing the antidote. A person who has been poisoned will die. And the good intentions of the heretic notwithstanding (for who knowingly accepts error?), the person who refuses God’s provided remedy of Christ will also die.

The “Model of Meekness”, and Slapping Arius
Orthodox Pastors on Zeal for God
Anna Erakhtina
When contemplating how they should oppose enemies of the Church, Orthodox Christians often recall St. Nicholas, who slapped Arius in the face. Several Russian Orthodox clergymen talk with us about the saint’s “intolerant” deed.
Comments
×