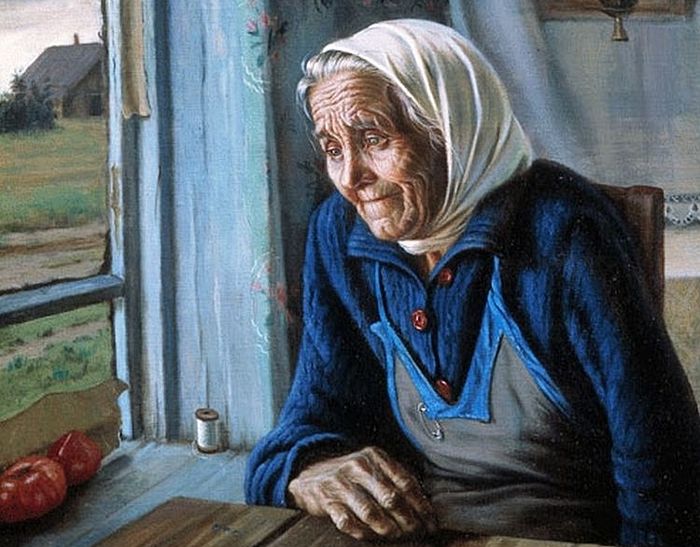 “A mother’s prayer can retrieve a child even from the bottom of the sea”—everyone knows this adage, of course. But how many believe this proverb is said not just as some nice words, but is completely true and has been confirmed over the course of many centuries by innumerable examples?

Fr. Paul, a monk, told me a story that happened to him. He told it as if it was how it all should have been. I was struck by this story, and I will retell it now—I think it will prove amazing not just for me.

A woman came up to Fr. Paul on the street and asked him to go see her son, for confession. She gave him the address.

“I made great haste,” Fr. Paul said, “but I didn’t make it that day; and, to be honest, I had forgotten the address. The next day, early in the morning, she met me again, very agitated, and earnestly entreated and even begged me to go see her son. For some reason, I didn’t even ask her why she wasn’t coming with me. I went up the steps and rung the bell. A man opened—quite unkempt, young, and it was immediately obvious he was a heavy drinker. He looked at me defiantly—I was in my cassock. I greeted him and said, ‘Your mother asked me to come see you.’

“He snapped back, ‘Whatever, liar. My mom died five years ago.’ I saw her photo on the wall, among others. I pointed to the photo and said, ‘This is this woman who asked me to visit you.’ He said as if challenging me, ‘So you’ve come from the other world to see me?’ ‘No,’ I said, ‘I’m still from this one. But what I have to say to you, you should do: Go to church tomorrow morning.’ ‘And if I don’t?’ ‘You will go: Your mother is asking. It’s a sin not to fulfill your parents’ word.’

“So he came. During his confession he was shaking from so much sobbing, and said that he had kicked his mother out of the house. She went to live with other people and soon died. He didn’t even find out until later, and wasn’t even at her funeral.

“He came that day, and that evening I met his mother for the last time. She was very happy. Her headscarf was white, but before that it had been dark. She was very grateful and said that her son was forgiven because he had repented and confessed, and that they had already seen one another. In the morning I went to his place, but the neighbors told me he had died the day before and was taken to the morgue.”

That was Fr. Paul’s story. I, a sinner, think that means his mother was given to see her son from that place where she was after her earthly end; it means she was given to know the time of her son’s death; it means her prayers there were so fervent that she was granted to appear and ask a priest to confess and commune the pitiable servant of God. After all, it is quite fearful to die without repentance, without Communion.

And the main thing is that it means she loved him, loved her son, even such a son, a drunkard, who drove away his own mother. It means she was not angry or begrudging, and that she, already knowing more than all of us about the lot of sinners, did all she could so that this fate would pass over her son. She retrieved him from the depths of sin. It was her and only her, by the strength of her love and prayers. Can Women Be Saved Without Childbearing?
Archpriest Andrei Ovchinnikov

Can Women Be Saved Without Childbearing?
Archpriest Andrei Ovchinnikov
Today I would like to speak to the ladies. I will try to give practical advice on the theme: “woman and children”. I will warn you from the very beginning that it is not for all. I expect criticism and disagreement. But perhaps some will listen to me and try to look at their lives in the light of reflection on the suggested subject. Praying for our Children, Part II
Elissa Bjeletich
As long as we think that we’re in charge, we don’t really offer our kids up to God. As usual, pride will block us up and only humility will open the doors. St. Porphyrios’ prayer is humble:­­ “I entrust them to you. You gave them to me, but I am weak and unable to guide them, so please, illuminate them.” In humility, we weak ones hand our children over to God. Praying for our Children
Elissa Bjeletich

Praying for our Children
Elissa Bjeletich
As a modern saint, so near to us in time, I thought we could spend some time with the great wisdom St. Porphyrios offers us in regard to raising up children, which is recorded in the beautiful book, "Wounded by Love: The Life and Wisdom of Elder Porphyrios."
Comments
×