A Fast of Righteousness 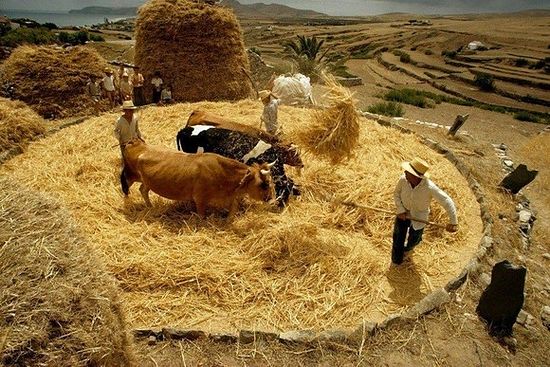 I am often puzzled by the things theologians say about “righteousness.” First, there are a striking number of different treatments. That alone should tell anyone that we are standing on the ground of “theory” rather than knowledge when we hear pronouncements about the word. It is, of course, an important word. “Seek first the Kingdom of God and its righteousness…,” Christ commands in the Sermon on the Mount. I think I know what that means to a Lutheran or an Evangelical. I know what it means to NT Wright. But, none of what I see in them really makes a lot of sense in the context of the Sermon on the Mount. I am going to suggest something different. You may, of course, consider this just one more theory. So be it.

There is a great theme of righteousness in the Old Testament. To a certain extent, it can be described as a “proper balance,” or “things being in their right place, order and amount.” Most of the judgments that concerned normal people in their daily lives (apart from matters of ritual) were oriented around property, income, debt, and daily needs. The great “engine” of the Israelite economy (according to the Law) was the Law of the Sabbath and the Jubilee Year.

If we look at a simple rule we can see this in play. “Do not muzzle an ox who is treading out the grain.” It means, if your ox is being used to drive the mill wheel that is grinding the wheat, you may not prevent them from having some opportunity to munch the wheat that is falling at their feet. Why? It’s quite simple. You have a lot of wheat, and you shouldn’t begrudge an animal a small share. After all, it’s that animal’s sweat that is making your grain palatable. To greedily prevent the animal from its share is unrighteous. It is an improper balance and exploitation of a beast.

This, of course, is an example that involves only an animal. But the principle is constant throughout the Law and the Prophets. The Jubilee cancels debts and restores the land to its proper owner (and this is a “righteous” judgment).

When we come to the New Testament, Jesus repeatedly speaks of debts being canceled, of the deliverance of the poor, of the rich being in danger. When He offers a parable about the Judgment, it is about sharing: food, clothing, care, and concern. The one who shares with the one who is in need is counted “righteous.”

This, I think, points to a proper (and rather simple) meaning of the term. It is not just some form of “social justice.” There is something more cosmic and eschatological about it. Wherever the Kingdom comes, its “righteousness” is made manifest. What does that look like? Christ described it to the disciples of John:

Jesus answered and said to them, “Go and tell John the things you have seen and heard: that the blind see, the lame walk, the lepers are cleansed, the deaf hear, the dead are raised, the poor have the gospel preached to them. (Lk. 7:22)

These are all cases of people who live in a deficit (while others live in a surfeit). When the Kingdom is made manifest, things are set right: its righteousness is made manifest. But its coming is of a supernatural character. There is a moral component: we are taught to behave in a manner towards others that “sets things right.” We are told to do to others what we would want to be done to us. And then, because of the abundance of the Kingdom, we are told to do more than that. We give even to those who will not give in return. This is righteousness.

There is an inner righteousness. For the Kingdom of God is not a mere set of moral actions. It is also an inner transformation, where we not only “do” righteousness, but “become” righteous. That inner work is also the “setting right” of things. We were created in the image and likeness of God, but have become debtors to sin. Spiritually, we have become poor and are unable to overcome our hateful sin-master. God’s gift to us becomes an abiding Jubilee, abolishing the debt of sin and restoring us to our right place before Him.

However we might think of righteousness (perhaps as the Divine Energies), it has this characteristic of “setting right,” of putting things back in their proper place. Human beings were created to be the very image of God, but became enslaved to sin. In the pattern of our salvation, the Rich became poor, that we (the poor) might become rich. God became what we are that we might become what He is. His righteousness is His love.

While fasting with the body, brethren, let us also fast in spirit. Let us loose every bond of iniquity; let us undo the knots of every contract made by violence; let us tear up all unjust agreements; let us give bread to the hungry and welcome to our house the poor who have no roof to cover them, that we may receive great mercy from Christ our God.

Stichera on “Lord, I Call” for Wednesday of the First Week of Great Lent

"The Church is not a Social Club"
Fr. Sergius Nezhbort
Sometimes it happens when the person least expects it: God comes into our lives and there is nothing we can do with this. Our spiritual state determines our lives
Professor Alexei Osipov answers readers’ questions
Professor Alexei Osipov
Many people send letters to Pravoslavie.ru addressed to Professor Alexei Iliych Osipov. After choosing those more frequently asked, these question were posed to Prof. Osipov—on doubts about the faith, about how to discern God’s will, how to give alms, why the Orthodox are patient in deprivations, and whether there is justice on this earth.

Orthodox Living in the Modern World: Steps to Spiritual Transformation
From a talk by Schema-Archimandrite Sergius (Bowyer)
Archimandrite Sergius (Bowyer)
In this talk Fr. Sergius speaks on several important themes, including the benefits of pilgrimage for helping us to encounter God, the power of the saints, moving away from an inner monologue towards a dialogue with God beginning with a consistent prayer rule, and having an attitude of blessing and thanksgiving.
Comments
×