The First Week of Great Lent: The Dawn of Abstinence 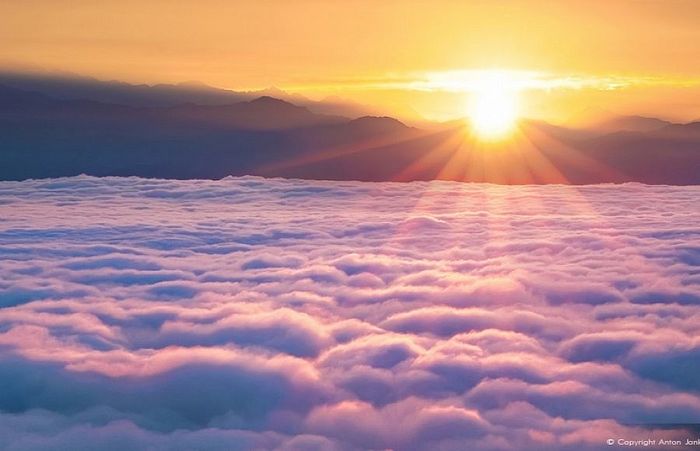 The first week of the Holy Forty Days of Lent, in the words of our pious ancestors and all Orthodox Christians, is called the dawn of abstinence, the week of purity. This week the Church convinces its children to come out of that sinful state into which the whole human race fell and lost paradise through our first parents’ lack of restraint, and which each of us only increases through our own sins; to come out by the path of faith, prayer, humility, and God-pleasing fasting. This is the time of repentance, says the Church, this is the day of salvation, the door to fasting: Be vigilant my soul, and shut the door to the passions; gaze upward toward the Lord.

Like the Old Testament Church, which particularly sanctified the first and last days of certain great feasts, Orthodox Christians who are prepared and inspired by their Mother the Church have from ancient times according to Church rubrics spent the first and last weeks of Great Lent with particular zeal and austerity. And isn’t it fitting that we would have the most zeal and piety at the beginning and end of our ascetic labors?

In accordance with this zeal the Orthodox Church in the first week of Great Lent has longer services and a stricter fast than during the following days of the Fast; on the first two days of Great Lent, and for those who are able, the first four, there is no table set. The length of the common services during the first week of Great Lent is particularly due to the reading of the Great Canon of St. Andrew of Crete at the Great Compline services of the week, called in Greek mephimon (μεθ ήμών), “with us”, because during these Compline services the words of the prophet are read: God is with us, understand O ye people. 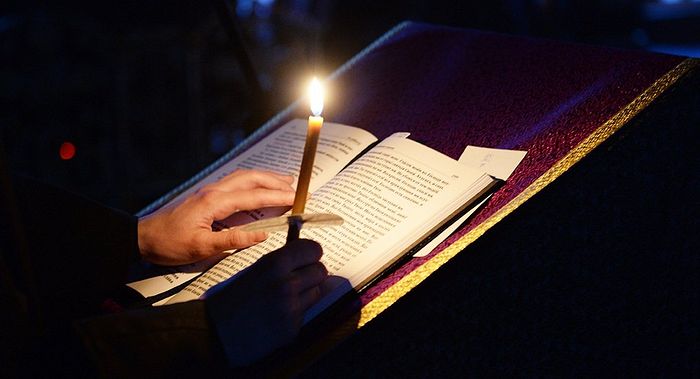 The Great Canon of repentance, “broad and sweetly voiced, and of infinite contrition”, evokes in the soul an especially pious attunement to repentance. It is read in parts during the first four days of Great Lent at the Compline services. Its saintly composer resurrects before us recollections of the Old and New Testaments, everywhere applying them to the moral state of the sinner’s soul and teaching us to try according to our strength to emulate everything good written in the story, but to flee all that is evil, and ever have recourse to God through repentance, tears, confession, and other works that are truly pleasing to Him.1

In the Great Canon, by weeping over our sins, the Church inclines us to contrition and repentance, urging us sigh to God from the depths of souls, secretly telling our sins to God, to rise up and think about our deeds; it inclines us through the humiliated state of the sinner who has defiled the garments of his flesh, darkened the beauty of his soul with passions, torn the first-created clothing of the Creator, and put on the tattered vesture woven at the counsel of the serpent; it inclines us through fear of the future judgment and hope in God’s mercy, the example and intercessions of the saints.

In the words of the canon, We have imitated those who in the days of Noah indulged themselves in lawlessness and council against God; like Joseph’s brothers have sold the fruit of purity and chastity; like Datham and Abiron, like Absalom and Gehazi the lover of money we have inclined away from the Lord; like the Israelites in the desert we have preferred the food of Egypt over that of heaven. With our evil thoughts and deeds like thieves, we have been robbed and wounded. But arise O my soul and war against the fleshly passions and thoughts as Joshua the son of Nun conquered Amalek and the Gibeonites. Emulate the will of Abraham, who left his fatherland out of obedience to God. May the ladder that Jacob saw in ancient times be your way-shower to an active and reasonable ascent. Understand his two wives to be activity and contemplation—Leah is activity, as the one with many children, and Rachael is reason, for she is much laboring. Save yourselves on the mountain like Lot. May the hand of Moses confirm to you how God can purify and whiten your leprous life.

In the services of the First Week the Church pronounces the sacred hymns of St. Andrew of Crete, Joseph and Theodore the Studites, and has also established that the faithful be instructed by reading the works of St. Ephraim the Syrian, St. John Climacus and others.

From Archpriest G. S. Debolsky, Days of Services in the Orthodox Church (Russian).

1 From the Synaxarion for the Thursday of the Great Canon (Russian).
See also “If any fast is a joy, then the Great Fast is a great joy”
Orthodox Pastors at the Beginning of Great Lent
Deacon Valery Dukhanin
The Fast is always the possibility to become better, to conquer ourselves, to conquer our bad habits, organize ourselves for spiritual life. If the time of the fast did not come, we would just go on spinning like hamster in its wheel in our earthly affairs and rarely remember any kind of repentance.
Comments
×