On Fasting and its Benefits

Homily on Tuesday of the First Week at Great Compline 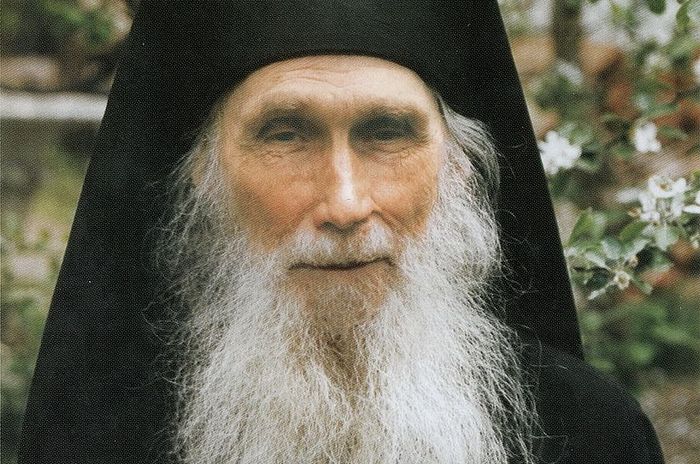 Dear brothers and sisters, we have entered upon the podvig of the Great and saving Fast, which the Church has established in emulation of the example of the Lord Jesus Christ Himself, for He fasted forty days for the sake of our salvation, not eating any food or taking any drink during that time. So also for us, His followers, the Holy Orthodox Church has strictly commanded that we observe holy abstinence, both physical and spiritual, throughout these forty days, beginning with yesterday, called Clean Monday, through Friday of the sixth week, called Palm Sunday week. This is why the current fast is called the Holy and Great Forty Days.

The Holy Church during these great days of repentance, having put on vestments of mourning and special services, prayers, hymns, and somber bell ringing expresses that during these days it has compunction, laments and weeps over its children, and calls us also to do the same. It is as the Jews when they lost their homeland wept by the waters of Babylon, so are we also called during these holy days to lament the loss of our Heavenly Homeland, which we lost because of our sins and iniquities.

The Church combined weeping over sins with fasting, for fasting gives our repentance wings and bears it upward to God’s Throne. The labor of fasting is sacred and quite ancient. “Fasting is an ancient gift that is incorruptible, unaging, but directly self-renewing, blossoming in all of its beauty,” says St. Basil the Great. Do you think that its ancientness is reckoned from the time of the giving of the Law? Fasting is older than the Law. Fasting is not a new invention, but a precious treasure of the Fathers. Everything that is distinguished by ancientness is venerable. Respect the gray hairs of fasting—it is as old as mankind. Fasting was made law in paradise. The first commandment that Adam received was, But of the tree of the knowledge of good and evil, thou shalt not eat of it (Gen. 2:17). And this thou shall not eat is the establishment as law of fasting and abstinence. If Eve had not eaten of that tree, then we would have no need now for this fast. We, injured by sin, are doctored by repentance, and repentance without fasting is ineffective. Cursed is the ground for thy sake; Thorns also and thistles shall it bring forth to thee (Gen. 3:17–18)—it is commanded to be contrite in spirit, and not to indulge in luxuries. Justify yourselves before God through fasting.

But the very abiding in paradise is an image of fasting, because by being satisfied with little, those who lived in paradise did not drink wine, nor eat the flesh of animals, which makes a man’s mind cloudy. It was only after the flood that people knew wine and meat—there were none before the flood. When the hope for perfection was gone, then pleasures were allowed.

All the saints observed fasts as a certain paternal legacy, passed on from father to son and received by inheritance, so that this acquisition has been preserved even for us by order of succession. Moses fasted forty days on Mt. Sinai, and fasting made the holy prophet a lawgiver; he was worthy to be with God and receive from Him the Law for the people of Israel.

But due to lack of abstinence and the Israelites’ insatiable stomachs, this Law written on tablets by God Himself was broken in pieces by Moses himself. Because of the insatiability of their stomachs the Israelites were given over to idol worship, and through that they lost God’s good will.

Esau’s lack of restraint made him his brother’s servant, because he sold his inheritance as the first-born son for nothing but food. The prayers of St. Anna combined with fasting gave her a grace-filled child—the holy prophet Samuel. Fasting made Samson invincible, and as long as he kept it, his enemies fell by the thousands, the gates of the city were torn up and lions could not withstand the strength of his hands. But when he was overtaken by drunkenness and fornication, he was caught by his foes and blinded, exhibited as a laughing stock for the foreign tribe’s children.

Elias who fasted closed the heavens for three years and six months. Because he saw that from satiety much brazenness and evil was born in the people, out of necessity, in order to heal them from the vice of luxury and depraved life, he placed an involuntary fast on them—a famine that put a stop to the sin already pouring out unchecked; with a fast he as if by cauterization or lancing interrupted the further spread of evil.

“Fasting,” says St. Basil the Great, “gives birth to prophets, strengthens the strong; fasting makes the legislators wise.” Fasting is the good guardian of souls, the reliable cohabitant of the body, the school of ascetics. It deflects temptations; it is the cohabitant with sobriety and chastity. Fasting sends prayer to heaven, becoming like wings for it in its upward ascent. Fasting is the mother of health, the upbringing of youth, the adornment of elders, the good companion of travellers, the true cohabitant of spouses. A husband will not suspect his wife of infidelity seeing that she has the habit of fasting. A wife will not be eaten by jealousy if she notes that her husband has fallen in love with fasting.

A man of desires, the holy prophet Daniel, who did not take bread for three weeks and drank no water, closed the jaws of lions with his fasting; they could not cause him any harm when he was thrown to them in the pit.

The benefit of fasting is open to every kind of life, every state of body—fasting is proper everywhere and at all times. Fasting protects infants, makes the young chaste, and the elder honorable, for gray hair adorned with fasting is worthy of respect. Fasting is the most appropriate adornment of women, the bridle in the blossom of life, the guardian of marriage, the instructor of virginity. Fasting casts out immodest talk, songs, and laughter.

If fasting were to reign over the whole universe, there would be deep peace throughout the world, there would be no warring of one nation against another, and life would not be so lamentable and filled with sorrows, because by teaching people self restraint from excesses in food, fasting would also teach perfect resistance to vices: love of money, greed, ambition, and other evil passions; and life would flow along in deep peace and spiritual serenity. But instead people now chase after luxury as the blessedness of life and have thus introduced this great swarm of evils. The luxurious life of the rich man cast him into the fire of Gehenna, and Lazarus through fasting ascended to Heaven where he rested in the bosom of Abraham.

The color of the faster’s face is honorable (it does not change to shameful ruddiness), his gaze is meek, his gait steady, face intelligent, and in his heart is purity. All the Orthodox saints through the ages loved the fast and observed it. The life of St. John the Forerunner was a fast from beginning to end. The holy apostle Paul fasted, and fasting raised him up to the third Heaven. But for us the most important thing is that this fast is sanctified by the Lord Himself, Who fasted forty days.

Our spirit constantly wars against the flesh; they oppose each other, and therefore if you want your spirit to be strong, bridle it with fasting. The apostle Paul says, But though our outward man perish, yet the inward man is renewed day by day (2 Cor. 4:16). No one has ever received spiritual gifts through abundant food and constant luxury. If the Ninevites had not fasted they would not have escaped the punishment threatened against them. While the Jews fed on manna and water from the rock they conquered their enemies and were always healthy, but when their hearts longed for meat and remembered the fleshpots of Egypt, they did not see the Promised Land.

If you forgive others their offenses, mistakes, vexations, and excess trouble, then you will be forgiven your sins. The Lord will forgive your mistakes, and you will be made worthy to receive great mercies from Him. You forgive the few sins of your neighbor, and God will forgive your numberless transgressions. You forgive 100 dinaras, and He forgives you a million talents. Thus, let us not obey the devil who teaches us to harbor ill feelings in our soul against our neighbor, but let us in simplicity of heart forgive our neighbor all offenses they have caused—also at the devil’s suggestion.

Let no one think evil against another, let no one get drawn into evil suspiciousness toward his brother; for this is the delusion of the enemy of our salvation, who strives in every way to destroy in us the bonds of love and brotherhood, and to sow demonic enmity and aversion. Let us remember the Savior’s commandment: A new commandment I give unto you, That ye love one another (Jn. 13:34), as well as, Owe no man any thing, but to love one another: for he that loveth another hath fulfilled the law (Rom. 13:8, 10).

We should enter into the labor of fasting according to the Lord’s commandment (cf. Matt. 6:16), not with downcast faces but with energetic and joyful faces like true warriors of Christ, entering into battle with sin and our flesh, with the help and cooperation of God’s grace. Anoint thy head with the oil of mercy and your soul with the water of a pure mind, and thy Father, which seeth in secret, shall reward thee openly (Matt. 6:17, 18). The Lord also teaches us to remove our hearts from earthly treasures and from earthly attachments, and encourages us to desire and seek treasures in Heaven.

They are of heavenly origin and are therefore immortal, while earthly goods, as coarse, corruptible, and transitory are not worthy of us, who were created in the image and likeness of God and redeemed by the priceless Blood of our Lord Jesus Christ so that we may delight in spiritual and eternal good things. If our hearts cleave to earthly goods, we through them make our hearts earthly, coarse, low, and passionate, and make ourselves incapable of loving God and neighbor; and love is the main goal and responsibility of our lives.

From Archimandrite Kirill (Pavlov), A Time for Repentance, Moscow Podvorye of the Holy Trinity-St. Sergius Lavra, 2014. People Don’t Fast Because They Don’t Know the Meaning of Lent
Interview with Archbishop Mark of Berlin and Germany on the joy of Great Lent
For many people, Great Lent is a time, let’s be honest, of difficulty and sorrow. Statistics show that every year only three to five percent of those who call themselves Orthodox Christians observe Lent, and even those don’t adhere to it strictly. Why don’t people see the joy of Lent? Wherein lies this joy? How does one who has never observed Lent begin? We spoke with Archbishop Mark (Arndt) of Berlin and Germany.

On Fasting Again
Archpriest Oleg Stenyayev
To those on the new style calendar who are celebrating the Nativity of Christ, we wish all a joyous feast. Please keep this delightful article on fasting in mind for Wednesdays and Fridays, and the other three extended fast periods. But for those who are still observing the Nativity fast, may these instructions encourage you during this final stretch.
Comments
×