They Forgave All and Were Martyred

The funeral and burial service for the five women shot outside St. George Cathedral following the service of the Rite of Forgiveness on Sunday in the Dagestan Republic city of Kizlyar were celebrated yesterday, with thousands coming to bid farewell to the women who are already being considered martyrs, reports the site of the Diocese of Makhachkala.

The coffins with the bodies of the slain Vera, Lyudmila, Nadezhda, Irina, and Vera were brought to the cathedral, where the tragedy had occurred, the night before, and His Eminence Archbishop Varlaam of Makhachkala and Grozny served a litiya for the departed.

22-year-old Kizlyar resident Khalil Khalilov, yelling “Allahu Akhbar!” opened fire on parishioners as they left the cathedral on Sunday, having just forgiven one another for all their sins and offenses. Four of the women died on the spot, the fifth later dying in the hospital. Two other women were also injured, as well as two security guards—who are Moslems. Khalilov was shot by police when he tried to escape. ISIS later claimed responsibility for the shooting, although this is as yet unconfirmed. 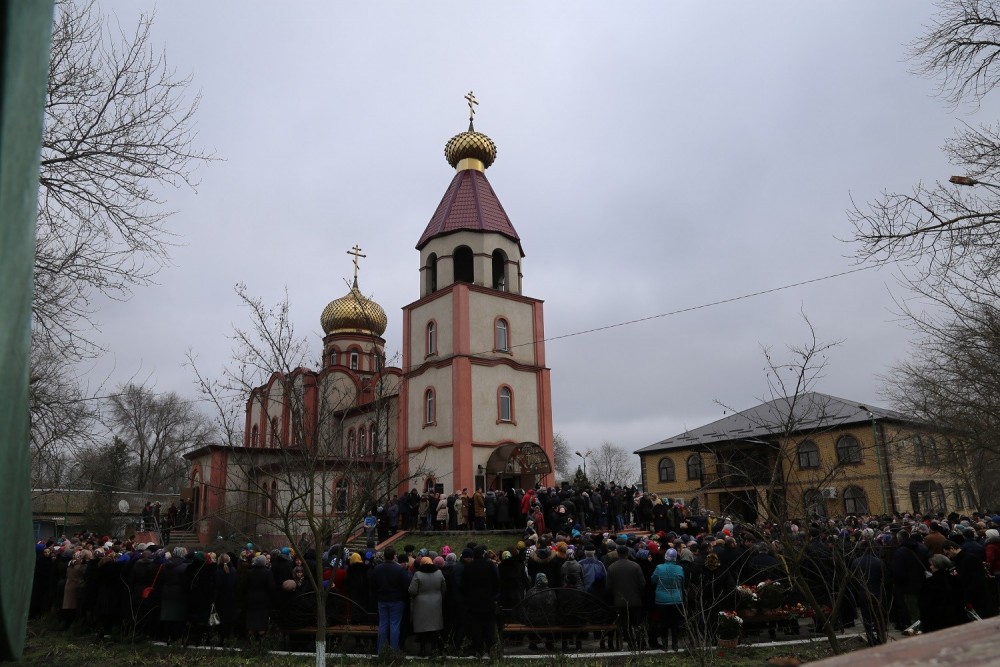 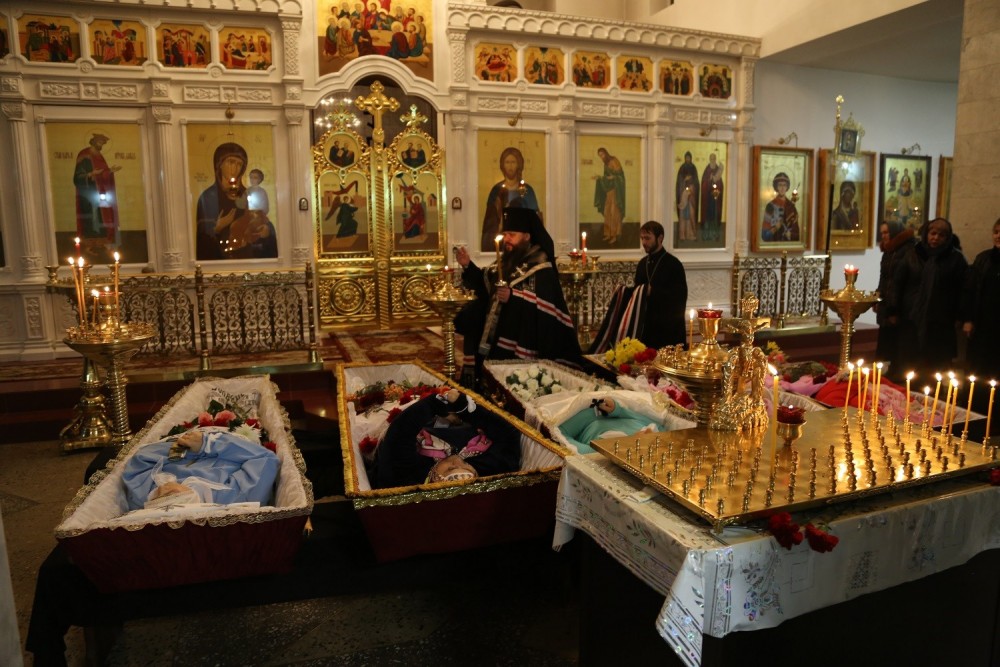 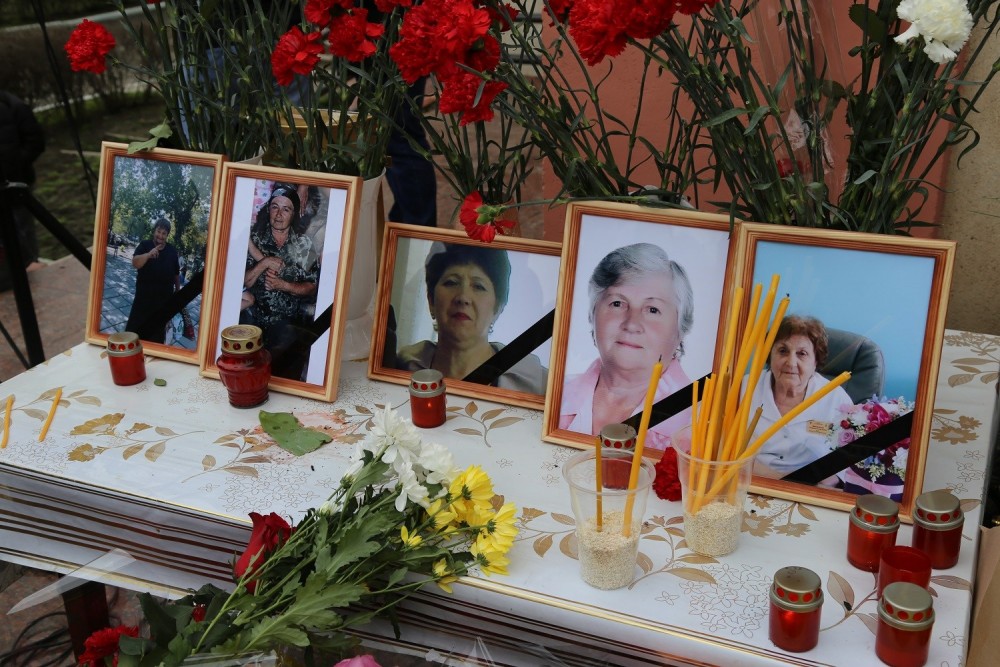 The church remained open the entire night, with clergy taking turns reading the Psalter over the bodies of the reposed. 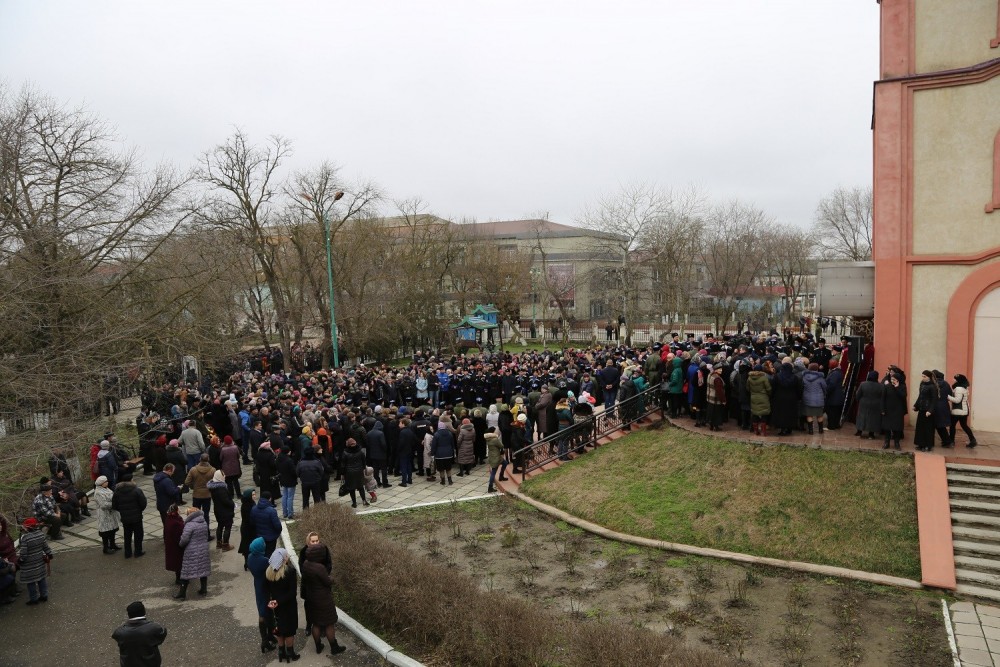 People began flocking to the cathedral in the morning, desiring to bid a final farewell to the women who had died at the hands of the terrorist for being Christians. About 5,000 faithful arrived to accompany the woman on their final path. 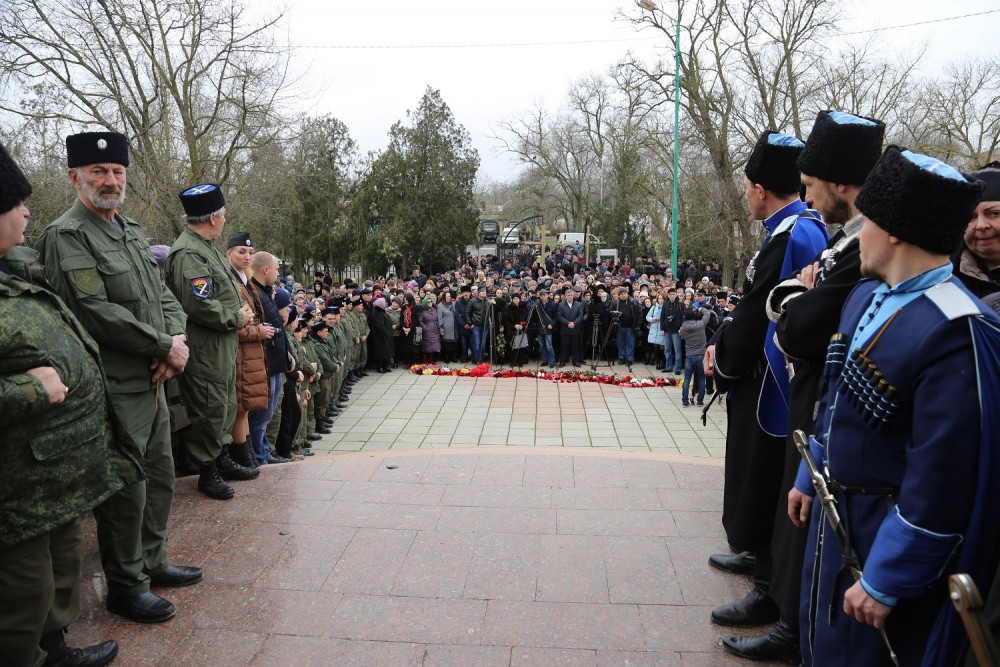 The funeral service was attended by the acting Deputy Prime Minister of the Republic of Dagestan Gasan Idrisov, the acting Minister of National Policy Tatiana Gamalei, the acting Chairman of the Committee for Freedom of Conscience and Cooperation with Religious Organizations Mohammed Abdurakhmanov, Kizlyar Mayor Alexander Shuvalov, the Deputy Mufti Akhmad-Hadji Kakhaev, as well as Cossack representatives, public figures, and Kizlyar residents. 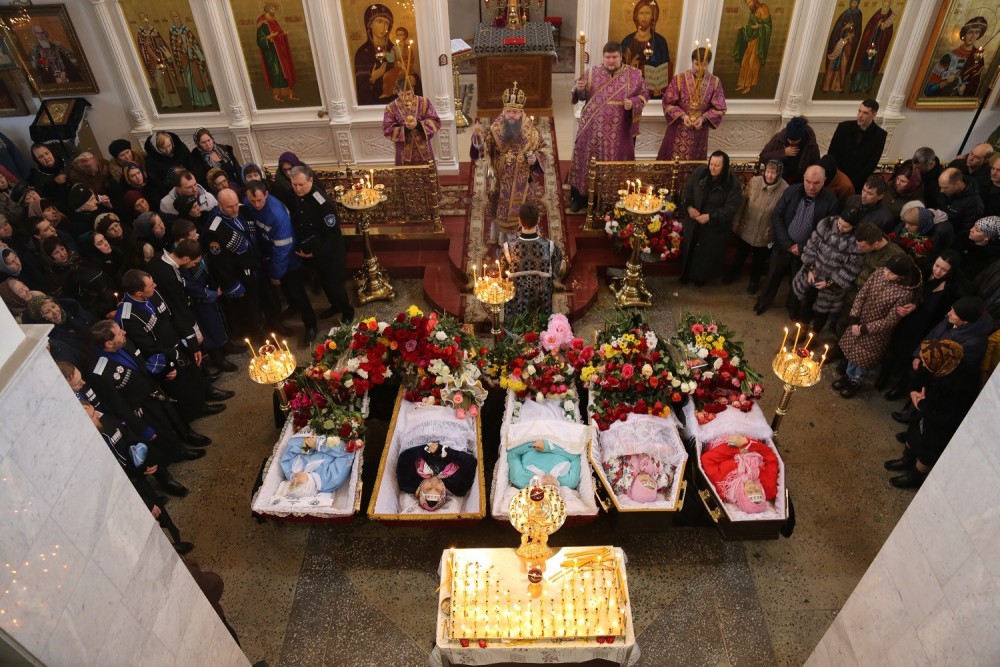 The Funeral Rite was served by Abp. Varlaam with the concelebration of clergy of the Makhachkala Diocese from Dagestan and Chechnya. At the end of the service, all those gathered offered a farewell kiss to the departed and laid flowers at their coffins. 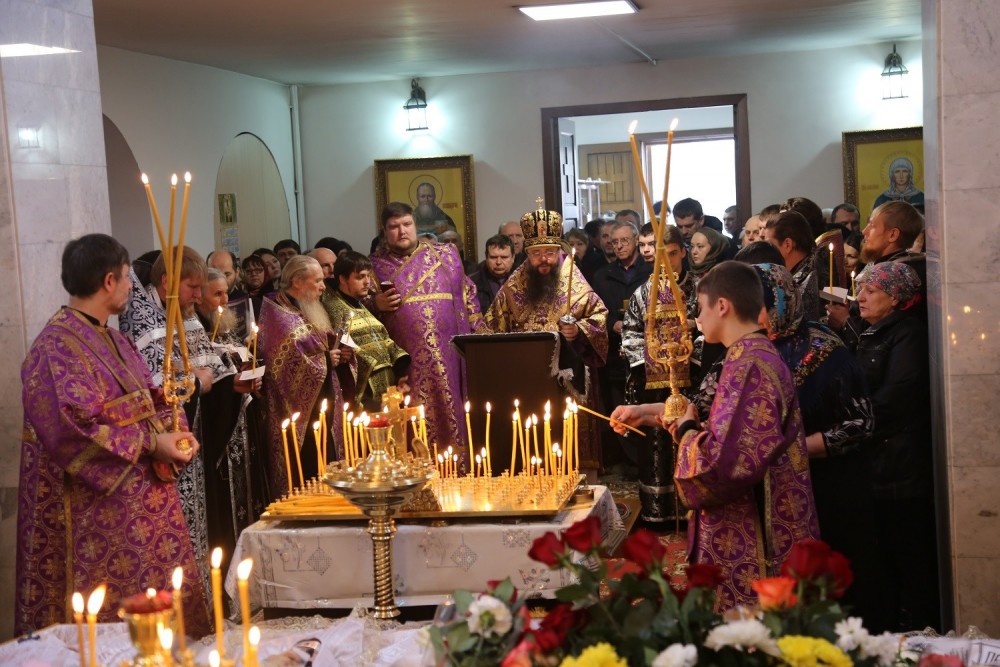 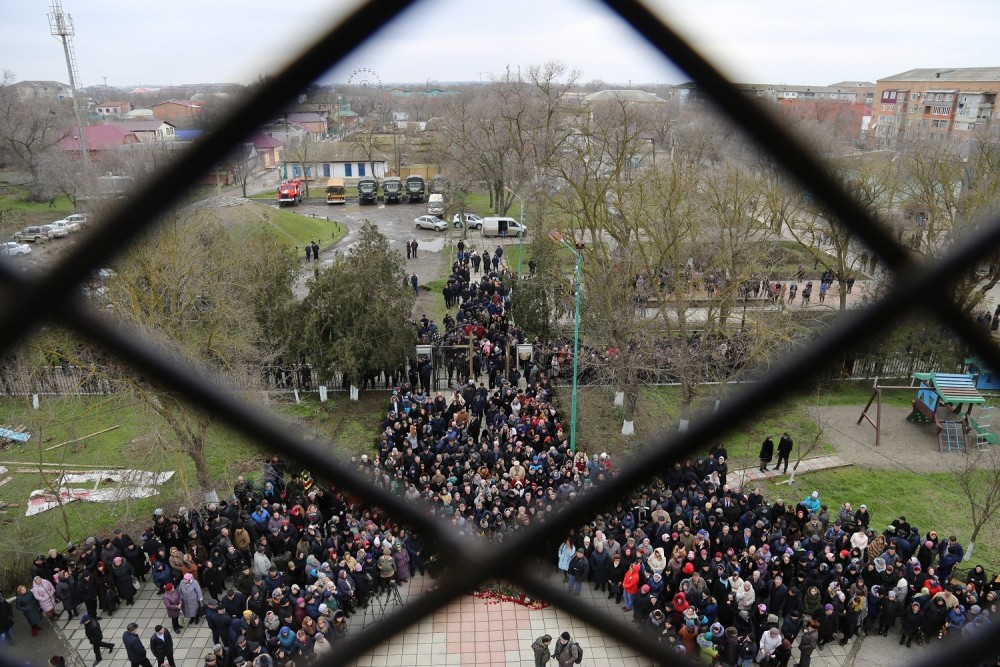 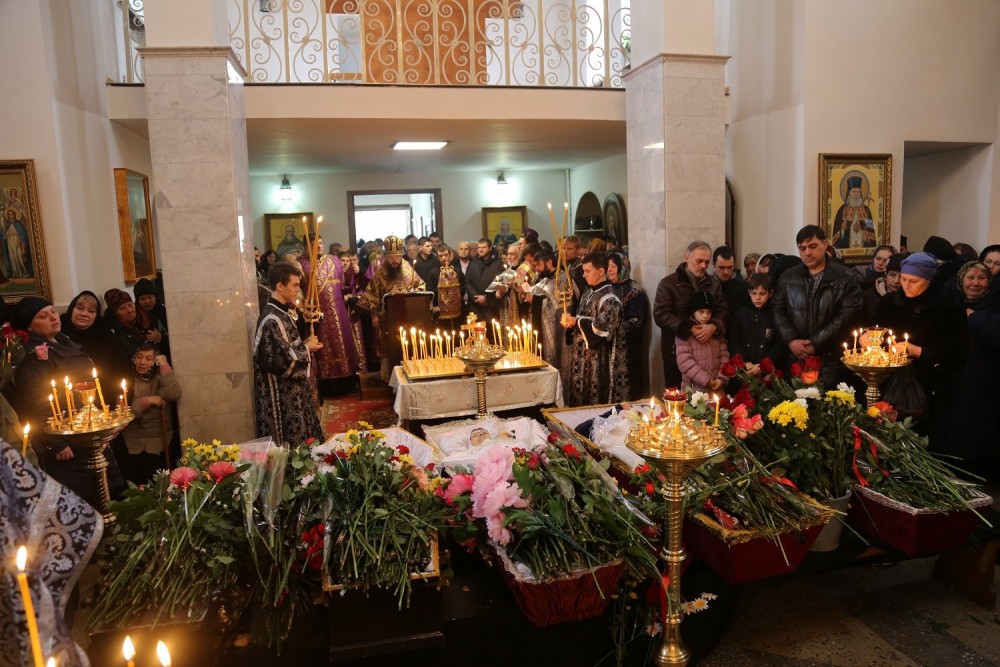 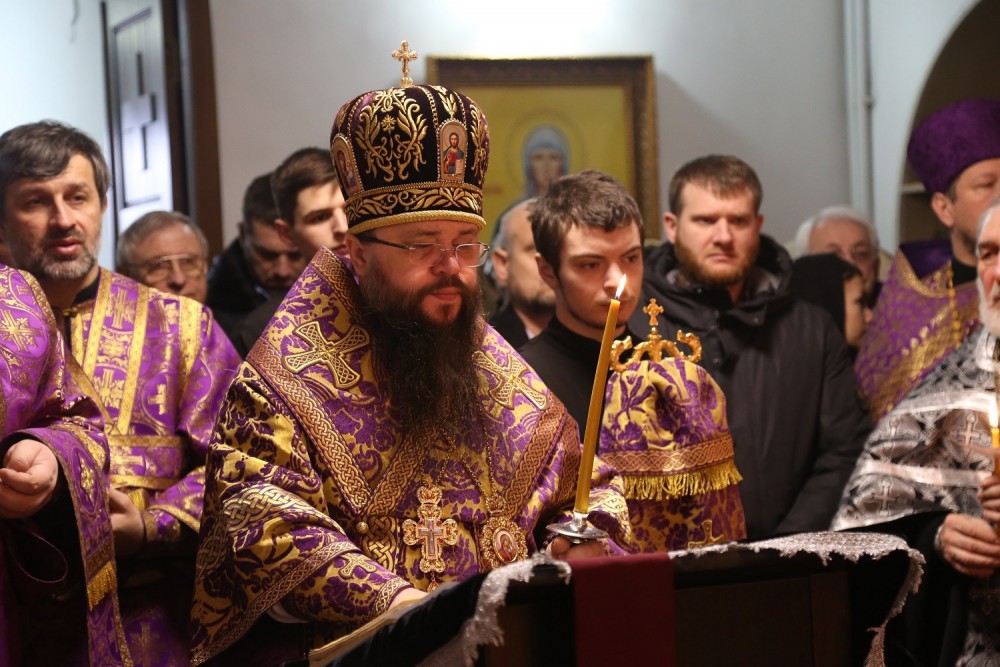 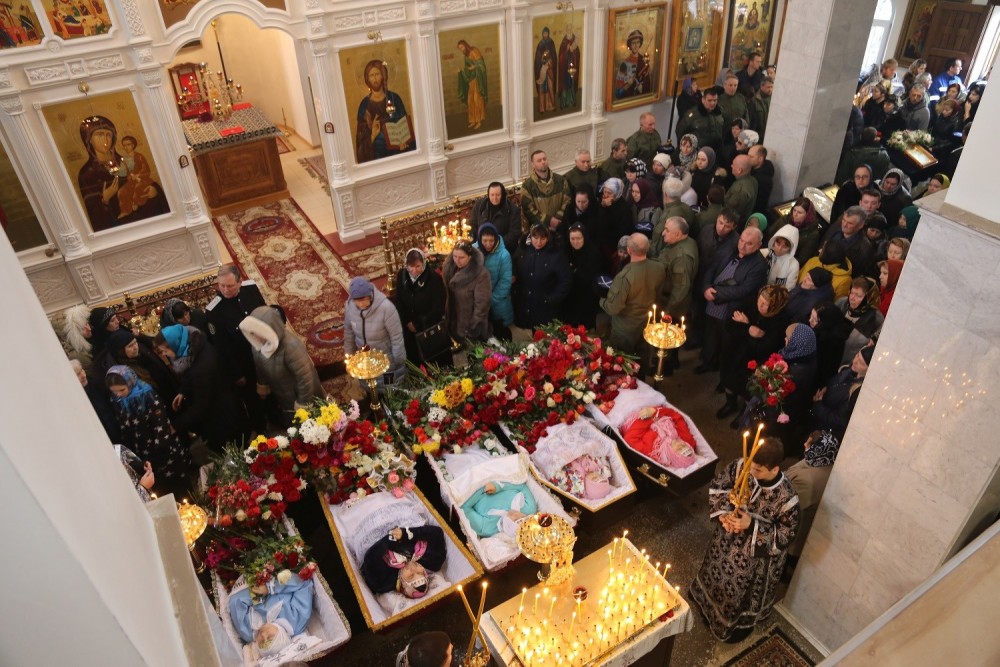 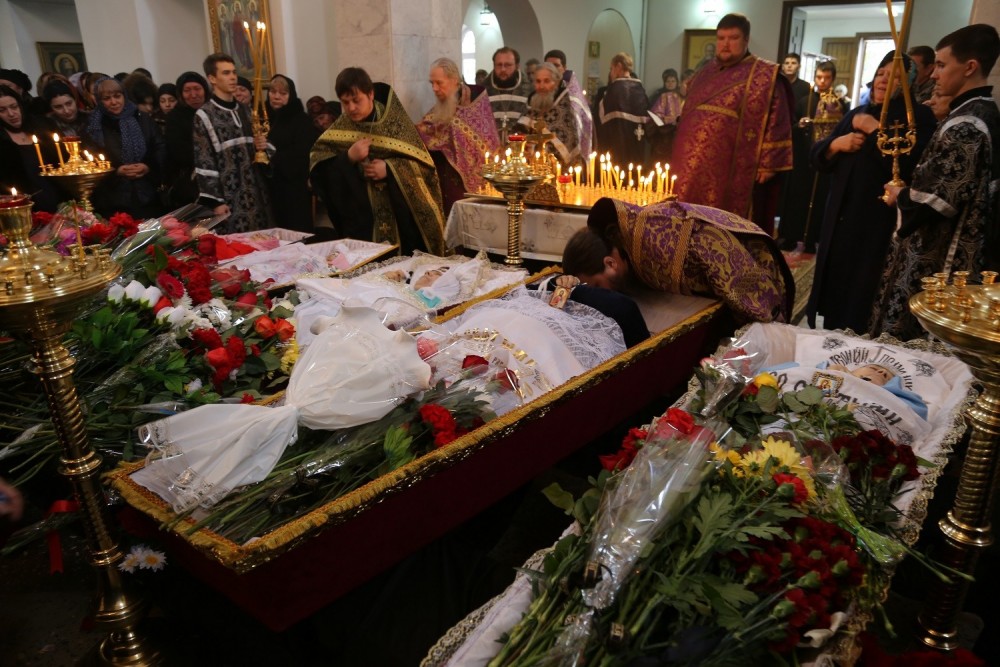 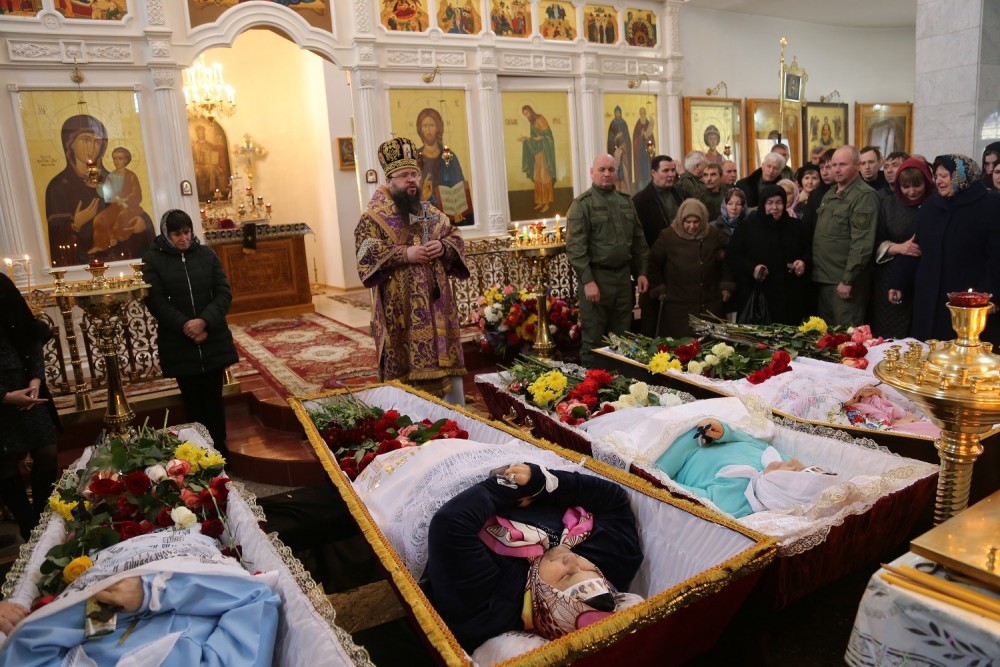 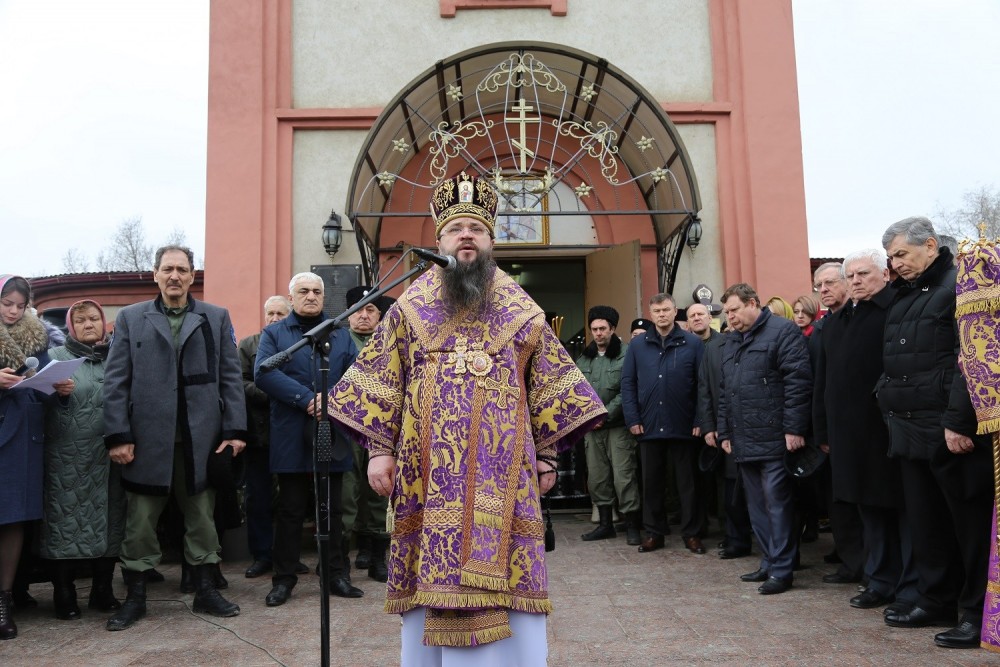 Abp. Varlaam then offered a speech in which he thanked all the concerned citizens for their support of the victims’ families and read out the condolences of His Holiness Patriarch Kirill. The archbishop also expressed condolences from himself and the clergy of the diocese, saying, “May God grant that the souls of the reposed shall dwell in the habitations of the righteous. Let today’s sorrow rally us before the face of common evil, and let blood never be spilled on this earth again.” 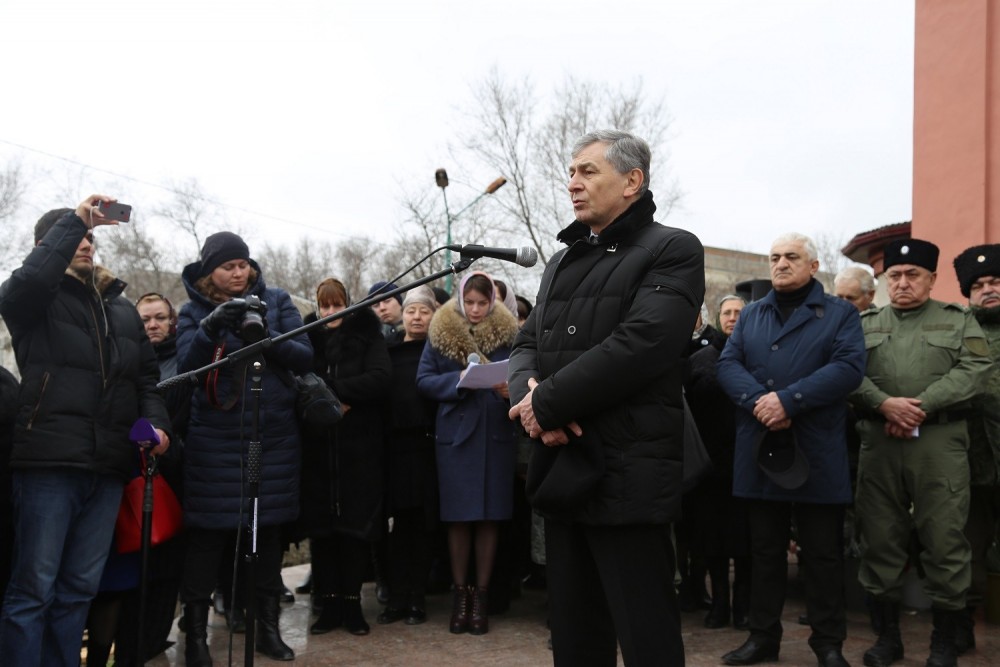 Condolences were also offered from the other officials present at the service, who also expressed their conviction that neither this incident nor any other will destroy the interethnic peace that exists in Dagestan. 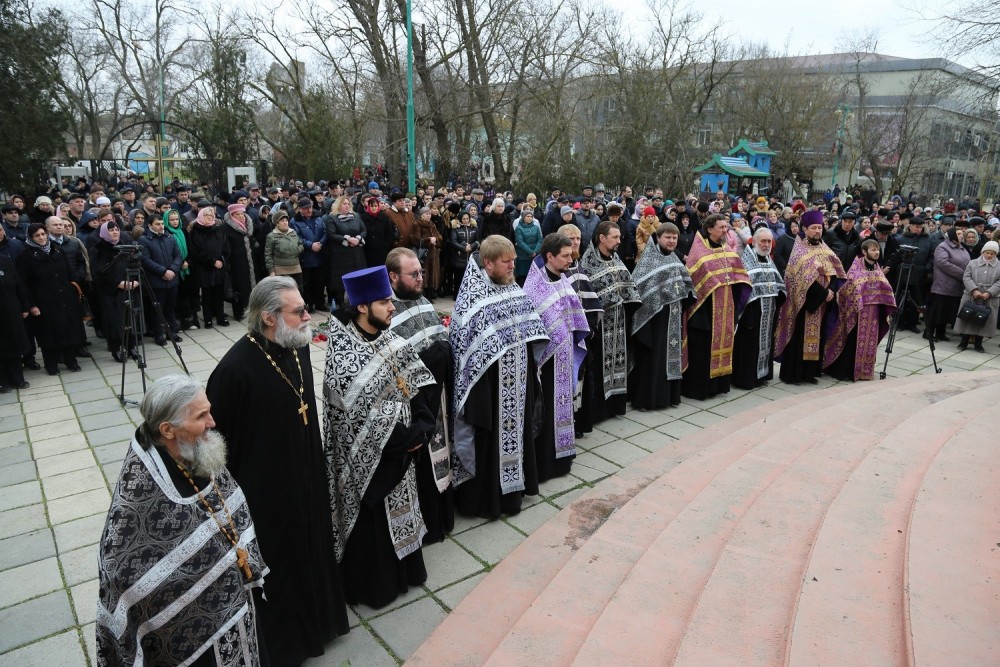 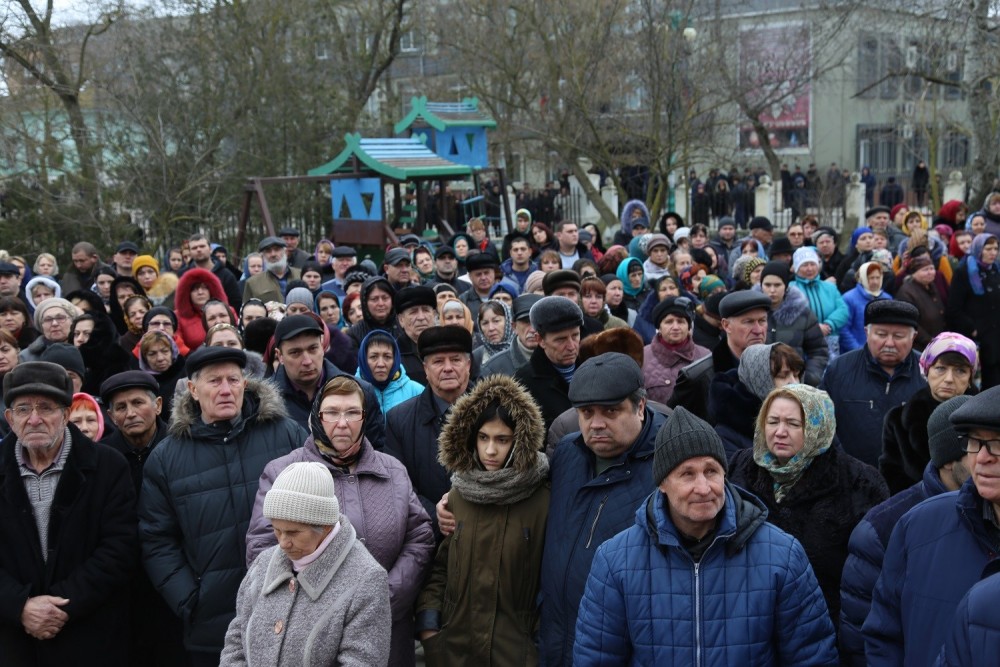 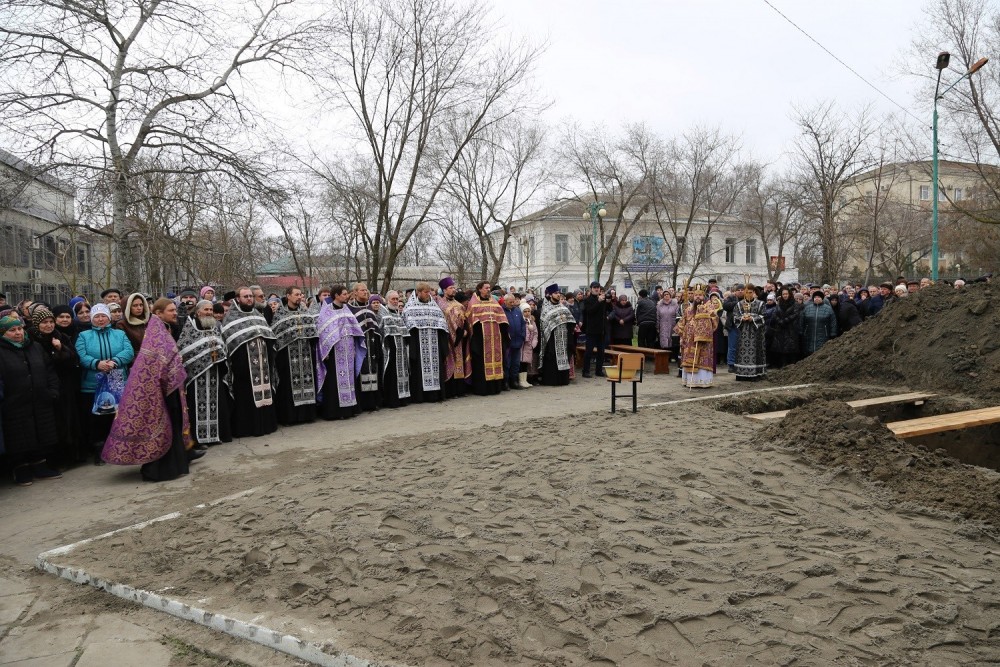 Then the bodies of the innocent victims Vera, Lyudmila, Nadezhda, Irina, and Vera were interred near the church. A memorial meal was held following the burial. 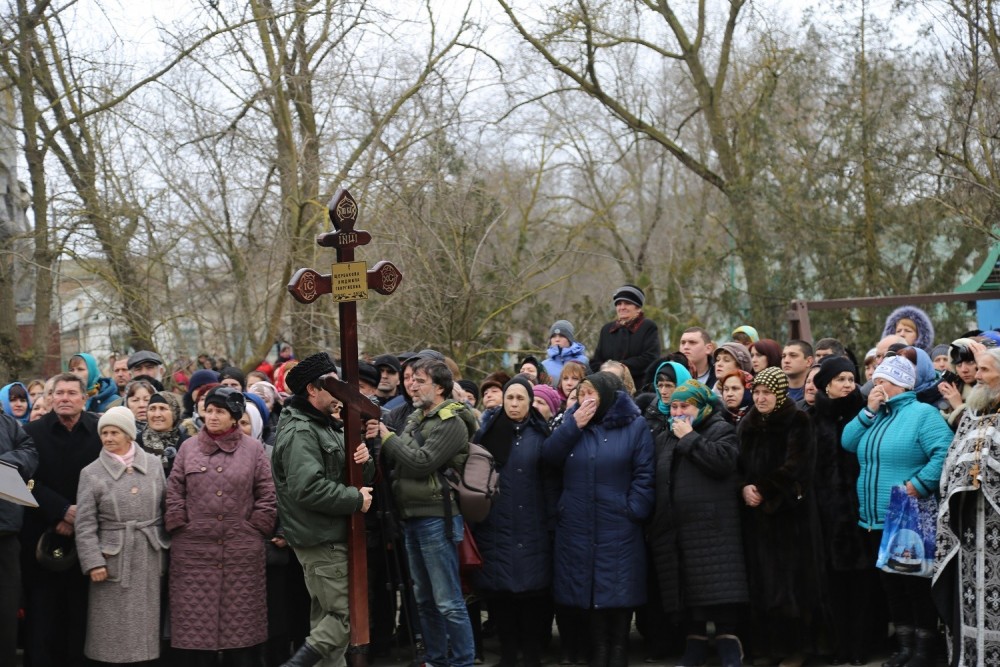 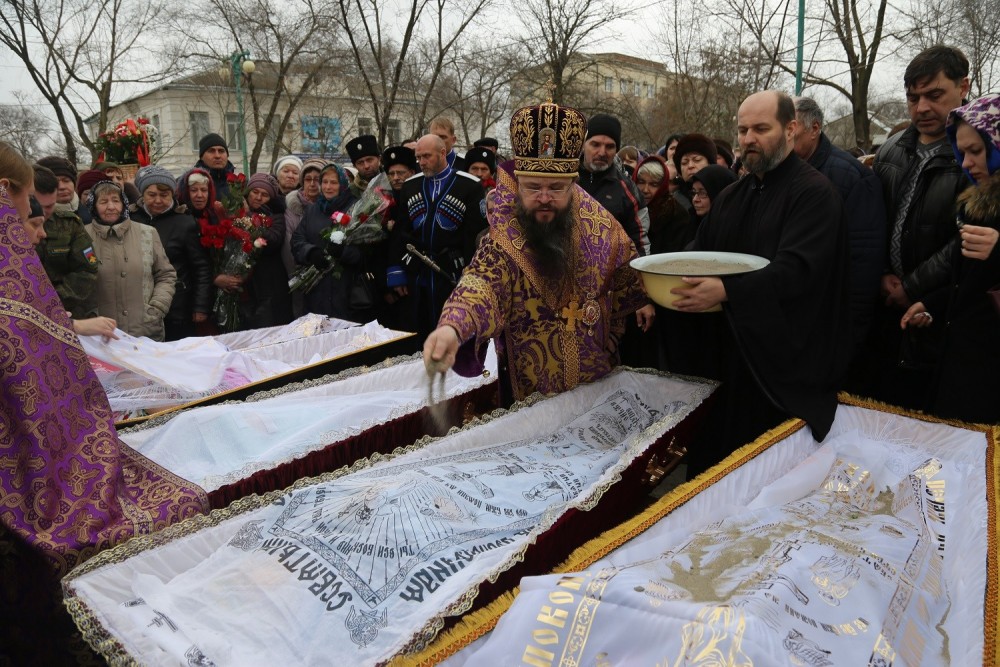 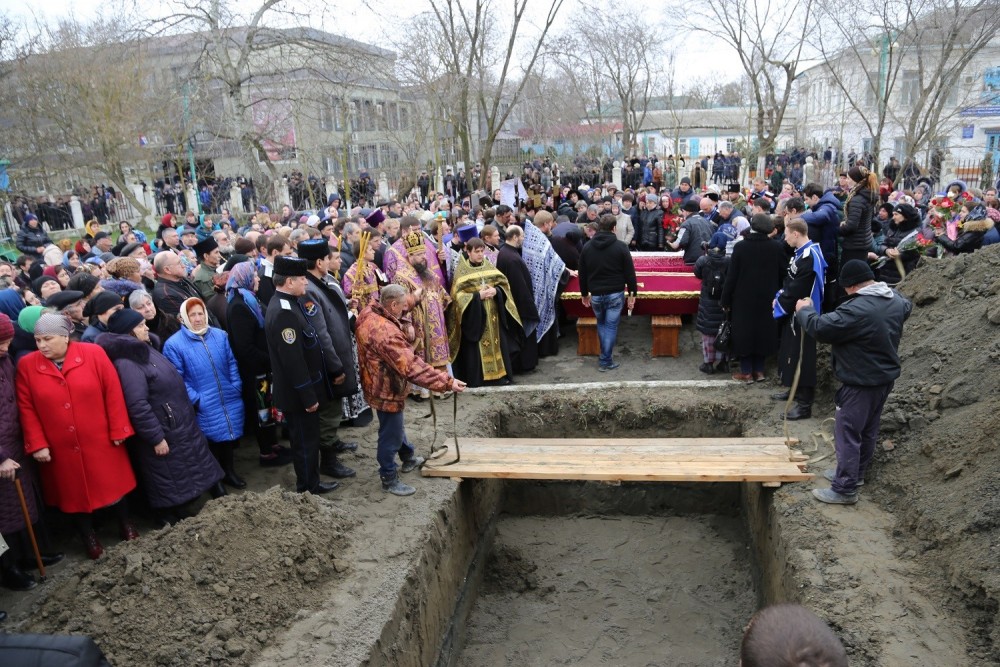 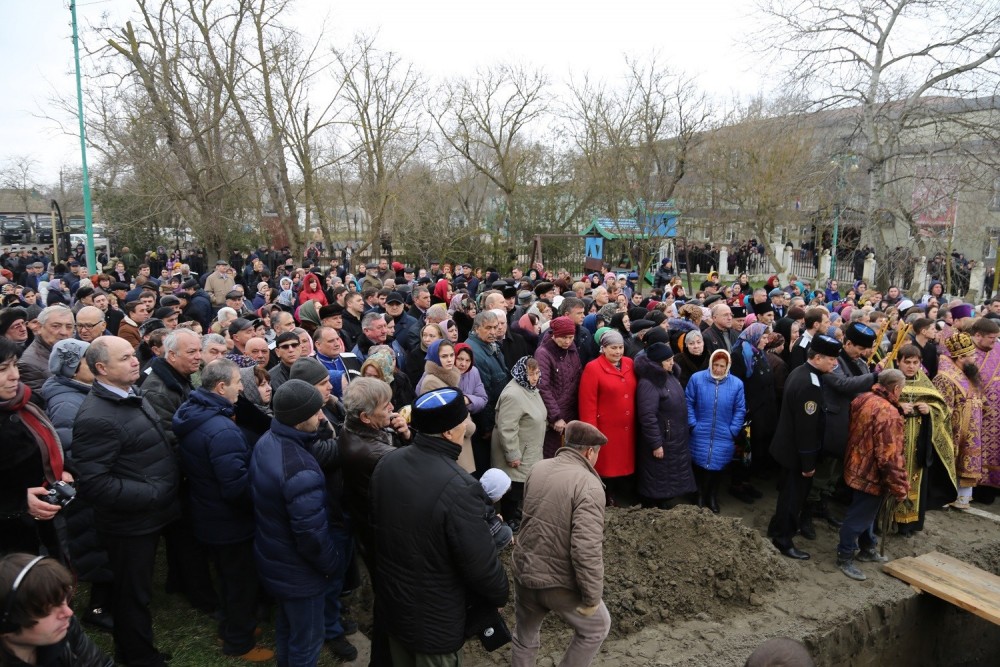 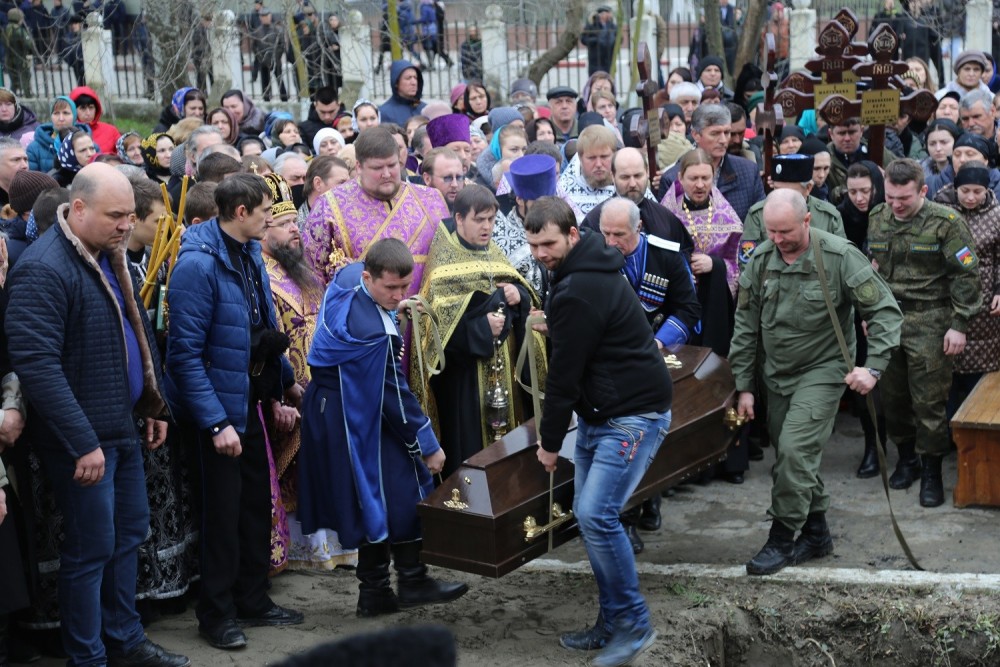 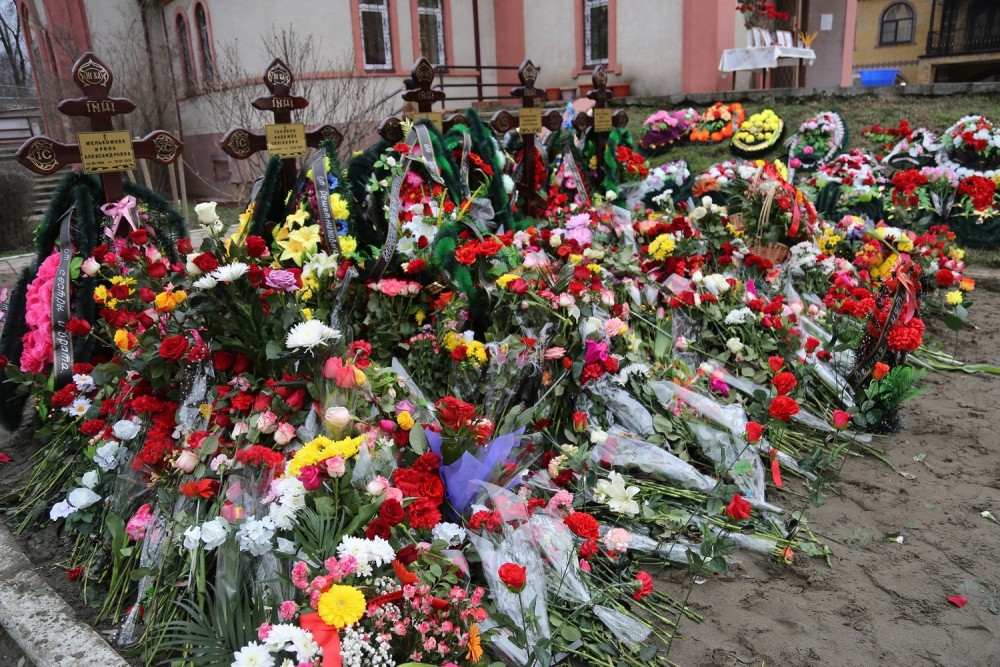 Leonard Maurice Robertson2/28/2018 6:28 pm
May these women be in eternal memory and be among us with the saints!

MARYLENA THEODORE2/25/2018 5:41 am
So sad for them, but I am glad that the community and the church came together to celebrate their life and honor them! All I can say is thank you to all good people on this earth! God be with you to protect you from the evil that unfortunately still exist.

Taylor J.2/24/2018 7:47 am
Lord Have Mercy! My goodness, what a horrible act, carried out outside a holy church no less. Holy New Martyrs Vera, Lyudmila, Nadezhda, Irina, and Vera, pray unto God for Us!

Anthony Vaughan2/24/2018 4:56 am
Thanks very much for this moving & inspiring article & photos. Praise be Jesus Christ now & always.