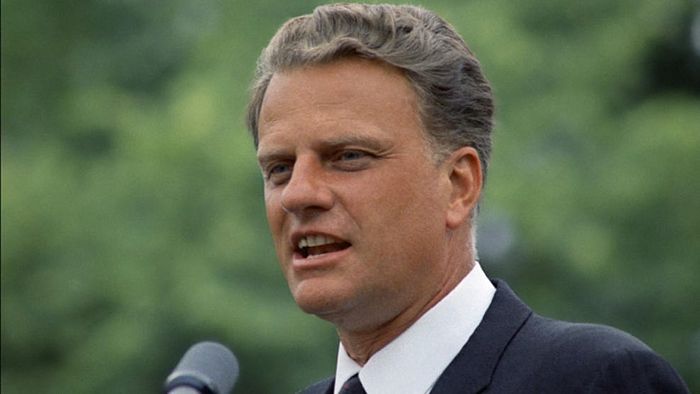 The Reverend Billy Graham, undoubtedly the world’s most famous evangelist of the 20th century, died in his sleep in his North Carolina home yesterday morning, reports ABC News.

Rev. Graham had said in 2005, “Do I fear death? No. I look forward to death with great anticipation. I'm looking forward to seeing God face to face, and that could happen any day.”

A family prayer service will be held Saturday morning, and for two days beginning Monday, Graham’s body will lie in repose at the Graham family home. A funeral will be held next Friday, with the reverend’s children speaking. He will then be buried next to his wife Ruth, who died in 2007, at the Billy Graham Library in a casket made by inmates of the Louisiana State Penitentiary in Angola.

Invitations have been extended to President Donald Trump, Vice President Mike Pence, and the living ex-presidents. Billy Graham was known as the spiritual advisor to several presidents throughout his long life of evangelical work. He was especially close to Dwight D. Eisenhower, Lyndon Johnson, Richard Nixon, Ronald Reagan and both Bushes.

He is also known as “America’s pastor” and largely credited with bringing Evangelical Christianity into the mainstream. 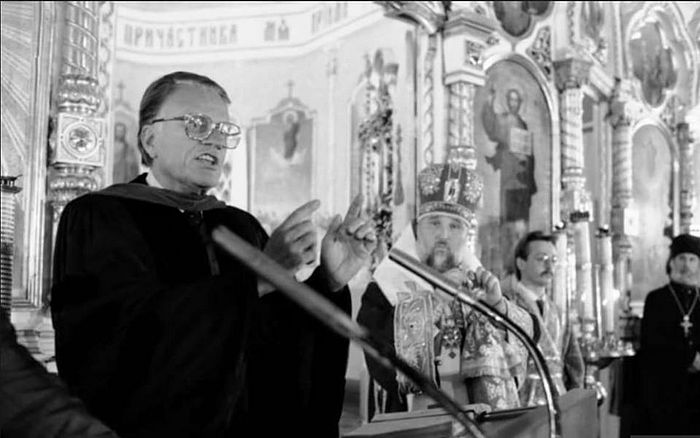 Graham had been in poor health in recent years, and turned over his international ministry to his son Franklin Graham.

The evangelist was ordained a Southern Baptist minister in 1939, began his revival meetings in the 1940s, and went on to preach to more than 2.2 billion people in 185 countries and territories around the world, including radio and television broadcasts. His largest gathering drew 1 million people in Seoul, South Korea in the 1970s. A crusade in New York City ran nightly at Madison Square Garden for 16 weeks.

The Rev. Graham regularly visited the Soviet Union from 1982 to 1992, and often preached in former USSR nations after its fall, as well as in other Orthodox countries, often forging friendly relationships with the local hierarchy. He was known for not undermining, but supporting local Church traditions wherever he went, which sometimes drew criticism from other Evangelicals.

He first visited the USSR at the personal invitation of Patriarch Pimen and spoke at Theophany Cathedral and the Central Baptist Church as part of the international conference “Religious Leaders for Saving the Sacred Gift of Life from Nuclear Catastrophe,” reports Pravmir. 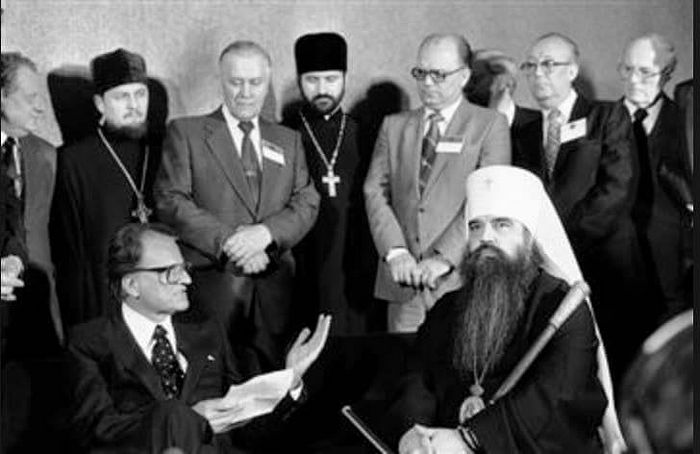 Photo: Society for Orthodox Christian History in the Americas

In 1984, he preached more than 50 times in Orthodox and Evangelical churches in Leningrad, Moscow, Tallinn, and Novosibirsk over the course of a 12-day trip. He returned to the Soviet Union four years later as an honorary guest of the Russian Orthodox Church for the millennial celebration of the Baptism of Rus’.

In 1991, he spoke to 5,000 ministers of churches from the republics of the former USSR in Moscow at the School of Evangelism.

Metropolitan Hilarion (Alfeyev), the Chairman of the Russian Church’s Department for External Church Relations, visited Billy Graham at his home in 2014 to greet him on his 96th birthday. Billy’s son Franklin met with Met. Hilarion and His Holiness Patriarch Kirill the following year in Moscow to discuss the phenomenon of declining moral values. Pat. Kirill warmly recalled to Franklin Graham about having met his father in the past.

He ran the Billy Graham Evangelistic Foundation from its founding in 1950 until 2000, when Franklin Graham took over.

Bob2/26/2018 7:49 pm
Mary's comment was also at the heart of mine. Billy Graham was a man as great as any of the Biblical giants. The respect the Russian Orthodox had/has for Graham was mutual.

Mary2/25/2018 10:12 pm
That he was so well respected across denominational lines is a testament to his tremendous Christian witness.
That the Russian Orthodox Church recognizes a true Christian regardless of denomination speaks to her wisdom and refutes the close mindedness we Orthodox are sometimes accused of.
Lord have mercy.

Bob2/22/2018 8:16 pm
I remember my grandfather, who was very Orthodox, watching a Billy Graham crusade with close attention on a black and white TV while he ate supper in the late '50's/early '60's. Billy Graham's message of the Gospel is the only message at the heart of all Christian denominations that holds the only hope for our salvation.
×