Met. Onuphry tells how one merciful act saved rich man from suicide and led him to Athos 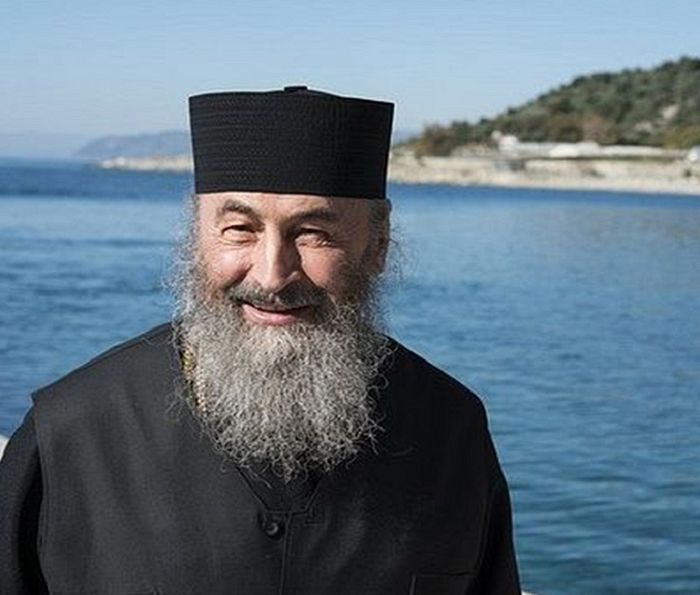 In his sermon for the second Sunday of Great Lent, His Beatitude Metropolitan Onuphry of Kiev and All Ukraine told the story of a rich man who was brought back from the brink of despair by one merciful act, thereby explaining why a life lived for the sake of personal pleasure destroys the soul, while mercy softens and sanctifies it, reports the site of the Ukrainian Orthodox Church.

“Man softens his soul with virtue. It is especially sanctified by the charity we show to the poor, the needy, and the downtrodden,” the primate noted.

During his homily he told the story of a rich young man, reminiscent of the prodigal son, who had received a large inheritance and began to spend it on a dissolute life.

“He wanted to enjoy the gratification of his passions, doing everything he wanted,” Vladyka said. “But the more he sinned, the more that misery shackled his soul. It got to the point that he had completely despaired. Seeing no way out, he decided to kill himself.”

Before taking his life, the young man decided to put his affairs in order, to dispose of his wealth, and then a wondrous event occurred that turned his life around.

“He left his house and saw at the gate a skinny woman in tattered clothes with a child in her arms. It was obvious that they were in great need and were starving to death. ‘I will help these people. It doesn’t matter to me, I don’t need anything,’ he thought, and gave them all the money he had on himself.

“He got in his car and left. However, the image of the woman with the child stood before his eyes, and then he decided to help them so they would never be in need again. He returned and said, ‘Wait for me here, I’ll be back in a few hours and I’ll help you again.’ As soon as the rich man said these words, the shackles of despair as if shattered in his soul. He had never felt such satisfaction and sweetness before as he felt at that moment.

“Driving past a church, he wanted to go in. The man saw there an icon of the Mother of God with the Savior in her arms, and he again remembered the poor woman with her child. It was embarrassing for him, as a man, to cry out loud, so he sat down on the side and began to weep to himself. He wept this way for a long time, repeating ‘Mother of God, save me!’ 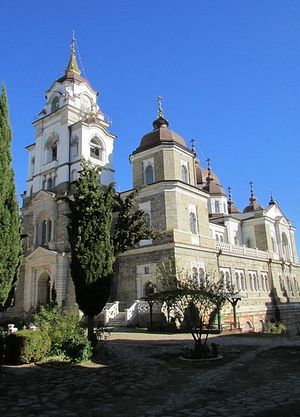 St. Andrew’s Skete on Athos
“It was then that he understood his crime, and understood that he had insulted God. Despair completely left him through his tears of repentance. The rich man rose up a new man, returned home, saw the woman and gave her enough money for not one, but several lives.”

Wanting to avoid the temptation to return to his former way of life, the young man left his country and headed for holy Mount Athos.

“He became a novice at St. Andrew’s Skete on Athos, and began to help the monks, hermits, and other monasteries. And in his skete he built a majestic cathedral—the most beautiful church on Mt. Athos. He ended his path as a hieromonk and was buried on the Holy Mountain,” His Beatitude concluded.

This story teaches us, Met. Onuphry emphasized, how important charity is: “It softens the human soul and makes it supple and obedient to the grace of God. And the grace of God leads man to repentance and correction.” How to Strengthen Your Lenten Prayer Life
Fr. Stephen Freeman

How to Strengthen Your Lenten Prayer Life
Fr. Stephen Freeman
If you want to strengthen your prayers, make friends of the poor. This story is a great illustration... Mercy and Love
Met. Georges Khodr
What is the meaning of the kingdom of God? What does it mean for God to be a king over people?
Comments

Anthony 3/8/2018 8:02 pm
This was a very good and instructive article beloveds. And let us also not forget how one act of ''kindness'' - slapping a beggar over the head with a loaf, saved St Peter the Merciful from the clutches of the demons as he ascended the toll houses - http://www.johnsanidopoulos.com/2010/09/saint-peter-merciful-prototype-of.html