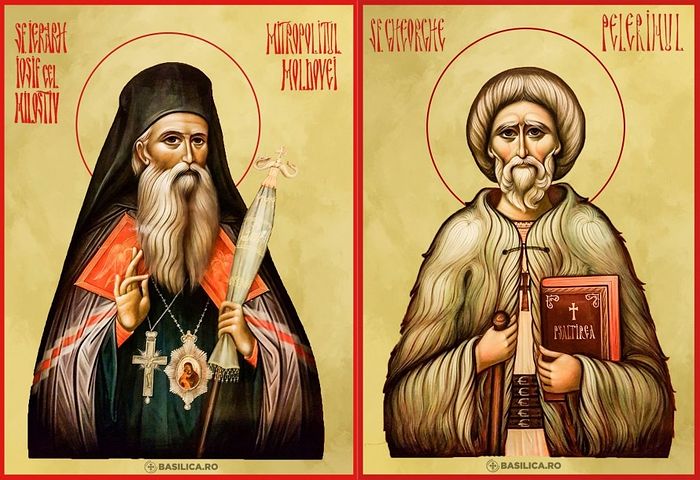 The Holy Synod of the Romanian Orthodox Church resolved to add them to the calendar of saints at its early October working session. They had earlier been proposed for canonization at the June 15 meeting of the Metropolitan Synod of the Church of Moldavia and Bukovina.

Metropolitan Iosif was born in 1820 into the family of the priest Ananias Mihalache, receiving the name of John at Baptism. Left fatherless at the age of 1, he was raised by his mother, Theodosia, until at the age of 10 he was entrusted to the care of a relative, Hierodeacon Theophylact of the Frumoasa Monastery in Bessarabia.

Accompanied by him, in 1831 he went to Iaşi to live in the Monastery of St. Spyridon, which was then under the leadership of the bishop Varlaam Cuza Sardeo

Joining him on this, in the year 1831 he came to Iasi, living in the Monastery ‘St. Spiridon’, which is then under the leadership of Archbishop Varlaam Cuza Sardeon. He then followed Hierodeacon Theophylact to the Monastery of the Holy Prophet Samuel in Focşani, where, on November 23, 1835 he was tonsured into monasticism by Bishop Chesarie, and the next day he was ordained a hierodeacon.

Gheorghe Lazar was born in the village of Șugag, in Alba county, in 1846. He married at the age of 24 and was blessed by God with five children. He led an honest Christian life of work, prayer, fasting, and alms. Four New Saints Glorified by Romanian Orthodox Church
Meeting on Thursday February 25, 2016, the Holy Synod of the Romanian Orthodox Church decided to canonize the Venerable Daniil and Misail of Turnu Monastery, to be commemorated on October 5, and the Venerable Neofit and Meletie of St&#226;ni&#351;oara Monastery, to be commemorated on September 3.
Comments
×