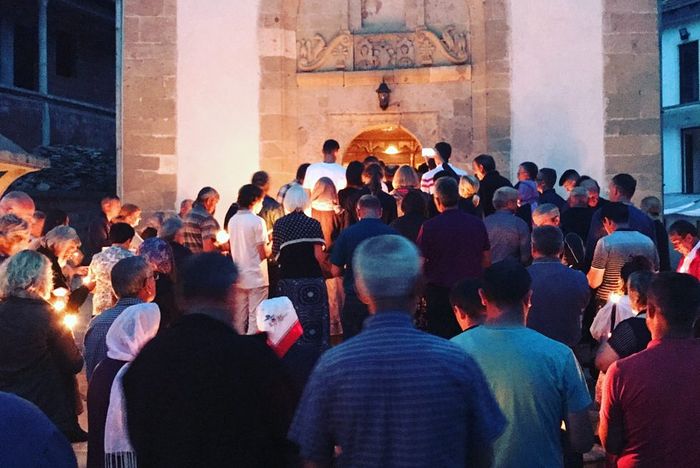 Draganac Monastery of the Holy Archangels Gabriel and Michael, a small monastery in Kosovo and Metohija, has recently unveiled a website in English about the monastery, the local region, and its history and present state. This is the only such website in English, about one of the ancient monasteries now living under Muslim rule in Kosovo.

The site contains a presentation of the young brotherhood, which was re-established in the ancient but abandoned monastery in the 1990s thanks to the efforts of Visoki Dečani Monastery. The abbot is Archimandrite Ilarion, and the brotherhood numbers 12 members, one of the larger monastic communities at present in Kosovo, where the situation for Orthodox Christians is an extremely difficult one. Following the violent attacks and subsequent mass expulsions of the Serbian Orthodox population in 1999 and 2004, Orthodox Christians who remain in Kosovo are mostly forced to live in small, rural, isolated ethnic ghettos, barred from participating in general society, where there are few prospects for employment and the psychological impact of living in prolonged isolation can be crushing. More and more Orthodox Christians continue to be forced to leave Kosovo, and with each one that leaves, the situation becomes all the more difficult for those who remain. 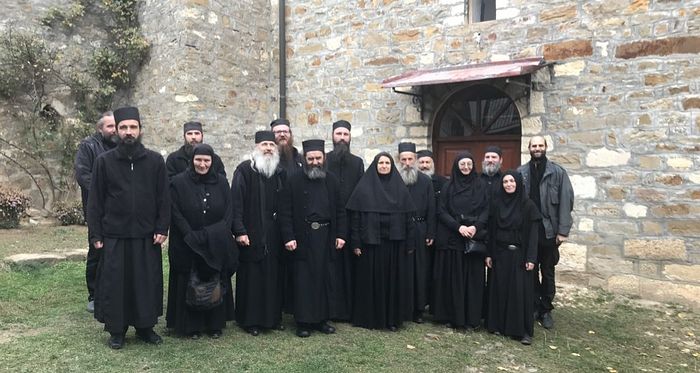 The brotherhood of Draganac Monastery, besides keeping the full cycle of Church services and frequently serving Athonite-style All-Night Vigils, diligently works both to sustain itself and to sustain and encourage the continued existence of Orthodox Christianity in Kosovo and Metohija. The monks themselves make incense, wooden crosses, English translations of Orthodox texts, ceramic products, cheese, and maintain a large garden to produce much of their own food, while the monastery is also a source of both spiritual refreshment and material help for the Serbian Orthodox Christians who live in scattered, isolated villages in the region. 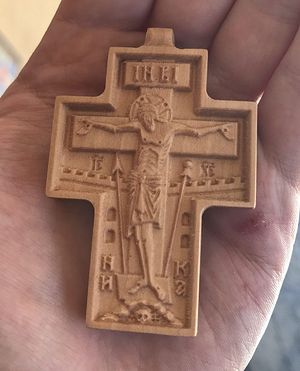 Hand-carved neck cross. Photo: draganacmonastery.com
After the 1999 war and subsequent violent pogroms against Serbian Orthodox Christians, Draganac Monastery is the only living monastery remaining in the eastern region of Kosovo, the others having been destroyed in the war. It is also the only real focal point for the local people, as Serbs are forbidden from living in cities and thus live scattered in small enclave villages. Some say it was the existence of Draganac Monastery itself and its active outreach to the local Christians to support and encourage them in the hardest times following the 1999 war that resulted in this particular region having a larger number of Serbs remain in their homes and villages compared to other regions.

However, despite the brothers’ hard work, the monastery is in need of help from Christians abroad in order to keep going. The brothers make incense and wooden crosses, yet because of the realities of living in an often hostile, Muslim-majority society where the local Christians are frequently in great need themselves, there is little opportunity for the monks to sell what they make in Kosovo.

Thus, they created their website to inform the public abroad about the situation in Kosovo, but also with an online store, hoping that charity would move Christians abroad to help the monks out by purchasing their goods. Everything for sale is made by the brothers themselves, and is of high quality. Thanks to a kind benefactor across the border in Macedonia who helps them with shipping, the monks are even able to offer free shipping on orders over 50 euros for the time being. 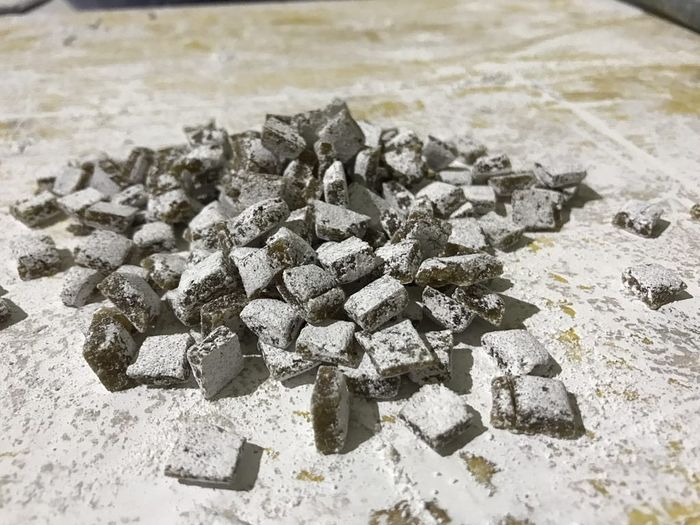 Please, help support the continuation of Orthodox Christian life in Muslim-dominated Kosovo, and help strengthen monks and local people with your contributions, which show them that the world has not forgotten them, and that in Christ, we are united, even across great distances.

The website of Draganac Monastery can be found at www.draganacmonastery.com The brotherhood hopes that in time, the website will contain more information about present events in Kosovo, and include more of the monastery’s products. “Only the One Who is a Child Can be Called a Father.” St. Prohor Pechinskii and Fr. Seraphim Rose
Abbot Ilarion (Lupulovic) Gracanica Monastery of the Dormition—the Serbian Pearl
Photogallery
Gracanica is one of the pearls of medieval Serbian culture, and one of the most significant places in Serbian history and spirituality. With its name are connected many works of art and literature, beginning from the middle ages to our own times. In the fourteenth-fifteenth centuries, the monastery was at its height. There were hundreds of monks laboring there, leading intense spiritual lives and developing trades and handicrafts.
Comments

Antonis3/14/2018 3:20 pm
Dear administrator of the wonderful page, in regards to your recent article
“SUFFERING KOSOVO MONASTERY UNVEILS ENGLISH-LANGUAGE WEBSITE AND STORE” : it’s mentioned “the border with Macedonia..” . As Greek and Christian Orthodox this remark insults me deeply. Please correct . Mount Athos is part of Macedonia and as you already know it’s in Greece.
Please correct with either FYROM or FORMER YUGOSLAV REPUBLIC OF MACEDONIA.
thank you
×