Seaside Orthodox church consecrated in honor of Theotokos in Spain 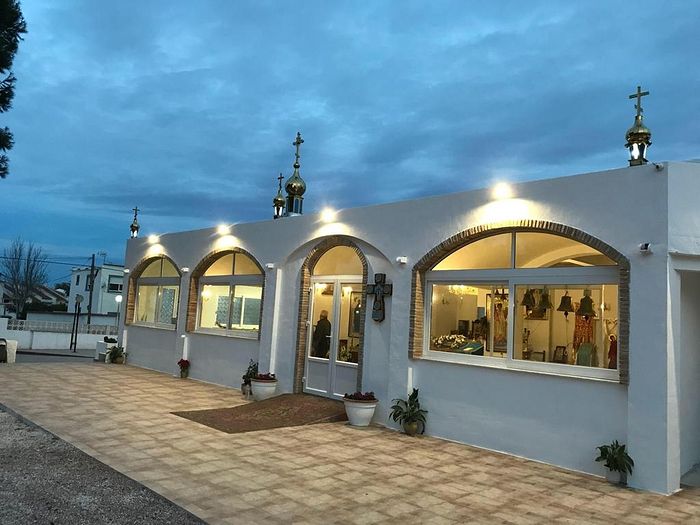 His Grace Bishop Nestor, administrator of the Diocese of Korsun, celebrated the Great Consecration of a new parish in the seaside city of Torrevieja, Spain on Sunday. The church, located less a quarter of a mile from the Mediterranean Sea, was consecrated in honor of the feast of the Nativity of Most Holy Theotokos, reports pravoslavie.ru.

The Diocese of Korsun ministers to Russian Orthodox parishes, monasteries, and communities in France, Spain, Portugal, and Switzerland.

Relics of the Holy Unmercenaries Sts. Cosmas and Damian were placed in the altar during the consecration. Following a cross procession, Bp. Nestor, having anointed the holy relics with chrism, placed them together with his gramota of consecration in a small ark inside the altar table and sealed it up. The placing of relics into the altar table recalls that the Church was confirmed on the bones of the martyrs during times of persecution.

Then Vladyka Nestor celebrated the first Divine Liturgy in the newly-consecrated church, joined by the parish rector Archpriest Yaroslav Dybach and other area clergy. 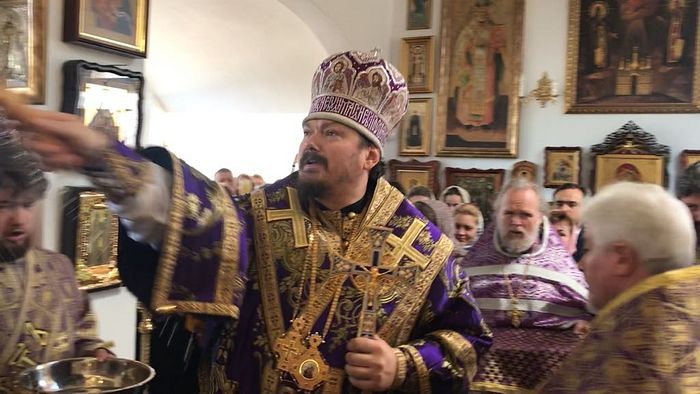 About 400 faithful made up the congregation, including parishioners, pilgrims, and visitors from various parishes in Spain.

Following the Divine Liturgy, Bp. Nestor addressed the congregation with a homily for the Sunday of St. Mary of Egypt and congratulated the parish community with their newly-consecrated church building.

The purchase of the church building and adjacent 1,435-sq. yd. plot of land in the fall of 2017 was made possible by the active collection of funds by the clergy and parishioners of the Nativity of the Theotokos parish community. Seville’s Spanish Orthodox Hermitage
Tudor Petcu, Francisco Jose Pino Rodriguez
Most of the Orthodox parishes in Spain seldom use our language, so one of the aims of the House is to contribute to revert this tendency by celebrating services in Spanish and providing our clergy and lay members with suitable liturgical material in order to do so. We will also have conferences about the lives of Hispanic saints, etc. Worship spaces for two new communities of the Moscow Patriarchate consecrated in Spain
Bishop Nestor of Korsun has consecrated the church premises for the newly-formed community of Our Lady of Kazan in the Spanish city of Alicante. Mayor of Barcelona promises to help in building Orthodox church there

Mayor of Barcelona promises to help in building Orthodox church there
The Russian Consulate and the Annunciation community of the Corsun Diocese asked Barcelona mayor Xavier Trias to allot a piece of land for building a church.
Comments

Nick9/13/2018 5:28 pm
Roman, apparently you are Catholic. Perhaps you haven't noticed that the Catholic churches are rather empty in Europe, and instead of turning them into bars or coffee shops the Catholic authorities are allowing the immigrant population to use them. For them, an Orthodox church is better than no church, and the Orthodox are grateful. And since when don't Ukrainian Catholics worship freely? Especially in western Ukraine, where they brutally forced out the Orthodox in the 1990's. Stop spreading lies.

Roman9/13/2018 1:11 pm
WOW! An Orthodox bishop again intrudes into the canonical territory of the Roman Pope; opens churches in the Pope's canonical territory; receives land free of charge from Catholic authorities! How nice it would be if the ROC would reciprocate and recognize right of Ukrainian Catholics in Russia to worship freely; give land for the construction of their churches; allow them to legally form and register parishes. Or is this too much to expect from the ROC?!
×