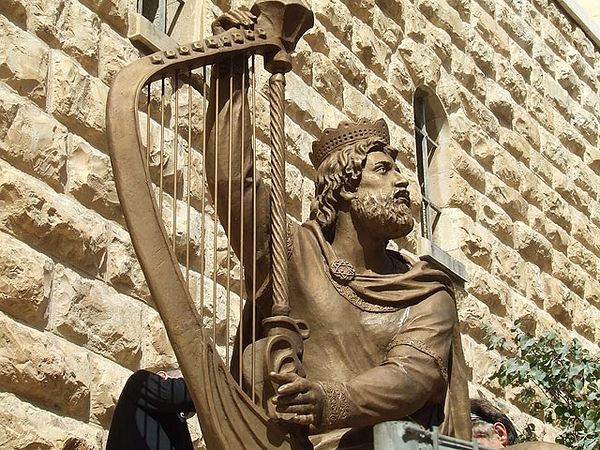 A monument to the holy King David, installed on Mt. Zion almost a decade ago by the Russian Charitable Foundation of the St. Nicholas the Wonderworker, was dismantled today. The statue had previously been vandalized several times, reports newsru.co.il.

The reason for the monument’s removal is not yet clear, and no response has yet been offered by the mayor of Jerusalem.

St. Nicholas Foundation director Nikolai Goryachkin stated that he was not aware of the dismantling but is very concerned about what is happening. He noted that as the monument was a gift to Israel, it does not belong to the foundation anymore, but its donors are still concerned about its future.

The statue has suffered damage several times, with repairs not always being carried out very quickly. Attackers knocked off fragments of King David’s face several times, and the damage remained visible even after repairs.

The monument was installed in October 2008 near the Tomb of King David, under the walls of the Church of the Dormition of the Theotokos. The bronze statue was received by Israeli authorities as a gift from the Russian charitable St. Nicholas Foundation. A 120-person Russian delegation arrived for the consecration of the monument at that time.

The cost of creating and installing the monument was about $2 million.

From the very beginning, the installation of the monument in the old section of the city, realistically depicting the holy King and Prophet David, was negatively received by many representatives of the ultra-Orthodox Jewish community.

Foundation director Nikolai Goryachkin confirmed that the monument had been installed with the full consent of the Israeli authorities and the blessing of the Russian Orthodox Church. Attempt made to rob Russian convent in Jerusalem

Attempt made to rob Russian convent in Jerusalem
"The assailants broke into the administrative building after switching off the alarm system and security cameras," the Russian Spiritual Mission in Jerusalem said on its website.
Comments

Shemariah baht israel10/23/2021 5:50 am
They dismantled it for the same reason they knocked the noses off the statues on Egypt, they dont want us to know they were black cuz then we would know we are the true children of God. The Israelites

Baunchi6/30/2020 11:18 pm
Realistically depicting the holy King and Prophet David, was negatively received by many representatives of the ultra-Orthodox Jewish community. Get it?....He was Black! Big nose, full lips just like the other 12 tribes of Yisrael! They are converts...revalations ch 2 vs 9 makes sense when you look at who Claim to be jews NOW!!"...but don't listen to me... I'm High!

Manuel Albacete10/6/2019 11:57 pm
Just curious to know . . . who was the sculptor of the Holy King David statue in Jerusalem recently dismantled?

Castrese Tipaldi3/28/2018 2:11 pm
On a secular note, try to dismantle one of the countless memorial for the holocaust so-called, and you will see who own the political class in the Demonocracies around the world, and every media outlet there. I strongly protest this shameful act of antisemitism!